Sexual Abuse by Under 18’s on Rise UK Police says

Police figures show that sexual abuse committed by under 18’s is rising. They abuse other children, with many incidents allegedly taking place in schools.

"We are dealing unequivocally with the tip of the iceberg."

Shocking police figures have revealed that sexual abuse by under 18’s has witnessed a rise. Between 2013 and 2017, over 30,000 cases of this type of abuse were reported to police.

Out of these cases, 2,625 allegedly took place on school premises. This highlights the worrying increase of sexual crimes children inflict on other under 18’s.

BBC Panorama obtained the police figures after a Freedom of Information request. They will now air the findings on a documentary. It will air on 9th October 2017, on BBC One at 8.30pm.

With these findings, they hope it will tackle this concerning issue. Especially as 74% of these alleged cases resulted in no further action.

These statistics contain reported incidents between 1st April 2013 – 31st May 2017. Released by 38 police forces across England and Wales, they ultimately show a rise in this type of sexual abuse, known as ‘peer on peer’. 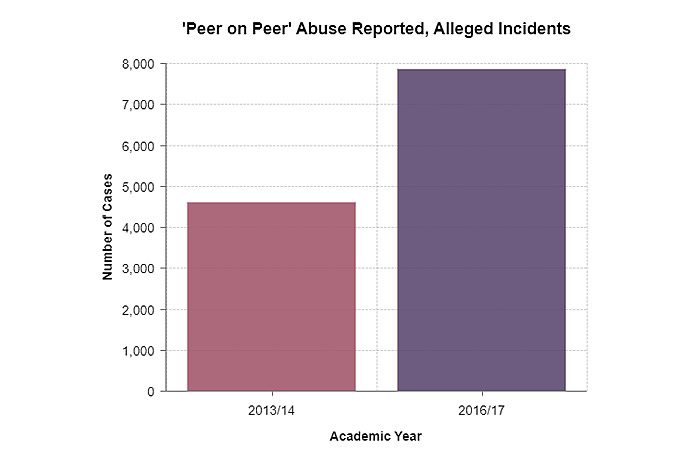 Regarding the 2,625 alleged incidents reported on school grounds, 225 involved claims of rape. Committed by under 18’s on other children, both in secondary and primary schools. Reported rapes also witnessed an overall increase, from 1,521 to 2,223 between 2013/14 and 2016/17.

Sexual offences on school premises also increased from 386 to 922 in the respective years. Perhaps most shocking of all lies in sexual abuse committed by children aged under 10. Reported incidents rose from 204 in 2013/14 to a worrying 456 in 2016/17.

“We are dealing unequivocally with the tip of the iceberg … we are seeing an increasing number of reports, we are seeing significant examples of harmful sexual behaviour and the lives of young people blighted and traumatically affected by sexual abuse.”

Impact of Sexual Offences by under 18’s

The BBC Panorama documentary will also explore the impact this ‘peer on peer’ abuse has on children. Anonymously interviewed, they will share the aftermath of such offences, including the struggles of reporting incidents.

Many of them revealed how they became subjects of bullying and torment, with others often disbelieving their claims. One interviewee explained:

“It’s not what actually happens that has the worst effect on you, it’s what comes after it. It’s the being disbelieved – it’s the people failing you”

Others also recounted the experiences they suffered, saying: “We’d be on the bus, they’d throw things at me or shout things and make comments. It’s not always even him, it’s his friends.”

In addition, anonymous children shared how they faced difficulties in getting support from schools and authorities. For example, another interviewee said: “There was no talk about the police or telling his parents or taking it further, it was only really, ‘oh block him’, or ‘stay away from him in lesson’.” 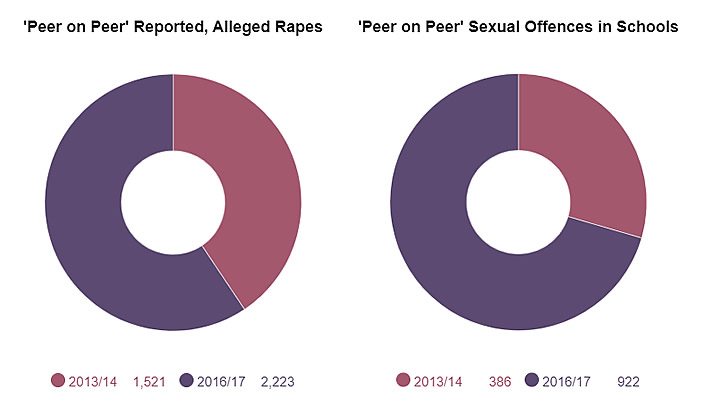 However, one must also consider the regulations set in place on schools and safeguarding. Teachers have a duty to report allegations of sexual offences committed on children.

In their guidelines, the Government do acknowledge that under 18s may commit acts against other children. But there aren’t legal duties on what to do when a child becomes accused. Instead, schools have to follow their own procedures.

Policy Advisor for the National Association of Headteachers says in the documentary:

“School leaders and schools want to get it right, but they’re not always getting the help and support they need. There needs to be some more clarity in terms of the specific procedures that schools must take.”

The Department for Education also told BBC Panorama: “Sexual assault is a crime and any allegation should be reported to the police.” 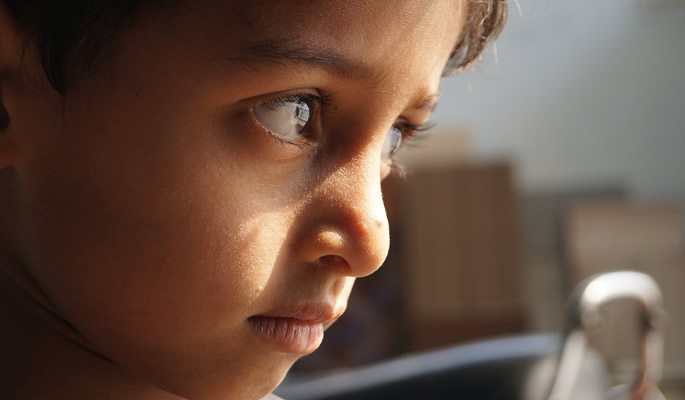 But this comes with possible exposure to pornographic content. Graphic imagery that creates unrealistic depictions of sexual relationships. Viewed by young, impressionable minds, this can create skewed perceptions of sex and consent.

Another aspect to consider is the growing trend of sending nudes. Pressures have mounted for British Asian teenagers to exchange explicit images of themselves to each other. But this too can have an impact on how they view relationships, combined with the element of peer pressure.

However, it’s important to recognise that these issues mentioned may only be potential factors.

With more access to explicit content, this means greater emphasis should be placed on realistic perceptions of relationships, sex and consent for children. A task that requires the efforts of police, teachers, authorities and parents.

Watch BBC Panorama on BBC One at 8.30pm, 9th October 2017 to find out more on the police figures.

Image for illustration purposes only.