Award-winning cinematographer Santosh Sivan gave a masterclass at the 2014 London Indian Film Festival. In an exclusive Gupshup with the renowned film expert, DESIblitz brings you Sivan’s thoughts on his career, and the young film makers of the future.

“It is one thing to achieve a dream, quite another to live in the dream.”

If a list of the greatest Indian cinematographers was to be made, Santosh Sivan would definitely top the list.

During his vast and diverse career, Santosh has been honoured with a Padma Shri, 13 National Awards, and numerous other film awards.

Not just a highly acclaimed cinematographer, Santosh Sivan is also a prominent director and actor. 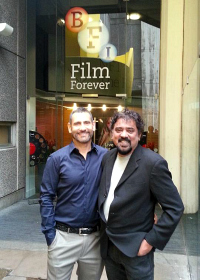 As part of the London Indian Film Festival (LIFF), Sivan, gave a special master class. The crowd which attended the class was lucky enough to listen to stories about his career, childhood, cinema and various different topics straight from the horse’s mouth.

DESIblitz being a part of that lucky crowd as Official Media partners to LIFF, we give you the details of the conversation with Mr. Sivan, as well as our exclusive Gupshup with the man beforehand.

It is very rare to find a person of such high stature who is also so modest, down to earth and so humble in nature. That was the impression that Sivan left with everyone who was present at the British Film Institute, Southbank, London.

On being asked, how did he prefer such an unusual his career, he enlightened everyone with his quote: “It is one thing to achieve a dream, quite another to live in the dream.”

He further adds: “Everyone told me you cannot make a good living out of this, but I was in love with the black and white images. I always knew I would be a visual artist.

“My grandmother was a painter and I owe a lot to her inspiration. She used to bring illustrative pictures and narrate stories. 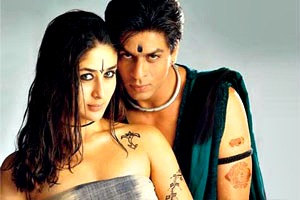 “It was one of my first visual exercises where I could imagine things while she narrated. My grandparents always encouraged me to sketch and paint.

“I also often accompanied my father took for his photography assignments. I used to travel a lot with him and he too used to narrate stories. These stories are now few movies that I have made,” Santosh tells us.

“I love the idea of creating something. When they teach you art and do creative things, in our place, they will always tell you that 1 + 1 is never 2.

“It is always what you make of it. You can have 1 + 1 and it can become three, or if you are a farmer and you grow a handful of rice it can become thousands, things like that.”

Santosh points out that if he weren’t a cinematographer, he probably would have been a farmer because he loves to be close to the nature:

“As the day starts, you first see the world in monochrome, then specs of colour start coming in. It is as if the whole universe is dancing just for you and this happens everywhere in the world.

“It is like a photograph, which is a blend of darkness and light. Sometimes when you travel, you see a beautiful sunset, but you complete it if you are a part of it,” he adds. 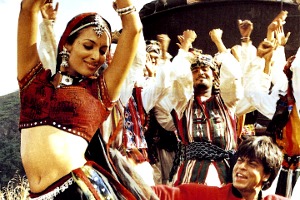 Talking about his experience of shooting the famous song ‘Chaiyya Chaiyya’ and even more famous director Mani Ratnam, Santosh says:

“Every time I teach in a film school, I tell the students, always be with the story, however there is this one time when you can absolutely go crazy, freak out and enjoy is while shooting songs.

“Sometimes even when you do a song it has its own charm of trying to find the motivation for it. For a song like ‘Chaiyya Chaiyya’ which is a very famous train song with Shahrukh Khan, the motivation behind it was Mani Ratnam’s vision.

“We were on a train, so there was no stopping. We continuously shot for 4 days, but even faster and energetic than the train was Shahrukh Khan himself. With Mani too, it is like being on an adventure always. He loves to travel, explore and take the best out of everyone.”

Regarding the next generation and working with the newbies, Santosh explains the pros and cons:

“New people bring freshness with them. Everyone who wants to make a film, should just make it. If you want to swim in the sea, don’t just stare at the sea, jump in it.”

He continued: “Thanks to Instagram and YouTube, today everybody can explore photography and film making. I like the opportunities, digital platform is giving everyone.There is scope for trial and error. 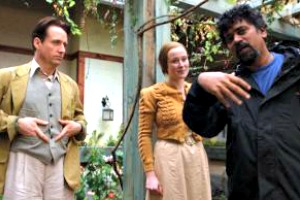 “Today a child learns to take photos and ‘selfies’ even before learning how to read and write. That is a great opportunity but I feel, to learn photography or cinematography one should first learn the art of sketching. Only then one will learn to pay attention to details.”

It is clear that Santosh’s experiences across his vast career, which spans almost 30 years, have given him an impeccable insight and depth of knowledge into the ever-evolving world of Indian cinema.

A treat to his followers and cinema lovers alike, Santosh Sivan’s Masterclass at the London Indian Film Festival has given hope and inspiration for the next generation of cinematographers and Indian film.

Komal is a cinéaste, who believes she was born to love films. Apart from working as assistant Director in Bollywood, she finds herself doing photography or watching Simpsons. “All I have in life is my imagination and I love it that way!”
SRK to SLAM in UK
Bollywood unites with Pakistani Actors