Acting superstar Irrfan Khan makes a comeback to the London Indian Film Festival with Qissa: The Tale of a Lonely Ghost. An emotional Punjabi drama, DESIblitz brings you an exclusive interview with the director, Anup Singh.

"I was adamant that I needed to make this film in Punjabi."

One of the highlights of the week long festival was the UK premier of Qissa: The Tale of a Lonely Ghost, a Punjabi film starring the hugely talented Irrfan Khan.

Writer and Director, Anup Singh attended the special screening with his parents and sisters, elegant wife Katrina and extended family.

In an exclusive Gupshup with DESIblitz, Anup spoke about his journey in the making of the film along with the trials and tribulations that he encountered in the 12 years it took to come to fruition. 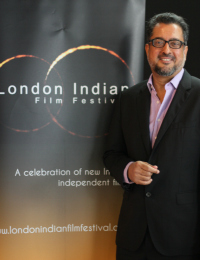 Based in Geneva, Switzerland, Anup was born in Dar-es-Salaam, Tanzania. From there, his family were forced to leave for Bombay to start a new life with almost no possessions.

This echoed the sufferings his grandfather endured as the 1947 partition of India forced his family to flee to Tanzania.

It was the regaling of such tales that inspired Anup to write such a powerful script which echoed the stories of thousands of families in India during that time.

While not a true story per se, Singh has based the film, dedicated to his mother, on his grandfather and added twists to the storyline that were close to the harrowing truths of what happened back then.

The film doesn’t shy away from the controversial attitudes that still prevail in cultures across the world today. Singh also insisted the film be shot in Punjabi and not Hindi, so veering away from a classic Bollywood film.

The film is about a character called Umber Singh – a proud Sikh who lost everything during the partition. His bitterness is magnified by his obsession for a male heir, but fate plays a cruel trick as his fourth child is another girl. Denied a boy yet again, Umber decides to take matters into his own hands. 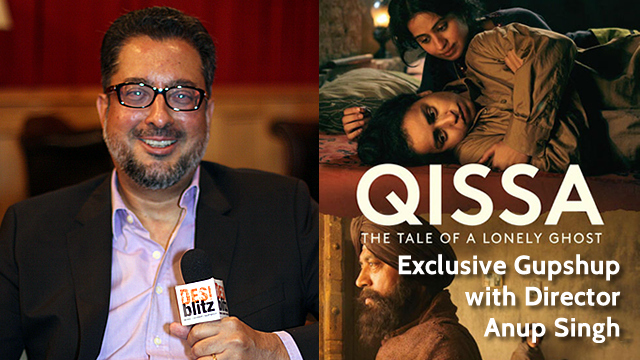 Once the script was ready, Anup took it to Bollywood and gained lots of interest. Unfortunately, this offer came with the conditions that a top Bachchan type actor must play the lead and the film must be shot in Hindi:

“Well the biggest challenge you know is Bollywood. There I was ready with my script, and I went knocking from door to door, and nobody would even invite me in for a cup of tea.”

“They seem to like the script, almost everyone said that ‘We like the script, but we want you to do it in Hindi, and we want to do with it with actors that we choose.’ I was adamant that I need to make this film in Punjabi,” Anup tells us.

Anup wasn’t prepared to lose the essence of his beautiful story. He eventually went to a film festival in Rotterdam where he met a keen German producer, who then introduced him to a French producer, who in turn led him to a Dutch producer. Before long, this exotic mix of co-producers helped him make the film a reality. 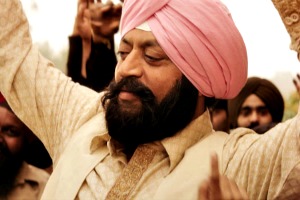 The lead role is played fantastically by Irrfan Khan. In true Irrfan tradition, he continues to push his acting boundaries by agreeing to non-stereotypical roles that expose his amazing acting prowess.

Anup jokingly quipped that he only cast Khan because his first choice, Balraj Sahni had passed away in 1973. Nonetheless, this incredible tribute to Irrfan Khan didn’t affect Irrfan’s ability to play the role perfectly.

Anup fondly recalls how Irrfan hummed along whilst memorising the Punjabi lyrics, a language that he couldn’t speak. When Singh questioned the humming, Khan eloquently explained: “Words have a melody, a cadence.” 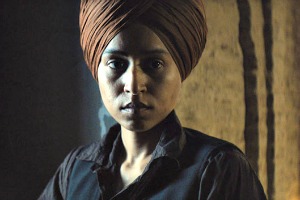 It was during the post-film Q&A session hosted by Sunny and Shay that Singh shared with the audience Shome that:

“I’ve not come across an actor who is so courageous and so frightened, simultaneously,” adding further credit to Tillotama’s immense talents.

The film was accompanied by a wonderful score. Anup specifically wanted a female to compose the music and found nobody more appropriate than French composer, Béatrice Thiriet. On seeing the dramatic storyline, Thiriet said: “You don’t need music in this film. I want it to be the soul of the film.”

Qissa has received a rapturous applause that has cemented Singh’s place in the film world, with many comparisons being made to the Oscar-winning, 12 Years a Slave.

Ending the evening at LIFF, Anup once again thanked the audience, and remembering his roots, thanked his parents and sisters for everything they had done for him since he was a child.

Qissa is due for general release in the UK towards the end of 2014. It’s expected that UK film buffs will enjoy as much as Canada and India, where the film has created a significant buzz.

Rupen has been passionate about writing since childhood. Tanzanian born, Rupen grew up in London and also lived and studied in exotic India and vibrant Liverpool. His motto is: “Think positive and the rest will follow.”
KJo signs Salman for Shuddhi
Goopi Gawaiya Bagha Bajaiya screens at LIFF