Saira Khan has opened up on the horrific death threats she has received after stating she is no longer a practising Muslim.

"I was not expecting extreme hate and death threats."

After revealing she is no longer a practising Muslim, Saira Khan received death threats.

The former Loose Women star has now spoken out about the hateful comments and said they were “99% made by men” on social media.

Saira previously declared that she was no longer practising her faith.

Although she was “expecting a backlash”, Saira was forced to address the hate she received in a column in The Mirror.

She explained that her announcement “spread like wildfire” across the world.

Saira wrote: “I was not expecting extreme hate and death threats.”

The TV personality also revealed that it had “even been reported in Pakistan”. Since then, she has been receiving hateful messages every day.

She said she was dubbed “devilish”, a “mental patient” and called “deceitful”.

Saira stated that “hundreds of comments” were “99% made by men”.

She continued: “I have received vitriol on a daily basis.

“I could understand if I were selling drugs, abusing, grooming, being blasphemous or Islamaphobic, bullying, stealing, being violent or aggressive, but I’ve done none of these things.”

Despite her announcement, Saira Khan believed the death threats were due to another factor.

She claimed: “This deep-seated hate is because I made my declaration as a woman.

Saira added that the hate was being “thrust upon her” by men.

She explained: “In Pakistan, a woman is expected to take care of the home as wife and mother, whereas the male dominates outside the home.

“When someone like me pipes up and says ‘I don’t like this way of living or thinking’, then the whole system is under threat.”

She went on to reveal that Pakistan ranks as the second-lowest country for gender equality on the Gender Gap Index.

Saira hit back at the haters: “Not everyone supports this outdated and uncivilised way of living.

“Many women in Pakistan are demanding change on dealing with rape, acid attacks, domestic violence and forced marriage.

“And, like me, when these women dare to take a public stand, they are subjected to humiliation, house arrest and personal attacks.”

Saira Khan had previously detailed the threats she had been receiving. 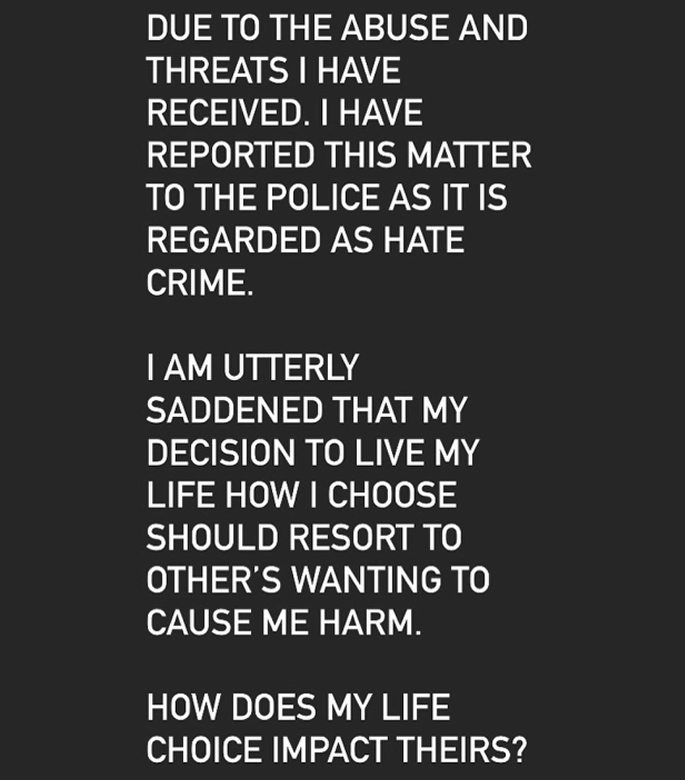 She wrote on social media: “Due to the abuse and threats I have received. I have reported this matter to the police as it is regarded as hate crime.

“I am utterly saddened that my decision to live my life how I choose should resort to others wanting to cause me harm.”

Her decision was due to the fact that she could no longer pretend to “be someone I’m not” in order to make her family happy.

She insisted that “this was the last taboo to overcome before I could live my best life”.

Dhiren is a journalism graduate with a passion for gaming, watching films and sports. He also enjoys cooking from time to time. His motto is to “Live life one day at a time.”
Salman Khan confirms the Return of ‘Bigg Boss’ for Season 15
Aamir Khan’s son Junaid begins filming Bollywood Debut