Rubayyat Jahan is a British-Asian female singer making a name for herself around the world. DESIblitz met Jahan to find out more about her musical career.

"I found out that I love singing more than anything.”

Rubayyat Jahan is a British-Asian female singer, songwriter, musician and performer with a beautiful voice.

Rubayyat who is of Bangladeshi descent has made her presence felt not only in the UK Asian music scene but also around the globe.

Collaborating with a range of artists, singing in different languages and continually growing her partnership with Raja Kaasheff are some of the hallmarks of her musical talent and success.

Despite being born in Chittagong, Rubayyat grew up in district Kushtia, Khulna Division, Bangladesh. This is an area, which became the resting place for the 17th-century singer and composer Lalon Shah.

From a young age, Jahan was into music. Her late father AKM Shamsuddin completed a chemistry degree from the University of Dhaka. Rubayyat’s Mother, Jainab Chaudhury is an alumna of the University of Chittagong.

As a young child, Jahan would accompany her father to the Lalon Akra in Kushtia – a place where both father and daughter appreciated watching musical performances.

Prior to entering the music industry, Rubayyat enjoyed dancing as she exclusively tells DESIblitz:

“I used to love dancing basically and afterwards I found out that I love singing more than anything.” 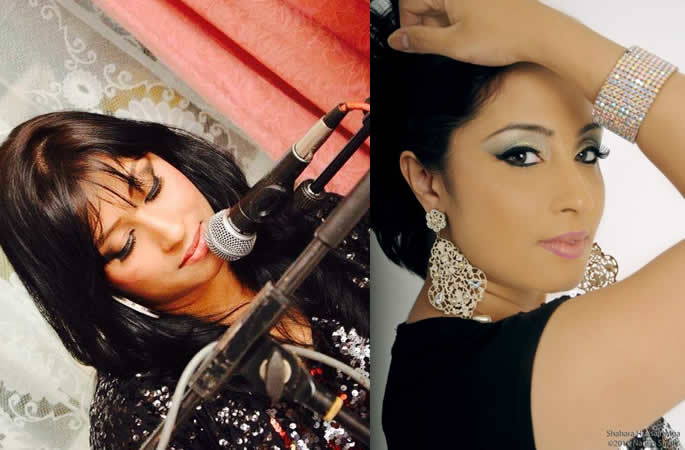 Jahan began singing from the age of eight. Rubayyat learnt the art of signing and music from an ustad in India:

In 2008, she began singing and performing regularly across London and other cities. In 2010, Jahan found herself in the final stages of Brit Asia TV’s Asian Superstars.

With Jahan featuring on British Asian TV channels and shows, she caught the attention of many.

When asked about her experience working with Rishi Rich, Rubayyat tells DESIblitz:

“It was great because everybody knows him. He’s very famous and working with him is a great opportunity.” 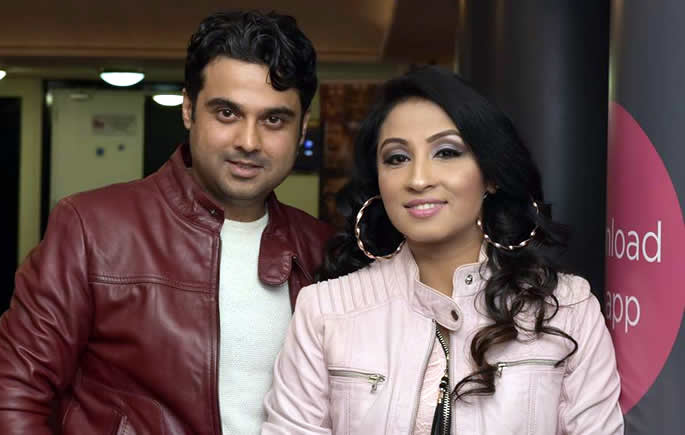 In 2013, Jahan established a musical partnership with gifted singer and composer Raja Kaasheff. Kaasheff described their musical alliance as “fusion language music.” This included the blending of Bangladeshi and Pakistani music with Bollywood inspired songs.

Since teaming up with Raja Kaasheff, Rubayyat has achieved a lot of success.

The singing duo has worked together on some amazing songs including:

Jahan is a versatile artist as she is able to sing and write in many languages. Other than Bangla she has sung songs in Hindi, Urdu, Punjabi and Pashto with Kaasheff.

Speaking of her association with Kaasheff, she says:

“When I actually saw him singing on TV, I knew that particular kind of songs is gonna suit me and I will be comfortable singing those kinds of songs.

“I thought he’s the one who could give me the good music and we can do good work together.”

In February 2015, consolidating their professional relationship, the British Asian pair worked on the soundtrack for Habibul Islam’s film Ratri Jatri. Furthermore, they joined forces with actor Amaan Reza to work together on a music video.

Watch our Gupshup with Rubayyat here: 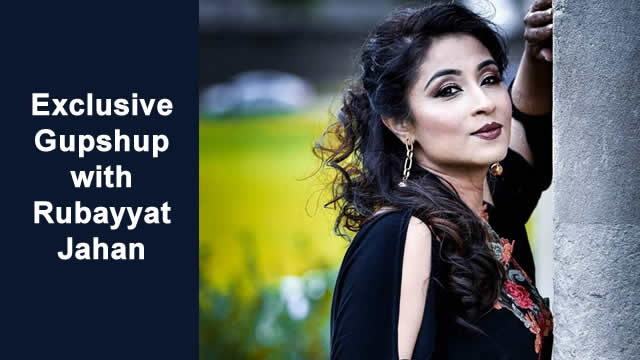 Besides her collaboration with Kaasheff, Rubayyat has had an opportunity to work with other artists and labels. On 11th November 2014, vocals of Rubayyat were also used for an advert, The Sovereign State Deposits.

In addition, she has performed at various venues such as Westminster Palace, Osterley Cricket Club and King Edward Medical College Alumni (UK).

Jahan’s growing number of shows and performances across the UK have helped to showcase her talent overseas. The popularity of her songs, along with fan demands has led Rubayyat to perform in the Philippines.

The flexible singer and performer also acted in the programme Bangla Towner Bangla Prem, appearing in episode 3. The episode was broadcast on Channel S. The title song for the programme — ‘Bukher Bithor’ was also sung by Jahan.

Active on social media, Jahan has mentioned the song ‘Pehli Dua Hai Tu’ on her Facebook page. This track will be released under the label Imotion Films.

Rubayyat was also nominated in recognition for the ‘Best Female Act’ at the 2013 Brit Asia TV Music Awards.

Jahan’s music style goes way beyond the UK market. Her exciting work has given her the right exposure for better things to come.

The multi-talented singer and performer has gained so much admiration from her fans around the world. Her love for music will not be ending anytime soon. This is just the beginning for Rubayyat Jahan!