While it was an exciting debut for Ranvir Singh who joined the Loose Women panel on ITV for the first time on Thursday, June 18, 2020, reactions to the news online have been marred with many reactions of a racist nature.

The reactions are made on a Yahoo syndicated news article which has been originally produced by Hello magazine, which praises Ranvir’s new role on ITV.

Some claim her new position was for ‘tokenism’ and not based on her talent, despite being an ITV Good Morning Britain presenter for some time.

With the movement of ‘Black Lives Matter’ (BLM) gaining momentum around the world, including the UK, it is shocking and deplorable to see members of the public blatantly make offensive and racist remarks about the presenter, who happens to be from the British South Asian community, in this manner.

One comment even associated her appointment being due to BLM movement currently.

If the new presenter was not of an ethnic and brown background, would the comments be of this toxic and negative nature?

The prevalence of racism of this nature which is obvious for anyone to see online does question the moderation policies of such news syndication sites but more so it highlights how far racism can spread.

It’s not just subjective to BLM but it is being used as a toxic weapon to mar anyone, in any field, who happens to be from a non-white background.

Even a person like Ranvir Singh who has proved her ability to be selected for the Loose Women panel based on her own merit has been singled out due to the colour of her skin and tokenism. Most likely by people who do not even know her. 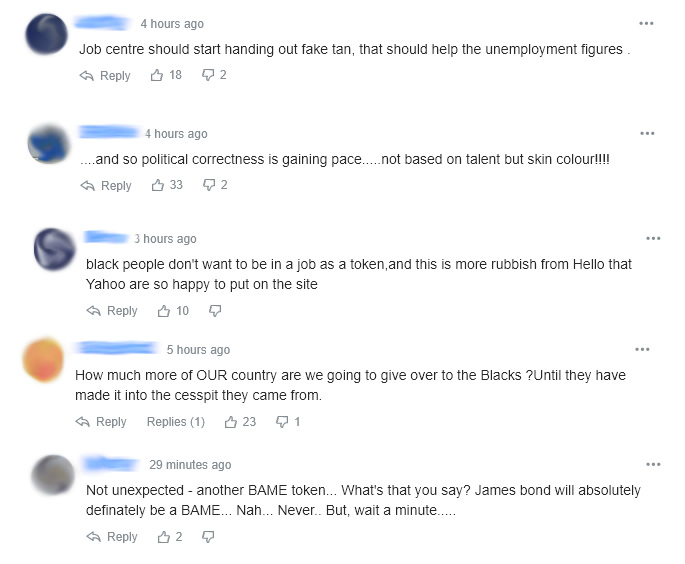 Some of the racist reactions do bring to the fore, what British people really think and are not shy to say it.

Here are some of the remarks made on the Yahoo news site, where people leaving comments need to be signed into the platform.

“…and so political correctness is gaining pace…..not based on talent but skin colour!!!!”

“Job centre should start handing out fake tan, that should help the unemployment figures .”

“black people don’t want to be in a job as a token,and this is more rubbish from Hello that Yahoo are so happy to put on the site.”

“How much more of OUR country are we going to give over to the Blacks ?Until they have made it into the cesspit they came from.”

“EVERY JOB APPLICATION I SEND FROM NOW WILL BE: 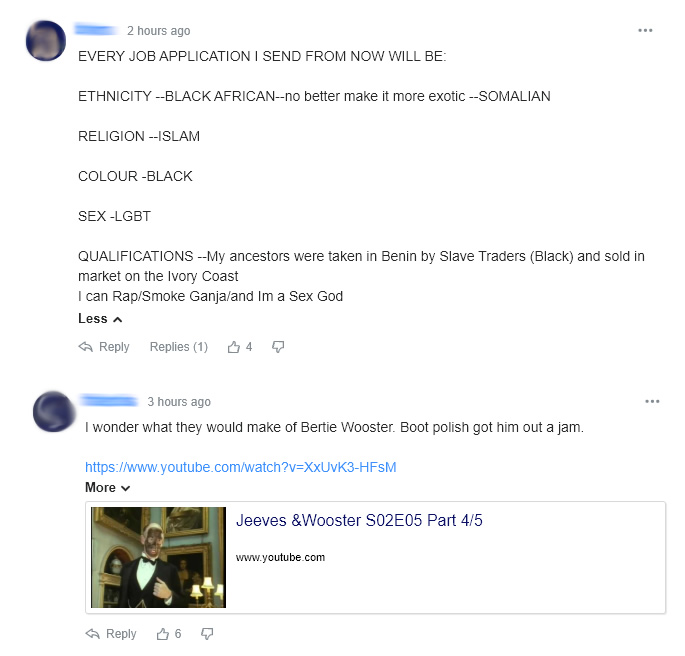 Whilst there were many racist natured comments, some did see the appointment of Ranvir Singh as a good one, saying:

“Ranvir is the best looking one on that show”

“I like Ranvir , but she is still being used as a token. So no real change.” 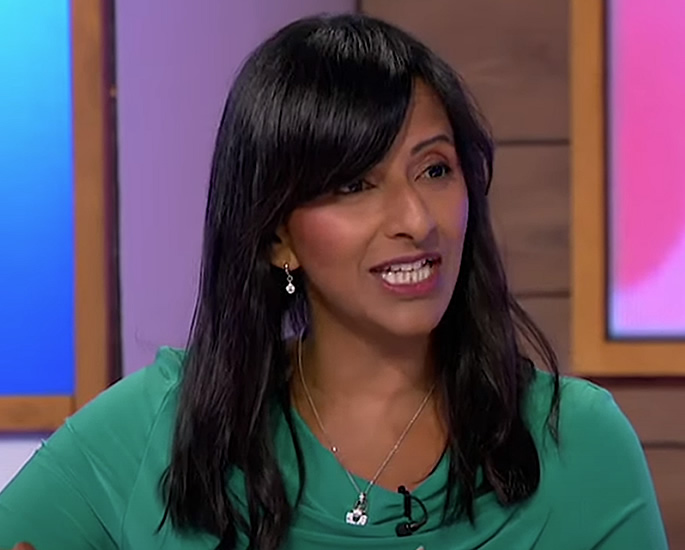 During her debut, Ranvir does make a joke to her co-presenters Nadia Sawalha, Saira Khan and Carol McGiffin about being brown where she talks about her new addition to the family, brand new puppy, a little cockapoo.

She recalls her son saying to her:

To which she replied: “And he’s got an unpronounceable name so he’s completely part of the family now!”. 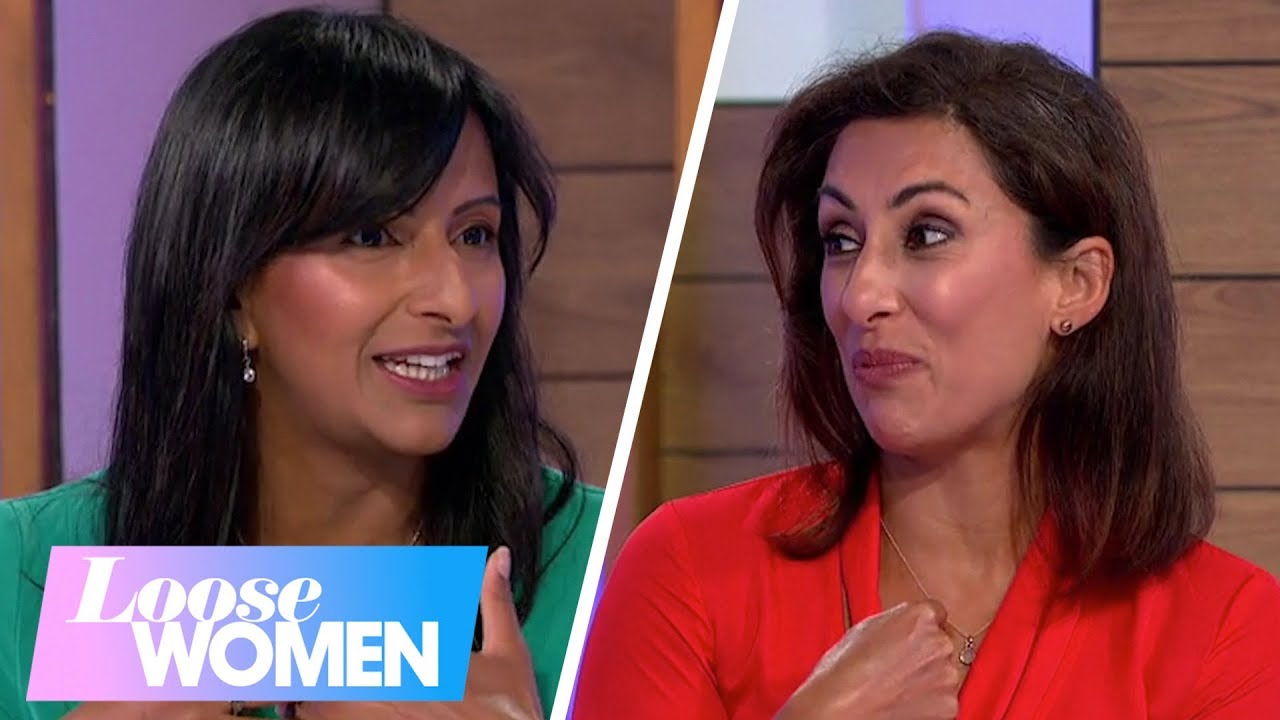 Representation in British media of black and ethnic people is grossly misbalanced and does need to be addressed to correctly reflect the diverse society of Britain.

Therefore, an appointment like Ranvir Singh’s should be seen as a positive step. However, it is clear that not all are happy with this move strictly based on her skin colour.

Blatant racism of this nature does not help society progress but hinder it in so many ways. It does sadly stigmatise the hope of a society where acceptance and integration are seen as normal.

It cannot be misjudged or swept under the carpet as a minority of ‘ignorant’ people. They are still members of the communities and society who live in the same country.

If the appointment of a TV show presenter who happens to be brown ‘upsets’ people in this way then what is in store for future presenters who are not white? Are they going to face the same or worse reactions?

This kind of toxic behaviour may be easy to perform online hiding behind keyboards but it still does not make this wrong a right – to judge a person by the colour of their skin and not their ability or merit to perform a job.