Bear Grylls takes Ranveer Singh into the wild for an interactive Netflix special. The pair take on the harsh forests of Serbia.

"This man left but how will we go?"

In a teaser trailer, Ranveer fends for himself and learns new survival skills as he ventures into the wild to find a rare flower for his wife Deepika Padukone.

Ranveer is guided by Bear Grylls and is also seen being chased by bears.

In the trailer, Ranveer is seen looking scared and panting. The next clip shows him being chased by a bear.

Bear is also seen on a zipline saying:

“Ranveer is about to get a full adventure.”

As Ranveer watches him leave, he says: “This man left but how will we go?”

He then goes on the zipline. 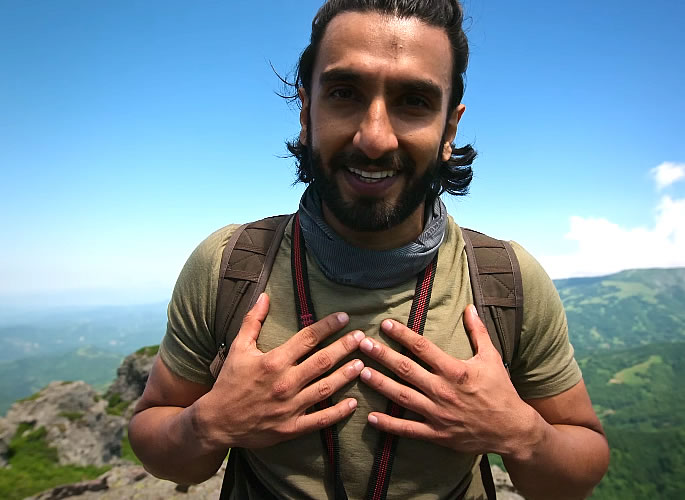 Like the Black Mirror episode ‘Bandersnatch’, the upcoming Netflix special will be interactive, allowing viewers to pick the course of Ranveer’s adventure.

For example, in one frame, Ranveer was seen playing dead while a bear inspected him while in another, he is dancing.

The options read ‘play dead’ and ‘dance for the bears’.

The next scene gave the option to choose between a grappling gun and a flare. Ranveer then said:

“Press the button and save me.”

The show is produced by Banijay Asia in association with The Natural Studios, which Bear launched as a joint venture in 2020.

“Netflix brings India’s first-ever interactive adventure special that will give audiences all over the world the controls to test Ranveer Singh, as he pushes his boundaries in this adrenaline-pumping experience of a lifetime.”

“Ranveer vs Wild is a huge step in pushing the envelope of interactive reality TV and we are elated to bring this exciting special to Netflix members across the world.

“While the world is familiar with Ranveer’s electrifying spirit and adventurous side, with this show, we’ll see the best of both sides coming out as he embarks on his quest for love.”

Ranveer vs Wild with Bear Grylls releases on July 8, 2022. 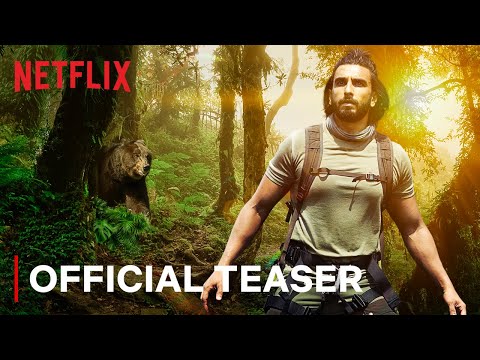 Dhiren is a journalism graduate with a passion for gaming, watching films and sports. He also enjoys cooking from time to time. His motto is to “Live life one day at a time.”
Aamir Liaquat found Dead at Home in Karachi
Aamir Liaquat’s ex-wife Dania Shah breaks silence on his Death