Ramsay Brothers Biopic to Honour the ‘Kings of Horror’

The Ramsay Brothers who shaped the horror genre in Bollywood, are getting a biopic made on their life story, produced by Ajay Devgn and Priti Sinha.

”We made over 700 episodes of The Zee Horror Show."

Eminent Indian filmmakers, the Ramsay Brothers, will have their life story told in a fascinating biopic co-produced by Ajay Devgn.

The Ramsay Brothers are famous for revolutionising the horror genre across Indian cinema, with their low-budget movies in the 1970s-90s.

Shyam Ramsay and Tulsi Ramsay are the brothers that ingrained themselves into Bollywood stardom back in the 20th century.

A year apart, the brothers passed away in 2018 and 2019 respectively. The biopic will follow the intriguing personal stories of the Ramsay family.

Originating from a rich filming background, their father Fatehchand Ramsay was also a film producer and writer. He was a key factor in guiding the brothers to memorable achievements in the Bollywood industry.

Their filming careers got underway with their debut movie Do Gaz Zameen Ke Neeche (1972). It was certainly a positive stepping stone to kickstart their careers.

Actor Ajay Devgn faces the challenging role of being the co-producer for the biopic, alongside Priti Sinha. They first broke the news about their roles as producers on social media in November 2019.

Ritesh Shah is the writer of the biopic. The makers will develop this project into a web series or a documentary film.

We take a closer look at the ‘Kings of Horror’ who adopted a new lease of life into Bollywood cinema and the biopic.

Who are the Ramsay Brothers? 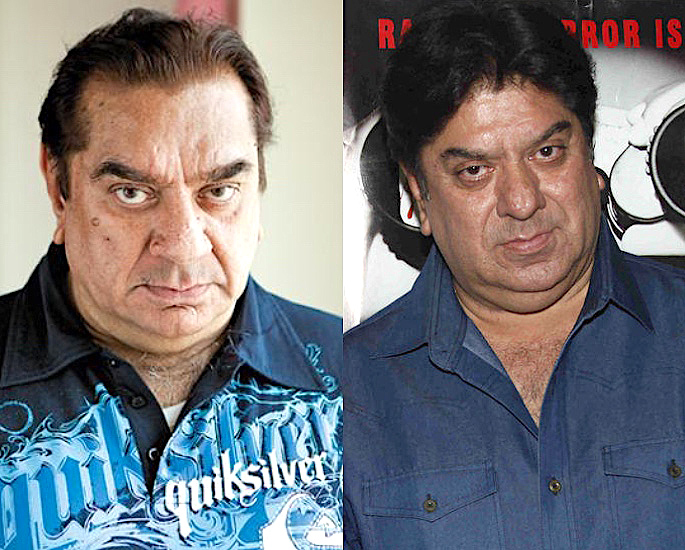 Tulsi and Shyam Ramsay hail from a film based family. The eldest Tulsi Ramsay worked in various roles such as directing, writing but was more favoured to producing.

Shyam Ramsay was a natural in filmmaking, as he also wrote, produced, directed and edited films.

The sons of late producer Fatehchand Ramsay, they have five other brothers. They include Kumar Ramsay, Kiran Ramsay, Arjun Ramsay, Keshu Ramsay and Gangu Ramsay.

The group of seven brothers constructed an extraordinary movement in the genre of horror.

Despite all the brothers working in the film industry, Shyam and Tulsi became the more prominent and mainstream duo.

They sprung to fame with films such as Purana Mandir (1984) and Veerana (1988). Tulsi and Shyam also branched out to genres like action and a children’s adventure movie titled Ajooba Kudrat Ka (1991).

Additionally, the brothers broke into the television industry, with the Zee Horror Show (1993). Speaking to Motherland Magazine, Shyam Ramsay looked back on the show as one of his proudest bodies of work, saying:

”We made over 700 episodes of The Zee Horror Show. The Ramsays became a household name with this show.”

Filmmakers Announcement on the Ramsay Biopic 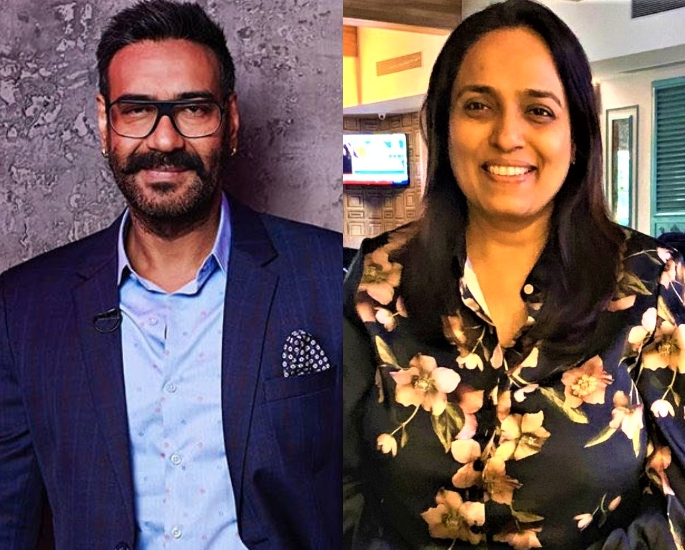 The first announcement for the Ramsay Brothers biopic included the producers and writers.

Actor Ajay Devgn takes the helm as the producer along with Priti Sinha. Ajay Devgan is an experienced producer, having worked on films such as U Me Aur Hum (2008) and Bol Bachchan (2012) and Shivaay (2018).

On November 7, 2019, an elated Ajay Devgn expressed his involvement with the film on Twitter to his passionate fans:

“It gives me & @pritisinha333 great joy to announce our next project as producers.”

“A fascinating journey of passion, hardships and immense success of 3 Generations of the Ramsay family.”

Moreover, Priti Sinha shared that the Ramsay family approved and have the utmost faith in them to produce an inspiring biopic:

“Ajay and I are honoured and excited to depict the fascinating journey of passion, hardships and immense success of three generations of the Ramsay family who successfully set up the horror empire in India.”

In addition, award-winning screenwriter Ritesh Shah is writing for the Ramsay biopic. He won the ‘Best Dialogue’ award at the 62nd Filmfare awards for the social-thriller Pink (2016).

Interestingly, Ajay and Priti indicate that the biopic will also focus on the other family members.

Desi fans will have an insight into how the legacy of the Ramsay Brothers films will live with this biopic.

The Biopic on their Lives 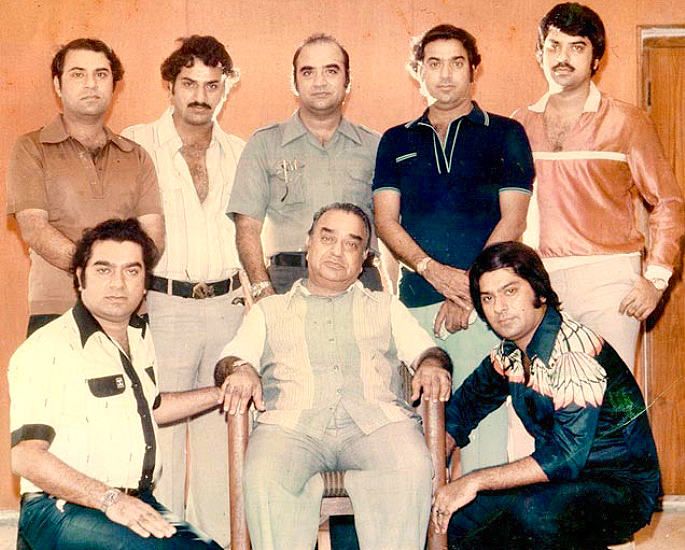 The biopic will take into consideration the Ramsays’ contribution to Bollywood and how the horror aspect was introduced.

According to the information that Ajay Devgn and Priti Sinha gave in their statements, fans will get to see more than they anticipate.

Despite the Ramsay Brothers being well famous for their horror films, their journey towards stardom is compelling.

For example, past interviews with Shyam and Tulsi will signify the idea and reasons behind introducing horror to Hindi cinema.

In addition, the captivating story of Fatehchand Ramsay moving to the Indian side post-partition will be highlighted.

The difficult partition journey during 1947 will address the struggles Fatechand endured during that period.

The biopic will also explore the filming departments amongst the brothers. Kumar Ramsay did scriptwriting, Kiran Ramsay controlled sound and song designing, and Gangu Ramsay specialised in operating cameras.

Their wisdom is also passed on to the next generation. Sasha Ramsay, Shaym’s daughter and the son of Tulsi, Deepak Ramsay have assisted both brothers in filmmaking.

The masterful work of the Ramsay Brothers in horror-filled a gaping hole in the Bollywood film industry. Their cinematography and filming styles definitely made movies enjoyable for fans and even critics.

By turning on artificial lights, creating daunting monsters and incorporating erotica and darkness to film, they alone, created mythology.

With more than thirty horror films in India, the Ramsay Brothers unquestionably secured themselves in the Bollywood movie hall of fame.

With time, the full cast and crew, schedule and trailer will be revealed. We can safely say the Ramsay Brothers story will certainly regain the recognition that they deserve in 21st century Bollywood Cinema.

Did Imran Khan and Zeenat Aman have an Affair?
Aishwarya Rai trolled for putting Makeup on Aaradhya