Aishwarya Rai celebrated her daughter Aaradhya’s birthday with the Bachchan clan in style. Yet, it was the makeup on her daughter that got everyone talking.

“Let children be innocent without getting into the fake world"

Aishwarya Rai Bachchan has been in the spotlight as he was mercilessly criticised for applying makeup on her 8-year-old daughter, Aaradhya.

Receiving criticism is part of being a celebrity. Social media platforms often become a trolling space where people express their opinions, which tend to go overboard.

Aishwarya Rai is an actress, wife and super mum and who carries her responsibilities and work commitments with poise and ease.

Although, in this instance, trolls did not miss the chance to target Aishwarya.

Recently, the Bachchan family went all out to celebrate the eighth birthday of Abhishek and Aishwarya Rai Bachchan’s daughter Aaradhya.

Pictures of the family from the party, including Amitabh Bachchan, Jaya Bachchan and Shweta Bachchan were posted on Instagram.

It was certainly an extravagant party as the family gathered to celebrate the joyous occasion in style.

However, people were quick to notice Aaradhya’s makeup look in the photos, which led to Aishwarya Rai being mum shamed online. 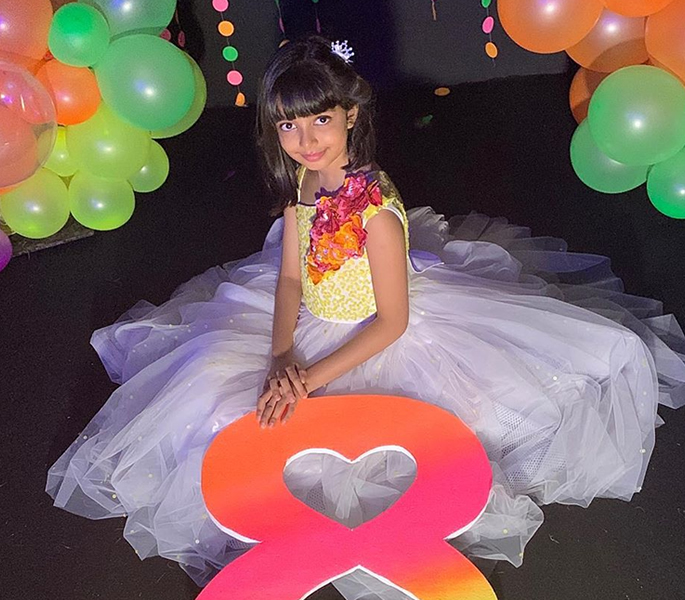 For her birthday look, the star child can be seen in a floral embroidered yellow and purple frock dress with black eyeliner and lipstick.

This did not go down well with people as they went on Instagram to condemn Aishwarya for applying makeup on her young child.

One user stated how makeup is harmful to children’s skin:

“So much makeup on a kid … not good, their skin is so delicate and sensitive no need for such chemicals. Let children be innocent without getting into the fake world we live in.”

Another user shared the same sentiment saying: “That’s way too much makeup.”

While another Instagram user said: “Makeup on kids freaks me out.” 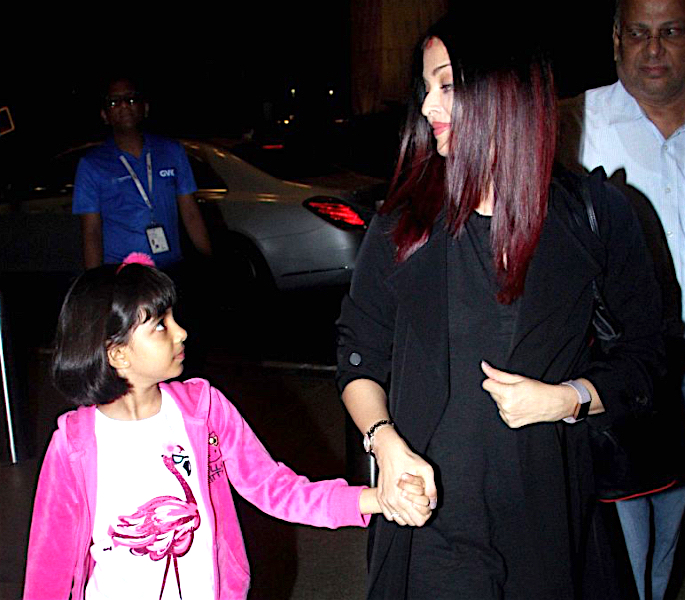 This was not the first time Aishwarya got mum shamed. Previously, Aishwarya Rai was trolled for being overprotective.

Many noticed that she always held Aaradhya’s hand everywhere they went together. This sparked another criticism session in the comment section.

“Hope her daughter don’t get shoulder pain by this position always.”

The trolling continued as another user stated:

“Aish (Aishwarya) needs to cut the umbilical cord. The girl is in her 8thyear ffs.”

There is no doubt the debate of whether a child should be allowed to wear makeup is a sensitive topic.

What do you think? Should Aishwarya Rai be condemned for putting makeup on her 8-year-old daughter? Or were people being too harsh?

Ayesha is an English graduate with an aesthetic eye. Her fascination lies in sports, fashion and beauty. Also, she does not shy away from controversial subjects. Her motto is: “no two days are the same, that is what makes life worth living.”
Ramsay Brothers Biopic to Honour the ‘Kings of Horror’
Did Salman Khan approve of Father’s Marriage with Helen?