A prison officer struck an unlawful relationship with an armed robber inmate. The pair swapped explicit videos and pictures behind bars.

“Somebody showed her affection and she stupidly accepted.”

Disgraced prison officer, Ayesha Louise Gunn had a four-month affair with an armed robber convict who was serving time in Berwyn Prison in Wrexham, Wales.

She contacted Razaq, who was serving 12 months for conspiracy to rob, over 1200 times during their affair in prison.

It was revealed that the 27-year-old university graduate also bought clothes, placed bets and bought a smartwatch behind bars for Razaq.

Some of the inappropriate content (videos and pictures) shared by the duo were streamed on the internet.

To cover her track, the Criminology and Psychology graduate made calls to his cell via the third party in Birmingham. Gunn also pretended to be someone else on several occasions.

It was made apparent to Mold Crown court that the defendant was on a training course at the time. Thus, would have been aware of her wrongdoings.

Prosecutor, Simon Mills stated: “They were both using mobile phones to send explicit sexual videos and stream live footage of themselves.”

Defence barrister, Peter Hunter stated Gunn did not strike a relationship with Razaq for financial gain. He said she was depressed and was “at the bottom in her world.”

Hunter further added: “Somebody showed her affection and she stupidly accepted.” 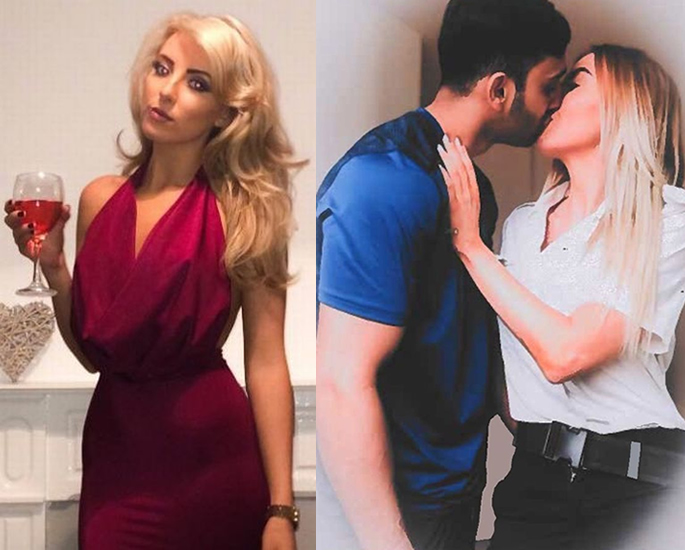 The prison officer pleaded guilty to misconduct in a public office between July and November 2018.

Judge Niclas Parry sentenced Gunn to 12 months in prison. He said the images were “highly sexualised and pornographic images” that created “significant risk.”

Razaq of Buckley Farm Prison, Rochdale, was sentenced to an additional eight months in jail.

He pleaded guilty to two charges of possessing a specified item inside a prison, in this instance a mobile phone, between August 27 and November 10, 2018.

The armed robber further admitted to possession of a specified device capable of transmitting or receiving images, sounds or information. He was caught with a Garmin smartwatch in November 2018.

The court was also made aware of his previous six convictions for 13 offences. This included a 10-year sentence for armed robbery, assault and possessing a forbidden item in prison.

According to Daily Record, Judge Parry stated: “Mobile phone possession is a serious crime in prison, they are used for corrupt purposes and are an epidemic threat to the prison order.

“They can be used to bully prisoners, order drugs or intimidate witnesses outside.”

It was clear that Razaq was using his time in prison to sort out his life for when he came out while Gunn was blind-sighted by the supposed affection.

Ayesha is an English graduate with an aesthetic eye. Her fascination lies in sports, fashion and beauty. Also, she does not shy away from controversial subjects. Her motto is: “no two days are the same, that is what makes life worth living.”
Woman caught Flushing £3k Heroin & Cocaine down a Toilet
Bank Workers stole £150k from Customers and Dead Man