Sky and BT Sport have won the rights to broadcast Premier League football with a record £5.136bn deal. This figure is a 71 percent increase from the previous deal.

"We're not set up for charitable purposes."

The Premier League has signed a record £5.136bn TV rights deal with broadcasters Sky and BT Sport, for three seasons beginning in 2016-17.

TV giants, Sky, paid £4.2bn for five of the seven TV packages on offer. Rivals BT paid £960m for the other two in the record TV rights auction.

The last auction in 2012 was also won by Sky and BT. But this year saw Sky paying 83 percent more than it did three years ago and BT paying 18 percent more.

BT also managed to increase the number of live matches it will show from 38 to 42 a year. 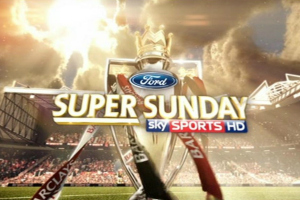 The numbers per season are staggering. Sky will pay £1.392 billion per year which works out at £11.07m per match for 126 live matches.

This is 10 more than what they currently show and the maximum amount that they were allowed to bid for under auction rules.

This means on average each match is worth £10.19m.

Sky has secured the 4pm Sunday kick-off slot, Super Sunday. Sky’s coverage will also include the Saturday and Sunday lunchtime games, as well as Monday and Friday night matches. They also increased their number of first-pick matches from 20 to 26.

Sky chief executive Jeremy Darroch said: “This is a good result and confirms that Sky is the unrivalled choice for sports fans.

“We went into the Premier League auction with a clear objective and are pleased to have secured the rights that we wanted.”

BT Sport will retain the midweek evening fixtures. They will swap the Saturday lunchtime for the Saturday evening slot. They have dropped their first-pick of matches from 18 to 12, but now have seven second pick matches as well.

Why did this record deal happen in the first place? Reports suggest that interest from Discovery, which owns Eurosport, and Qatar-based BeIN Sports, pushed BT and Sky to bid more in order to keep TV rights.

However, such huge costs need to be covered. It will not be a surprise to see the cost of TV packages rise for Sky and BT customers in the years to come to cover the costs.

Social media is abuzz with debates about what the money should be spent on. Who will benefit from this mega deal? And what will the fans get out of it?

Premier League executive Richard Scudamore has said that the money will be invested by clubs in making improvements to stadiums as well as ‘youth development and good causes’.

But when leading politicians said that more money from this rights deal should be put into grassroots football and reducing ticket prices, Scudamore said:

“We’re not set up for charitable purposes. We are set up to be the best football competition.”

Including international rights, and the £204m that the BBC has agreed to pay for match highlights on Match of the Day, the League can expect to gain more than £8.5 billion in total.

This also means that the club that finishes bottom of the Premier League in the 2016-17 season will get £99m. The champions will earn more than £150m, which does not include additional revenue for clubs who stage more TV matches than others.

All 20 Premier League clubs will then break into the top 30 richest clubs in the world whereas at the moment they all reside within the top 40 (which you can read about here).

Reannan is a graduate of English Literature and Language. She loves to read and enjoys drawing and painting in her free time but her main love is watching sports. Her motto: “Whatever you are, be a good one,” by Abraham Lincoln.
Cricket Grounds Guide ~ ICC World Cup 2015
India and Pakistan Cricket World Cup 2015 Kits