Mahira Khan is set to return to Indian screens. She joins a series that is based on the tradition of storytelling in South Asian culture.

"[It is] an unorthodox twist to a storyline"

Pakistani star Mahira Khan is all set to return to Indian screens after a long break.

Mahira last featured in an Indian project over four years ago when she starred alongside Shah Rukh Khan in Raees in 2017.

The actress will now feature in a unique storytelling series that will air on ZEE. The series is called Yaar Julahay.

It is a series of dramatic readings that pays tribute to celebrated writers of the Indian subcontinent, comprising of 12 episodes.

The story revolves around two best friends, Bano and Mehraan, and a doll. The description of Guriya says:

“Bano has a doll (Guriya) that resembles her childhood friend Mehraan, but Mehraan doesn’t like that doll at all.

“With time, their fondness and hate for the doll grow many folds.

“[It is] an unorthodox twist to a storyline that subtly unfolds the mystery around the doll.” 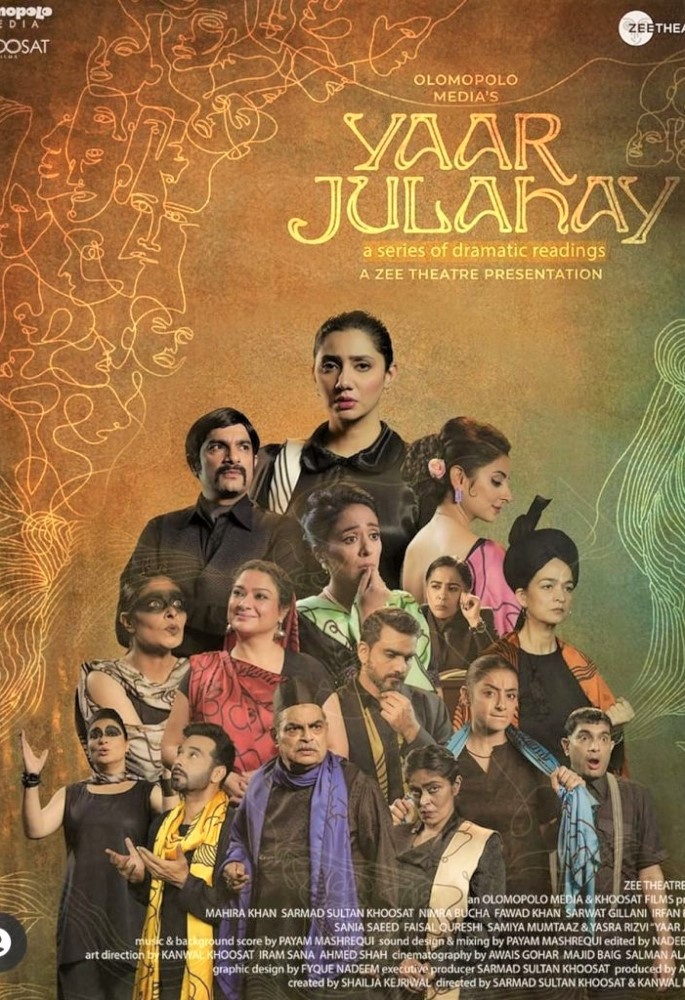 This series of dramatic readings is directed by Sarmad Khoosat and Kanwal Khoosat, and Asil Baqa is the producer.

Explaining the concept, Sarmad Khoosat said that the series is inspired by ‘Dastangoi’- a tradition of creating and stories that define South Asian culture. Sarmad explained:

“We have interpreted ‘Dastangoi’ in a contemporary way.

“There is live and recorded music, along with suggestive details that articulate the story’s theme.

“For instance, when I directed Mahira Khan for the Guriya episode, the set was strewn with dolls.”

“It created an eerie atmosphere that augmented the narration and enhanced the inherent mood of the reading.”

Kanwal Khoosat, the co-director of the project added:

“In each reading, we have maintained the integrity of the author’s voice even as we amplify it through the digital medium to reach as many people as possible.”

Shailja Kejriwal, the creator of the series and chief creative officer of special projects for ZEE entertainment, says that she wanted to bring forth “unique and complex” stories that have stood the test of time. She explained:

“Each of the featured writers has processed reality through characters that we can still identify with.”

Shailja Kejriwal went on to share her experience of working with Kanwal and Sarmad Khoosat. She said:

“Kanwal and Sarmad Khoosat approach a project with a certain artistic sensitivity and have deep respect for the material. Their sensibility was needed for such a unique project.”

The series is launched by ZEE Theatre and will stream from May 15, 2021.

Shamamah is a journalism and political psychology graduate with a passion to play her part to make the world a peaceful place. She loves reading, cooking, and culture. She believes in: “freedom of expression with mutual respect.”
Kangana Ranaut tests positive for Covid-19
‘Shadow & Bone’ gets Flack for Inej’s White Stunt Double