DESIblitz explores the ten most fascinating books that focus on the turbulent, artistic and magical culture of South Asia.

“It is a triumph of storytelling.”

With an infinite amount of books in the world, the importance of reading is distilled into us from an early age.

From reading classes to college workshops, we grow to appreciate the magic of a great novel.

However, life takes its course and many don’t have time to sit down and read a short story or hundreds of pages.

But with millions of books published every day all around the world, the hardest task can be choosing the perfect story to get lost in.

The truth is that books can offer lots of things. Escapism, a new world, new friends you can meet in the books.

Whilst the creativity oozes from these books, the focus on South Asia adds a cultural fascination within these stories.

DESIblitz unveils 10 South Asian novels that you should definitely read. 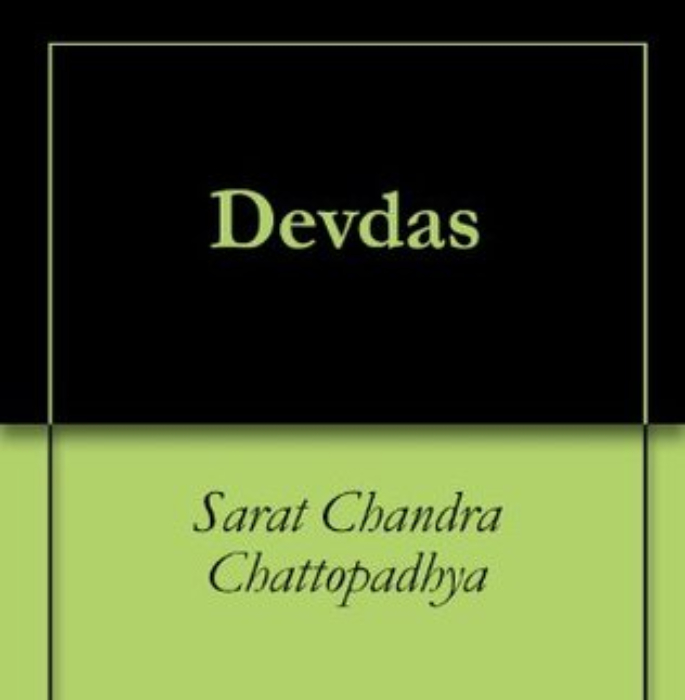 Any Bollywood fan will know the title of this book, even if they have not heard of the author.

This novel, which was first published in June 1917 and originally written in Bengali, tells the story of Devdas.

A young man who loses himself to grief and alcohol after his childhood friend, Paro, marries.

He later finds comfort in the arms of a courtesan, Chandramukhi.

In this classic tale, the author beautifully weaves tragedy with loss. He intertwines love with dejection and as a result, creates a literary masterpiece.

Devdas has been adapted three times within Indian cinema.

The most prominent is the 2002 film starring Shah Rukh Khan, Madhuri Dixit and Aishwarya Rai Bachchan.

A must-read for those who want to be gripped by an anti-hero. 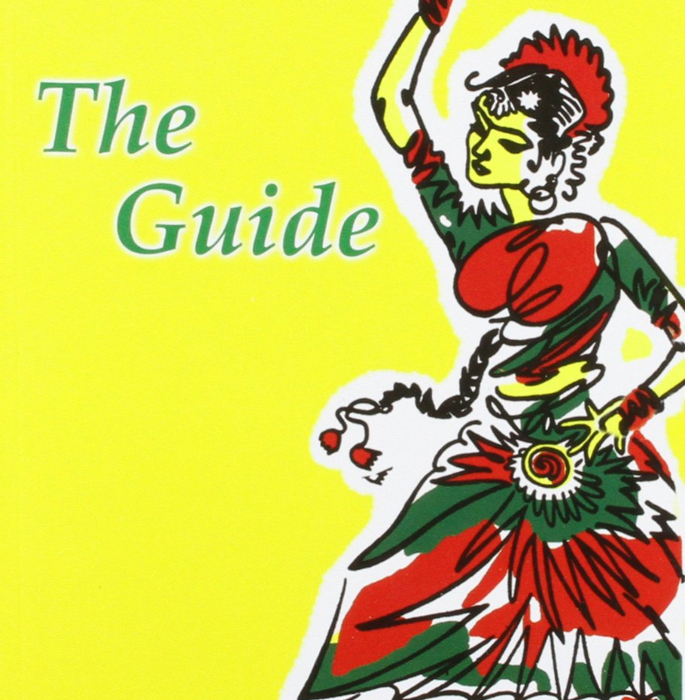 This utterly unique novel tells the story of Raju, a man of many personas who is an opportunist.

Living as a tourist guide in India, Raju ends up in a remote village where the people think he is a holy man.

Seizing the opportunity, Raju accepts this new identity and the perks that come with it.

The villagers believe Raju is a saint, whose fasting will awaken the rain, thereby, blessing the parched lands.

Swapping between first and third-person narratives, the reader is able to understand Raju’s character more.

The Guide has been described by The New York Times as:

“A brilliant accomplishment in his (Narayan) special kind of literature.”

An award-winning Indian film based on the novel was released in 1965.

It is still hailed as a classic and stars the late Dev Anand and Waheeda Rehman in lead roles.

The humour within the novel makes it an easy read.

With underlying tones of greed, materialism and spirituality, the novel is insightful and enjoyable. 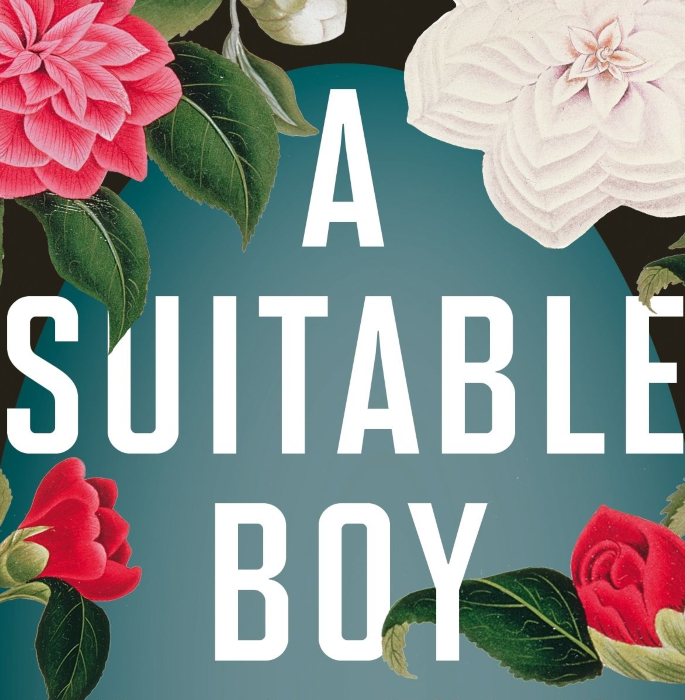 If readers are prepared to be sucked into a world lasting over 1300 pages, then this book is worth the shot.

Author Vikram Seth tells the story of Lata and her mother, Rupa, who is trying to find her a suitable husband.

A very familiar scenario within South Asian culture, and one which Lata is not fond of.

Intertwined within the novel, is the story of the new India, which is just rising through the ranks of independence.

The book portrays the strain of the Indian people as the general election rapidly approaches and tensions grow.

Hewson books described the novel as:

“An epic tale of families, romance and political intrigue that never loses its power to delight and enchant.”

The book heavily focuses on South Asian themes including family, religion and tradition.

Daniel Johnson from The Times stated:

“You should make time for it. It will keep you company for the rest of your life.”

And if a book can do that, it’s more than just pages inside a wad of paper.

In November 2019, the novel was included on the BBC’s list of 100 Novels That Shaped Our World.

The book has since been adapted into a successful TV series, showing on both BBC and Netflix. 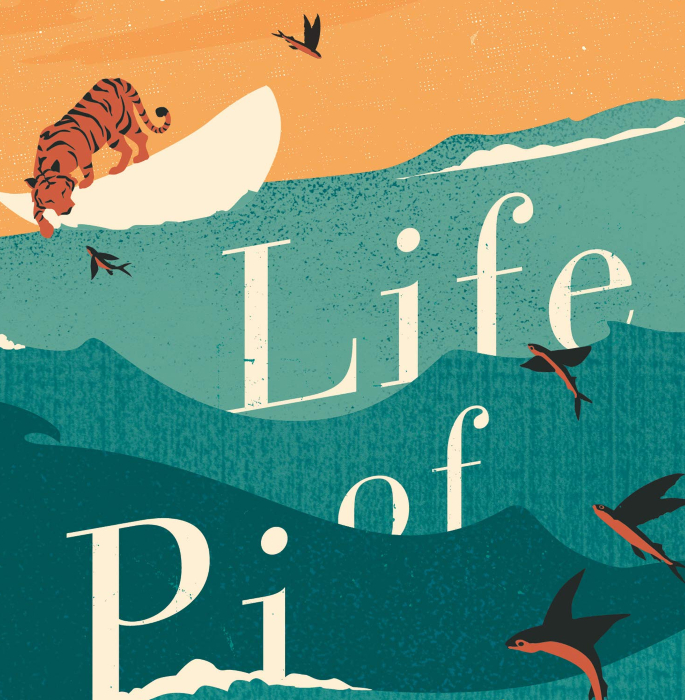 The beautiful thing about the world of fiction is that anything is possible. Even surviving a shipwreck in the company of a Bengal tiger.

Life of Pi follows the story of a young Indian boy who loses his family in a shipwreck. He survives and has to contend with the unforgiving Pacific Ocean.

The only thing he has with him on the boat is a tiger, humorously named Richard Parker.

A Bookishelf review of the novel stated:

“It is a triumph of storytelling.”

“Life of Pi takes the reader on an extraordinary journey – geographical, spiritual and emotional.

“A rare thing, here is a novel that will change your view of the world.”

A motion picture based on the novel was released in 2012 to great acclaim. Filmmaker Ang Lee bagged the Oscar in 2013 for “Best Director”.

Looking for a unique sight into the human spirit, as well as a taste of Pondicherry? This novel will deliver both. 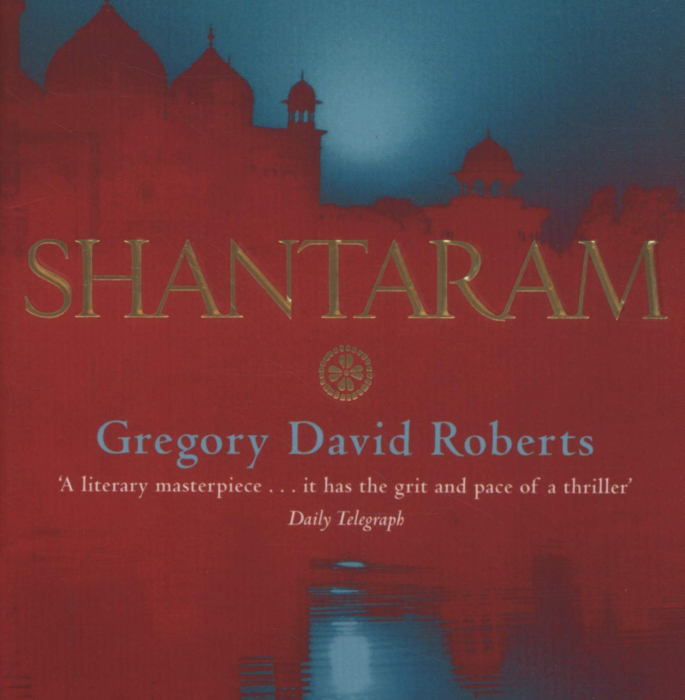 It is difficult to believe that Roberts wrote the manuscript of this book three times while in prison.

Interestingly, some events in the novel are argued to be based on Roberts’ own life. Who at a point was Australia’s “most wanted man”.

Shantaram tells the story of Lindsay, an Australian convict who escapes to India.

After taking up refuge in Mumbai, Lindsay is forced to work in the slums after he is robbed, all the while hiding from the authorities.

He eventually decides to open a clinic for the community, trajecting him towards more criminal activities.

The novel has been lauded for its incredible portrayal of Bombay, vivid characters and third world dangers.

The novel was a great success and was quickly put in the works to be adapted into a television series.

Emma Lee-Potter includes this book on her list of best Indian novels, calling it a “page-turning debut”.

“At a time when stories have never seemed more disposable, to find a narrative that merits all that time and paper feels – in a word – gratifying.”

Indian actor Amitabh Bachchan was even in talks to make his Hollywood debut opposite Johnny Depp in a film adaptation.

This, unfortunately, did not happen and the novel was instead adapted by Apple into a TV series.

A sequel to Shantaram called The Mountain Shadow was released in 2016 which also received high praises. 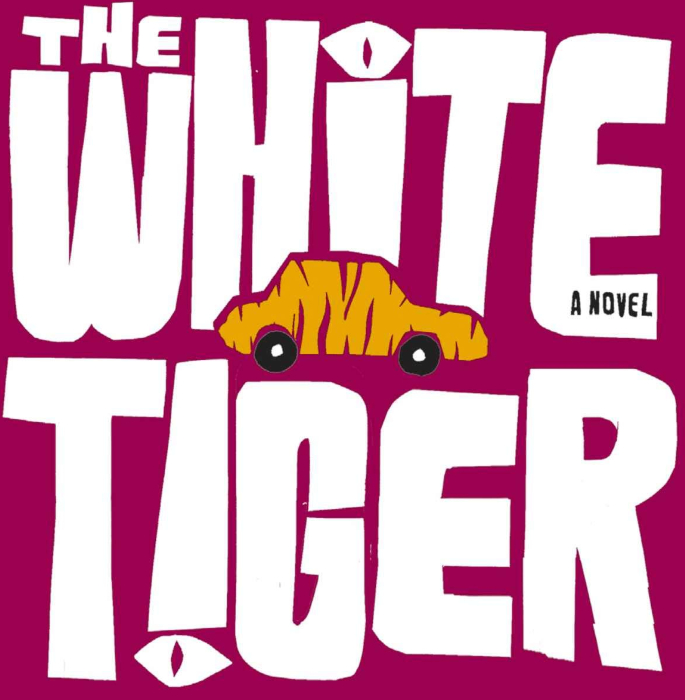 The White Tiger is a book set in India and it tells the story of Balram.  He is a rickshaw driver’s son who comes to Delhi to become a chauffeur to a landlord.

He suffers on a daily basis due to his positioning in India’s class system and the novel slowly unveils some terrible events that change Balram’s life.

The Evening Standard states the novel is:

“As angry, smart and dark as Parasite.”

A movie that won an Academy Award for “Best Picture” in 2020.

It goes on to add that the novel:

“Explores the horrors of one country’s class system.

The White Tiger also won The Man Booker Prize in 2008. The significant balance of humour and hardship makes the book much more entertaining.

In 2021, the book was adapted for a Netflix movie starring actress Priyanka Chopra-Jonas.

“Gorgeous cinematography (by Paolo Carnera) and, at the centre of it all, a sensational star turn.”

You can read all about the servant who is known as The White Tiger on all reading platforms. 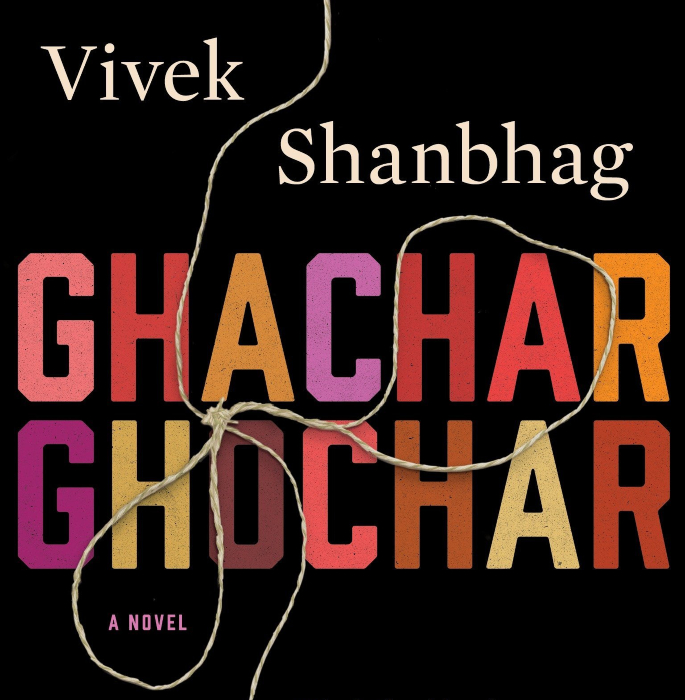 It’s always been a source of contention in history when wealth leads to cruelty. That is what the tale of Ghachar Ghochar tackles.

The story focuses on an unnamed narrator, who is residing in a Bangalore cafe.

Diving into his conflicted thoughts and unprecedented greed, the reader learns of the growing tensions within the narrator’s family and marriage

Similarly to The White Tiger, Ghachar Ghochar dives into the effect of the class system.

Shanbag is already an established writer in Kannada, however, this book is Shanbag’s debut English-language novel.

Making it even more impressive because of its critical acclaim.

In a review, The Guardian states the novel:

“Provides a masterclass in crafting, particularly on the power of leaving things unsaid.”

“(Ghachar Ghochar) proves the necessity of translation for a dynamic literary culture.”

Addressing the psychological stresses linked to wealth, the novel is a fresh take on greed. 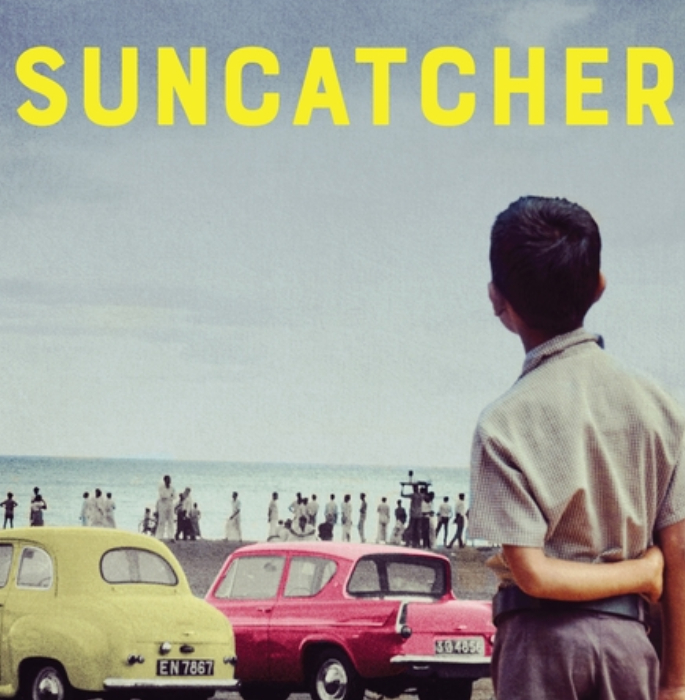 Imagine two characters who are as opposite as two directions on a compass. An introvert and a rebel.

Suncatcher tells the story of Kairo and Jay. The former is a daydreamer – content in his room and hiding in the pages of his comics.

On the other hand, Jay’s own parents can’t even tell him what to do.

This 1960s coming-of-age story showcases the intoxicating side of rebellious life.

When Jay introduces Kairo to this new world of girls, cars and money, Kairo must embark on a life-changing journey.

His risk, bravery and carelessness entice Kairo into a spiral of revelations.

The Scotsman describes the novel as:

“A world in which you are happy to linger, all the more so because you cannot escape an awareness of its fragility.”

In 2020, Suncatcher was shortlisted for the Jhalak Prize.

Although it missed out on the award, it does superbly in highlighting the different upbringings in Sri Lanka. 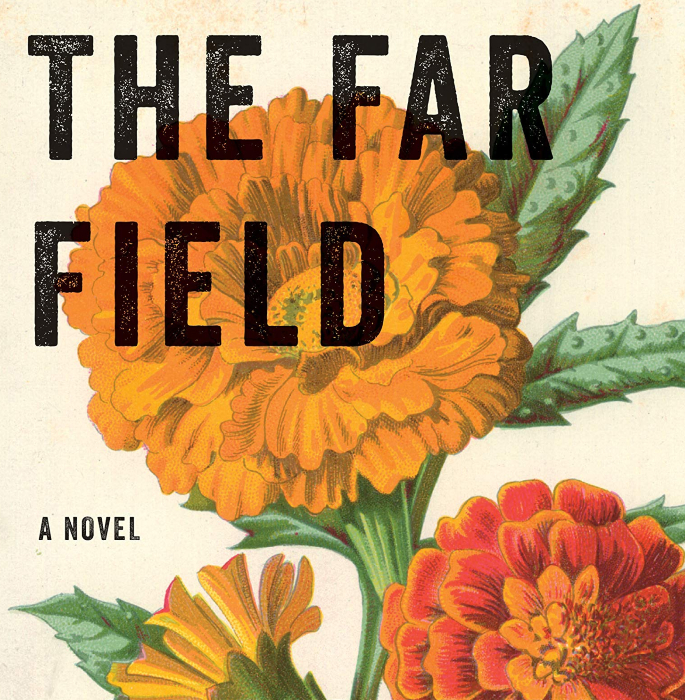 The loss of a mother is a tragedy for all people. For the main protagonist of this book, Shalini, it results in severe consequences.

Shalini travels to Kashmir to confront a salesman whom she is sure has some connection to her mother’s demise.

However, she is totally unprepared for what Kashmir has to throw at her.

A violent web of hatred and politics threatens to ruin Shalini’s life and she is left with devastating decisions to make.

“The Far Field tells a story as immediate and urgent as life beyond the page.”

“Is in awe of Madhuri Vijay.”

In 2019, The Far Field was rewarded for its poise and imagery, winning the JCB Prize for Literature.

It was also longlisted for the Andrew Carnegie Medal for Excellence in Fiction the same year. 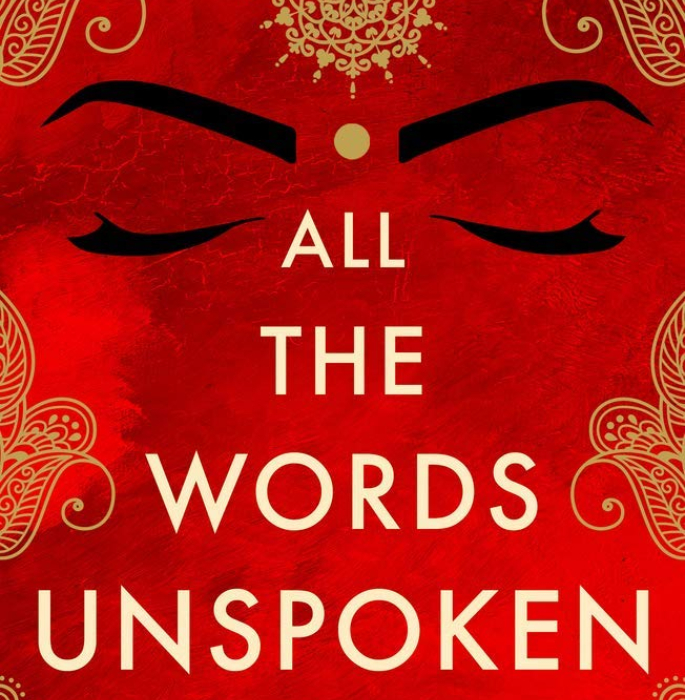 A woman who is depressed and alone, struggling with university and finding any happiness.

Eventually embarking on a new life with Aryan, a wealthy suitor, Maansi believes this is her way out of the darkness.

However, she begins to wonder who Aryan is and whether she’s made the right choice.

Fittingly, she hasn’t been completely honest about herself either.

“Serena Kaur effortlessly focuses on so many issues within the South Asian community.”

Taboo subjects such as sexuality and abortion also appear in the novel, topics that are not commonly talked about within the British Asian community.

“I am to challenge some of the harmful and prevalent ways of thinking within the Asian community.

“However, to challenge these cultural problems, I have to unveil some negative aspects of my culture.”

After all the praise it received, it is surprising that this is Kaur’s debut book.

However, it is enlightening for readers to read about topics within South Asia that are controversial.

Embracing the art of South Asia and addressing multiple topics is a successful recipe for the masses.

The South Asian authors mentioned are also becoming everpresent within the literary world.

Such as Romesh Gunesekera who has other engaging novels such as Reef and The Prisoner of Paradise.

R.K. Narayan has also established himself with his books The Vendor of Sweets and A Tiger for Malgudi.

Interestingly, Shantaram is also the first book of a planned four-part series.

This illustrates a growing South Asian presence within literature and a rise in South Asian storylines.

With this diversity of characters and plots, there are numerous books tailored to specific people and their interests, and this list is the perfect place to start.

Indian origin Crypto Investor buys Artwork for $69m
Which Language is the Oldest – Tamil or Sanskrit?