Pakistani Policeman Uses Own Daughter as Bait for Rapists

A Pakistani policeman took an unusual method during an investigation by using his own daughter as bait to capture rape suspects.

"The girl told police that he had subjected her to criminal assault."

A Pakistani policeman, ASI (assistant sub-inspector) Mohammad Bux Buriro volunteered his own daughter as bait to catch rapists in Kashmore on November 13, 2020.

The victims, a Karachi woman and her five-year-old daughter were rescued after being assaulted and raped for days.

The incident started when a woman met a man at the Jinnah Postgraduate Medical Centre in Karachi nearly a week before the incident.

The man lured her to Kashmore with a fake job offer at the Kashmore Toll Plaza.

Upon her arrival at his residence, the mother and daughter were raped after which, they were handed over to another man living near the Sindh-Balochistan border in Pakistan.

As per reports, the mother was asked to call in another girl from Karachi for them to misuse and assault, in exchange for her and her daughter’s freedom.

According to the woman, the suspects even offered to pay her for her travel expenses to and from Karachi (228 miles from Kashmore).

Agreeing to the exchange, the woman directly approached the Sindh police where she informed then that the suspects held her five-year-old daughter hostage in return for another woman.

Kashmore Police then came up with a plan, and the Pakistani policeman and his family volunteered in the action.

“Our ASI Mohammad Bux Buriro persuaded his wife to talk to the suspect over the phone which she did.

“Then the woman from Karachi and the ASI’s daughter waited in a park in Kashmore where the suspect was scheduled to meet them.”

Wife of ASI Mohammad Bux telling how they risked their lives to arrest rapist of a four years little Alisha in #Kashmore. Daughter of ASI risked her life talked to rapist on call & wnet to meet her to culprit get arrested.#Respect #Salute #Humanity ?#JusticeForAlisha pic.twitter.com/gEd4zI5TCh

Police caught the culprit, Rafiq Malik, as soon as he arrived. He then led the police to the cattle pen where he has kept the victim’s daughter.

The officer said: “The girl told police that he had subjected her to criminal assault.” 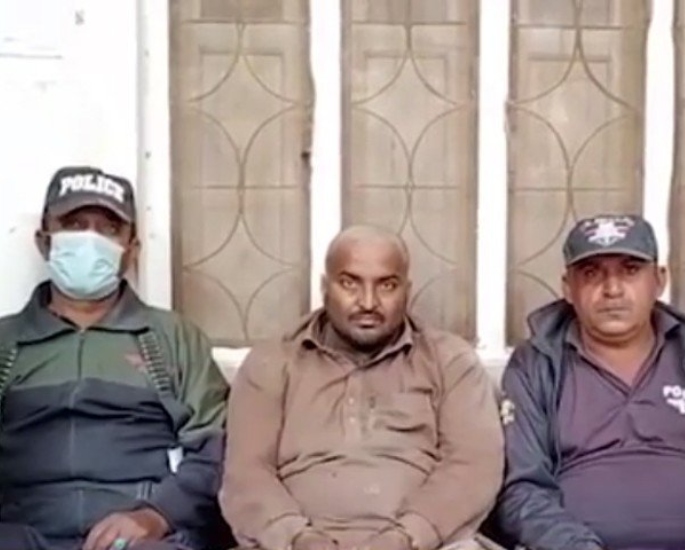 Channa explained that the trap was arranged and police needed a woman for this purpose so the suspect would be tricked into thinking the victim had brought another woman as he had desired.

He added: “Otherwise it would have been difficult to lay hands on him.”

Malik’s arrest and investigation also led to the arrest of the second culprit of the Kashmore gang-rape case, Khairullah Bugti.

The Kashmore Police on November 14, 2020, conducted a raid in the hideout of the second suspect of the case, Bugti.

According to Larkana Deputy Inspector General (DIG) of Kashmore Police Nasir Aftab, the main suspect, Rafiq Malik was killed in police custody during shots fired by his accomplice Bugti.

According to the police, Malik accompanied them on the raid in order to identify Bugti.

DIG Aftab told Dawn that Bugti was later arrested along with the “rifle after the exchange of firing.”

The latest incident involving sexual violence against women and children in Pakistan sparked local outrage on social media and was condemned by rights activists and Pakistani politicians.

It remained one of the top trends on Twitter in Pakistan and was being posted about with the hashtag ‘Kashmore tragedy’.

Meanwhile, the Pakistani policeman and his family have been receiving immense appreciation on social media by their country.

Arrest of the accused in #Kashmore rape case
Mother of the five year old child approached the police that her daughter would only be released if she provided them another girl. ASI Mohammad Bux volunteered to trap the abductors by offering his own daughter.
Salute to you sir. pic.twitter.com/adYRENngix

Internet users from across the country have been lauding the heroic efforts of the family to catch the culprits.

In response to this horrendous crime, Pakistan’s Prime Minister Imran Khan has planned to bring a “stringent and holistic anti-rape ordinance closing all loopholes”.

Imran Khan took to Twitter after talking to ASI Buriro on the phone.

Spoke to ASI Buriro lauding his & his daughter's exemplary initiative & courage in arrest of Kashmore rapist. The nation is proud of them & he has given positive uplift to image of police. Next week we are bringing a stringent, holistic anti-rape Ordinance closing all loopholes.

Adviser to the Pakistan Prime Minister on Parliamentary Affairs Babar Awan has announced that a new ordinance has been drafted in Pakistan law to better address the incidents of rape in the country.

There are over 21,000 rape cases registered in Pakistan in the last year and “only a few hundreds of them could go for trial”.

To cover the loopholes and ensure timely justice, a new and separate prosecution network was being created, the adviser said.

Giving details, he said the properties of the convicts in such cases would be forfeited for paying compensation to the victims.

In order to create deterrence in the society, he said “ultimate and stringent punishments” would be awarded to the culprits.

He did not elaborate on the measures which the law suggests for this purpose but ruled out the option of public hanging as demanded by several political leaders, including some ministers.

Mr Awan said special courts would be set up in all the divisions to prevent delay in completion of the trials.

As for the current victims of the Kashmore gang-rape case, Pakistan’s Sindh Governor Imran Ismail met with the victims on November 16, 2020.

The governor said he had given cash assistance of Rs 500,000 (£2,400) to the mother of the minor girl for her financial support.

He said Pakistan’s Federal Minister for Maritime Affairs Ali Zaidi “has taken upon himself to ensure” the welfare and education of the daughter and also to provide a job to the mother.

“The Ministry of Maritime Affairs will give a scholarship to the daughter.”

The mother and daughter are currently being treated in a civic hospital in Larkana, however, the Pakistan government has ensured that they would be flown anywhere in the world for their treatment.

Akanksha is a media graduate, currently pursuing a postgraduate in Journalism. Her passions include current affairs and trends, TV and films, as well as travelling. Her life motto is 'Better an oops than a what if'.
Indian Widow’s bid to Stay in UK backed by 60,000
Indian Wife & Father-in-Law having Affair kill Husband