Actor Pearl V Puri, who is known for starring in ‘Naagin 3’, has been arrested for allegedly raping a young girl.

"we have taken him into custody"

The alleged incident took place on-set in Vasai, Mumbai, where Puri was shooting in October 2019.

Police said that a complaint was lodged by the victim’s father, but at the time, the accused’s identity was not revealed.

Puri was arrested on June 4, 2021, after he was identified as the accused.

DCP Sanjay Patil said: “The victim identified the accused recently, and after recording her statement, the accused has been arrested.

“After the identification of the accused, we have taken him into custody for further investigation.”

Puri was booked under Sections 376 AB (punishment for rape of woman under 12 years of age) of the Indian Penal Code.

Following the news of his arrest, many people from the Indian TV industry came out in support of the Naagin 3 actor, calling the allegations baseless.

One of Pearl V Puri’s supporters is producer Ekta Kapoor who posted a lengthy message.

In an Instagram post, Ekta claimed that the victim’s mother reached out to her, saying that Puri was innocent. 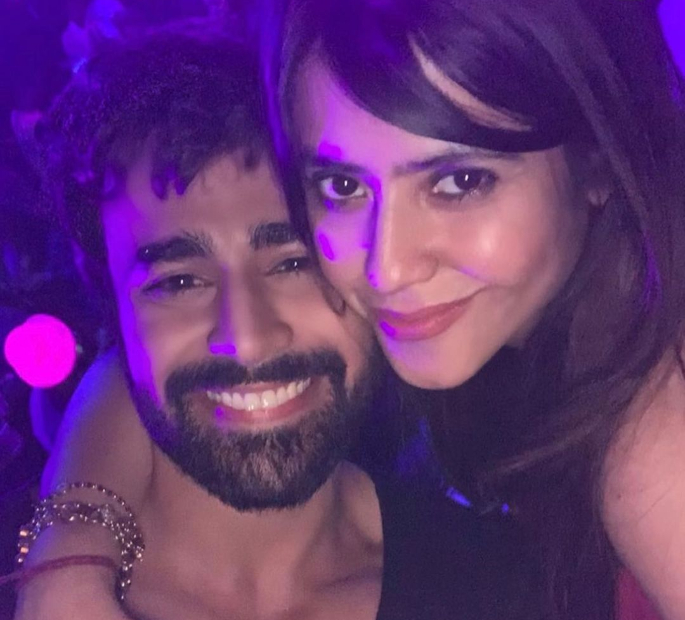 It read: “Will I support a child molester… or a molester of any kind?

“But what I witnessed from last night to now, was the absolute low in human depravity.”

“How can humanity go to this level? How can people who are upset with each other, drag a third person into their own fight? How can a human being take on another human being and do this?

“After various calls with the child‘s/girl’s mother, who openly said that Pearl was not involved and it’s her husband trying to create stories to keep her child and prove that a working mother on a set cannot take care of her kid.

“If this is true then it is wrong on so many levels!

“Using an extremely important movement like ‘Me Too’ frivolously, to get your own agendas met with and mentally torturing a child and making an innocent person guilty.

“I have no right to decide, the courts will decide who is right and wrong.

“My opinion only comes from what the girl’s mother said to me last night and that is – Pearl is innocent and it is very very sad if people are using various tactics to prove working mothers are unable to take care of their children because there are predators on the set.

“I have all the voice notes and messages between the child’s mother and me which clearly points to the false allegations being put on Pearl.

“The film industry is as safe or as unsafe as any other business.

“To give it a bad name to get your agenda sorted is the lowest form of low ever.

“If by chance, Pearl is proved innocent, I request people to look more deeply into how the important and much-needed movements in today’s time, are being used unfairly reducing the gravitas of the situation.

Despite Ekta’s statement, DCP Patil revealed that there is evidence against Pearl V Puri.

He said: “No, the accusations are not false.

“His name has come up in the investigation. There is evidence against him.

“That is why police has arrested him. The truth will be decided in the trial.”

Dhiren is a journalism graduate with a passion for gaming, watching films and sports. He also enjoys cooking from time to time. His motto is to “Live life one day at a time.”
Are Katrina Kaif and Vicky Kaushal an Item?
Kangana Ranaut reveals ‘Relapses’ in Covid-19 Recovery