Moeen Ali inspires Worcestershire to glory in the 2018 Vitality Blast T20 competition, with an impressive 5 wickets win against Sussex Sharks in the final.

"I was delighted, I was calm inside, I just knew we were going to win today."

Captain Moeen Ali led Worcestershire Rapids to a famous victory in the final of the 2018 T20 Vitality Blast cricket competition.

With 9 balls remaining, Worcestershire beat the Sussex Sharks by 5 wickets at Edgbaston Cricket Stadium on 19 September 2018.

Moeen Ali, Ben Cox and Patrick Brown were the star performers for Worcestershire on Finals Day.

The 2018 Vitality Blast Finals was a big day in the calendar of domestic cricket. It was the first time the Rapids made it to the finals.

It was a full house at Edgbaston, the home of English T20 cricket. On a glorious day, there were over 25,000 people in the stadium.

The atmosphere in the ground was simply electrifying, especially with fans in colourful attire. Spectators were in for a treat with some exciting cricket on offer, consisting of two semi-finals and a grand final.

DESIblitz rounds-up all three games being at the tournament to witness the action: 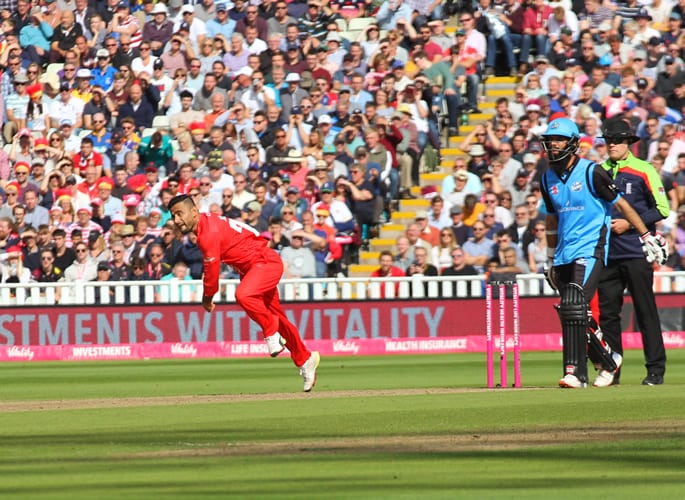 In the first match, Lancashire won the toss and put Worcestershire into bat.

St Lucian and former West Indies captain Darren Sammy was part of the commentary team. He felt the wicket was good to bat on – be it on the slow side.

The two teams went onto the pitch, with fireworks blasting away. The Rapids were without overseas players Martin Guptill (NZ) and Callum Ferguson (AUS). However, they were confident with the resources available.

The 1st semi-final got underway as per schedule at 11:00 am.

A young Worcestershire side was under pressure to score big. It was imperative for Mooen Ali to give the Rapids a good start. This is exactly what Moeen did.

Ali hit back to back boundaries in the first over, with a beautiful drive and by skipping down the pitch. An effortless six down the ground and three 4s from Moeen came in the next over – just what the doctor had ordered.

Joe Clarke was first to go, clean bowled by James Faulkner for 5 to leave Worcestershire 37-1.

The Rapids had a very good Powerplay, with Ali scoring 38 off 17 balls. Moeen was eventually caught out by James Faulkner off Afghanistan’s slow left-arm chinaman Zahir Khan. His cameo of 41 came off twenty-one balls.

A little hesitation from Brett D’Oliveira was enough to run him out for 0. On the next delivery, Tom Fell (23) was stumped by Jos Butler by a superb drifting delivery by leg-spinner Matt Parkinson.

Worcestershire were 5 down when Ross Whiteley (9) was bowled out by a ripper from Parkinson, which hit the top of leg stump. Rapids 6th wicket went down, with Daryl Mitchell (6) given lbw off Jordan Clarke. 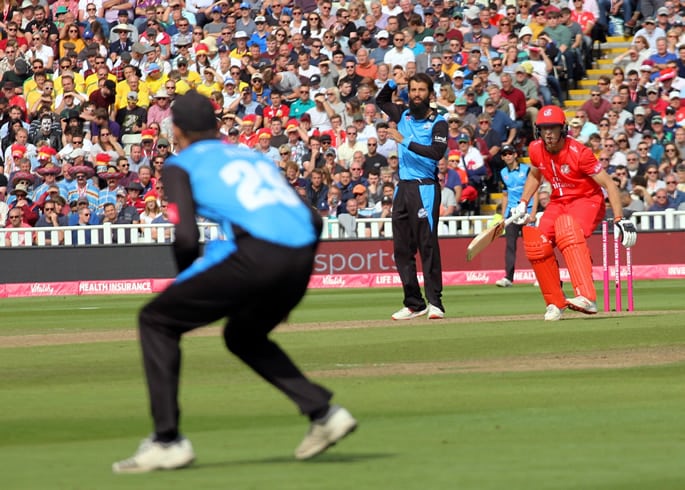 What a fightback from Lancashire! The Rapids went from 70-2 to 97-6. Worcestershire was at one stage looking at 185 plus but now had to settle for around 160.

A 50 partnership off thirty-one balls from Ben Fox and Ed Barnard took the Rapids closer to their target.

Lancashire’s 19th over cost them a mammoth 27 runs. Cox brought up his half-century in 32 balls. It was not his score that mattered, but what he did in a crisis situation.

The Rapids went onto score 169-6 in their 20 overs. It was a brilliant start and finish, with nothing in the middle for Worcestershire.

Alex Davies was first to go for Lancashire, run out by Barnard for 9. Lancashire was 55-1 after the Powerplay.

Just when Lancashire was on a roll, D’Oliveira took a running catch of captain Liam Livingstone (30) off Barnard.

Ali then removed Arron Lilley (23) lbw to leave Lancashire struggling on 67-3. Replays showed that it was umpires call, with the ball just clipping the stumps.

Moeen was on fire, as Jos Butler (12) chopped the ball back onto his stumps. What a prize wicket this was for the Rapids! The Lightning team were 89-4.

A silly run out cost the wicket of Dane Villas for 13. Mitchell took a good catch at deep-backward square leg to send Jordan Clark (3) back to the pavilion off Patrick Brown.

A catch by Fell at long-on off Brown saw the end of an injured Faulkner (2). A knuckleball from Brown then bowled out Toby Lester for a golden duck. A slower delivery from Brown got him his 4th wicket when Parkinson (0) found Fell at long-on.

Worcestershire was the first side in the final, as Lancashire lost the match by 20 runs. Ali was superb in the field, taking 2-16 in his four overs.

In the second semi-final, the Sussex Sharks won the toss and decided to bat first. Somerset got to a good start, as Sussex opener Phillip Salt (13) was out caught by Max Waller off West Indies pacer Jerome Taylor.

Laurie Evans was next to go, given lbw off Taylor for 8. Delray Rawling (18) was then caught behind by wicketkeeper Steven Davies off Waller. The game was in the balance, as the Sharks were hovering on 73-3.

While wickets were tumbling at one end, Luke Wright reached his 50 with a six to the Holly Stand in the 12th over.

Somerset finally got their man. Wright was caught by Waller off Kiwi All-Rounder Corey Anderson.

Wright’s 92 including seven 6s and five 4s was the highest score on Finals Day since its incarnation 16 years ago. Wright received a standing ovation heading towards the dressing room.

South African David Wiese got to his 50. But Taylor taking back to back wicket somewhat dried up the run spree. Waller caught Michael Burgess at long-on for 2. Wiese was then caught by Johann Myburgh for 52.

Soon another a wicket went when Chris Jordan found Jamie Overton at deep-square leg for nought off Lewis Gregory.

Jofra Archer was run out by Tom Abell off the final delivery. Sussex Sharks ended their innings on a credible score of 202-8. This being the second highest team total in the history of the Finals Day.

The Sussex innings imploded with an anti-climax at the end. Consequently, from 193-3, the Sharks made only 9 runs and lost five wickets.

Archer got Sussex to the perfect start, as Steven Davies looped it to Danny Briggs at backward point to leave Somerset on 3-1.

Trying to make some room, Myburgh (22) was out to a soft dismissal, caught at cover point by Rawlins off Archer.

Jordan then took the wicket off Peter Trego (5), caught at mid-on by Wiese. Trego taking long to leave the ground did some up the Somerset mood.

Hence, at 33-3, Somerset had a very difficult task ahead. It was a question of now building a partnership. But it soon became 48-4 when James Hildreth (15) was caught by Wiese off slow left-arm orthodox bowler Danny Briggs.

In came Anderson to give Somerset their last hope. Even though their hundred came up in the 12th over, there was a lot to do.

Just when the table began to turn, Anderson hit straight and brushed Briggs index finger to run out the non-striker Tom Abell for 48. What a horrible way to get out!

Anderson was eventually out for 48, caught by Tymal Mills at short third man off Archer. Trying to create some room, Jordan bowled out Gregory (7) with all three stumps visible. With 158-7, there was no way back for Somerset.

In the final over, Mills bowled Overton. With three balls remaining, Somerset did not look good at 163-8.

Hats off to Jordan for ending a superb spell, getting 2 wickets in his four overs, including a maiden.

I am afraid this was not a great contest. Thus, the Sussex Sharks booked their place in the final as they beat Somerset by 35 runs.

The groundsmen were quick on the pitch to get everything ready for the final. 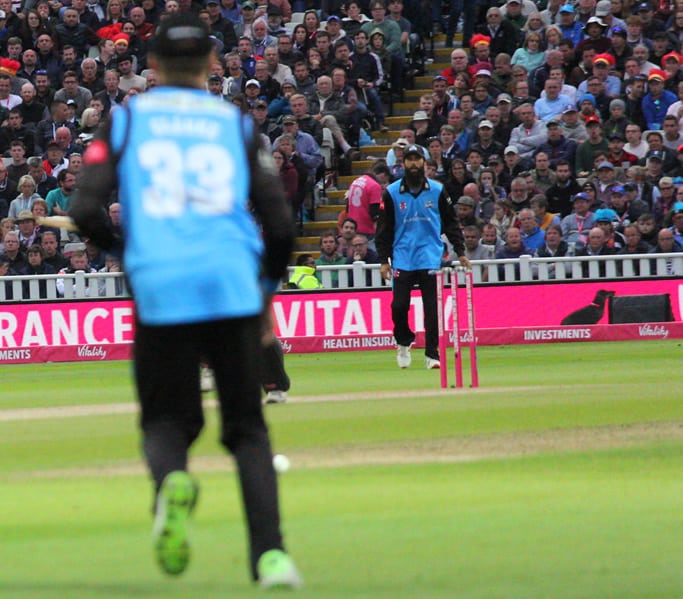 In the final, with the floodlights on, Sussex captain Luke Wright won the toss and opted to bat first.

The final was a truly historic occasion. It was the first time Worcestershire were playing the Sharks in a domestic T20 competition.

Likewise, for Wright, it was reaching a personal milestone, as he was playing in his 300th T20 match. The flames of the fireworks met the Sussex openers onto the pitch.

The air was chilly as the Sharks began their innings.

An in-form Phillip Salt (17) was out due to some poor cricket. Brett D’Oliveira run out Salt after failing to ground the bat in, with his left leg still up in the air.

What a criminal dismissal!, Salt with his helmet on, kept chewing in the dugout. Sussex lost their first wicket on 19.

Despite Wright and Laurie Evans solidifying the innings, they could not reach 50 by the end of the Powerplay phase.

After a short period of hush, the crowd got noisy. Evans hit a smashing six off Moeen Ali to bring their 50 in the 8th over.

Wright (33) coming down the wicket, with a huge swing was then bowled out by Moeen. The final was nicely poised at 77-2.

Rawlins (21) hit out to Patrick Brown at long-off in the final delivery of Ali’s third over.

Moments later, David Wiese (6) playing on to the stumps was out to Moeen in his final over. What a great Finals Day Ali was having!

Steadying the ship, Evans notched up his 50 in the 16th over.

Evans (52) departed a few minutes later, as Ed Barnard bowled him with a slower delivery. The Rapids pulled it back well. At one point, Sussex we’re heading to 180+.

Brown bowled a tight 19th over to add further misery to the Sharks.

On the last ball,  Jofra Archer was out for 7, caught in the deep by Barnard off South African Wayne Parnell.

Sussex could only manage a below-par total of 156-8 in their 20 overs.

Unlike the Sharks, the Rapids accumulated fifty runs within the Powerplay.

Soon afterwards, Joe Clarke was caught behind by wicketkeeper Michael Burgess off Danny Briggs for 33. A wicket at last for Sussex!

In the next over, aiming to drive Tom Fell (1) was caught by Wright off Will Beer at extra cover. After a good start, Worcestershire were 62-2.

D’Oliveira (10) was out to a needless stumping off Briggs, putting more pressure on the Rapids. With Worcestershire now 80-3 it was getting tense.

Salt then took the key catch of Moeen (41) at long-off which went low and flat. Poor execution by Ali, having hit a 4 the previous delivery. What a scalp for Beer!

The game was see-sawing as Worcestershire were now facing a battle at 90-4. Any hopes of Ross Whiteley (14) pulling it off went quickly when he was brilliantly caught by Jordan at long-on off Archer.

Finally, it came down to semi-final hero, Ben Cox to do the damage. Therefore, Cox hit some lusty blows as the Rapids comfortably cruised to victory by 5 wickets.

Skipper Moeen Ali lifting the trophy at the ground where his journey began said: “It’s my home innit. I was delighted, I was calm inside, I just knew we were going to win today.” 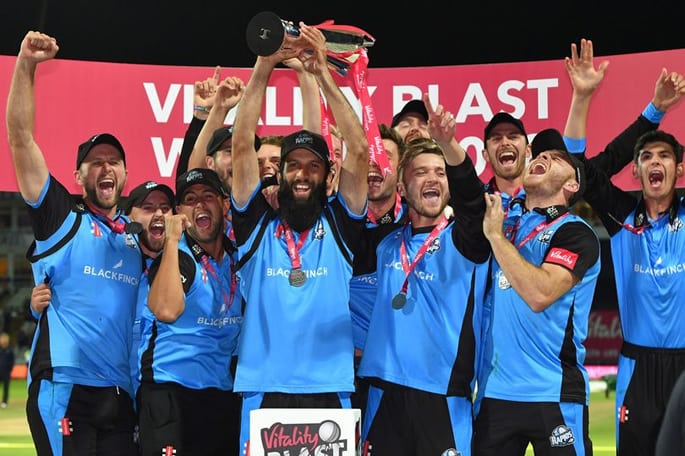 Moeen made two forties and took 5 wickets in total during Finals Day.

Man of the match Ben Fox acknowledged the bowlers saying. “Credit goes to those bowlers, 158 won it in the first half. Browny’s been outstanding in the whole comp, one of the finest death bowlers in the country and at 19-20 he’s our go-to bowler.”

“After today, it will not surprise me if he got an England call-up in the winter – In the T20 or ODI squads. I still think he has got more in him. He has good pace, which will get better.”

Brown definitely has to be the find of the tournament. He has been bowling, tremendously well, taking 31 wickets in the competition.

Above all, for Moeen Ali, the 2018 ECB season finishes on a high note. 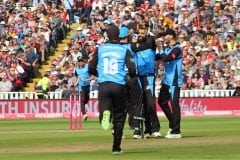 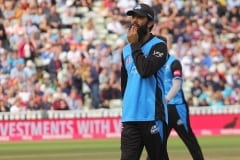 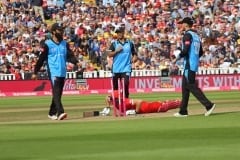 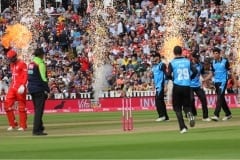 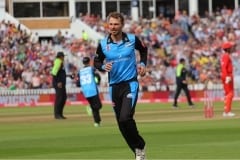 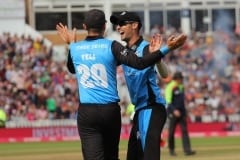 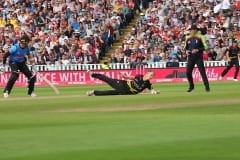 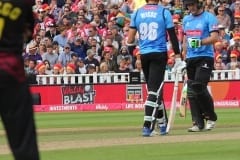 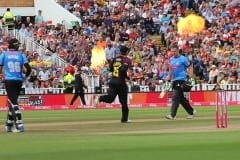 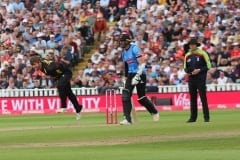 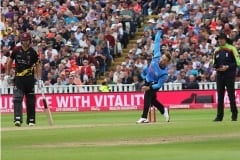 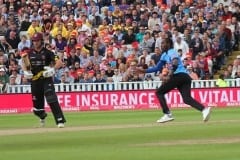 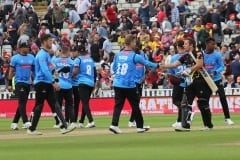 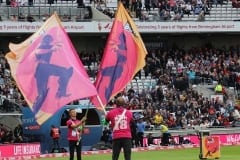 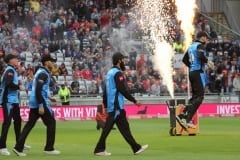 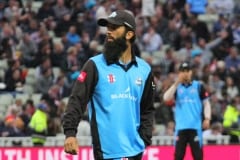 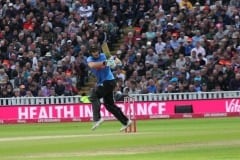 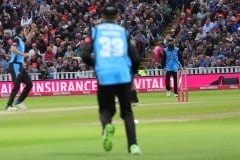 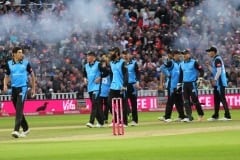 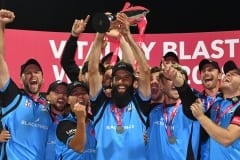 Faisal has creative experience in the fusion of media and communication and research which increase awareness of global issues in post-conflict, emerging and democratic societies. His life motto is: "persevere, for success is near..."
India vs Pakistan Asia Cup 2018: Great Neighbours Clash
Most Successful Indian Tennis Players