Dibakar Banerjee, director of Love Sex aur Dhoka, talks to DESIblitz about this film which pretends not to be a film but instead a collection of raw digital camera footage presented in a voyeuristic way. Actor, Anshuman Jha, tells us of his debut in this unique Bollywood movie.

"it was very real and very raw"

Talented film-maker Dibakar Banerjee talks to DESIblitz about the inspiration behind his new film “Love, Sex aur Dhoka (Betrayal)” or LSD for short, produced by Alt Entertainment. This film is completely different to his previous films Khosla Ka Ghosla (2006) and Oye Lucky! Lucky Oye (2008) and is a hot topic of discussion.

‘Khosla Ka Ghosla’ and ‘Oye Lucky! Lucky Oye’ are two of Dibakar’s previous National Awards Winning films that use a typical reality based but low budget production. In his films, Dibakar creates a new form of entertainment, by using rare dialogues and creates a sense of humour by the unique characters and the situations that they are in caught up in. 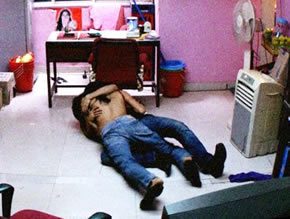 Dibakar’s film, ‘Love Sex aur Dhoka’, turned the heads of many as he directed the first controversial “big brother” romance and betrayal drama film. The film endeavours to explore a daring concept that focuses on voyeurism in our society and so it has a controversial subject matter and sexual related content. A bold film which does not want to ‘hide’ reality.

In the UK, the opening red carpet night for LSD was on the 15th July 2010 at the London Indian Film Festival (LIFF) at Cineworld in Haymarket. Where we met up with Dibakar Banarjee and actor, Anshuman Jha, who plays Rahul in the film. Watch the interview below to find out what Dibakar tells us about is film and how Anshuman felt to star in this style of movie.

Voyeurism has been an on-going subject in India and Dibakar chose to bring this idea to the forefront of Indian cinema. He has taken a positive approach on this area of film making, by saying, “jo hoga dekha jayega.”

This film was originally intended to for an Indian audience but has a certain style that would capture audiences internationally. 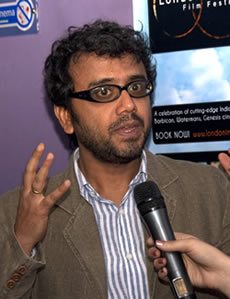 Dibakar explained that the making of the film did get a little difficult at times as LSD had to be kept at a low budget cost. To create the effect of realism he told us how he used shaky movements of the camera, low lighting and an unknown star cast.

He explained that having ‘A- list’ cast would reduce the impact of reality. This was a technique used for a ‘fly-on-the-wall and hidden cameras’ production. The effect of the shaky camera movements goes to prove that ‘someone is watching’ which is the undercurrent of this movie.

LSD is the first film to be shot in digital using the HD format. He told us a lot of the filming was treated to give it a more rough and crude look. The film does not contain any of the ‘niceness’ you would see in usual Bollywood movies, thus, no dance sequences, romantic songs or high energy action with lots of effects. The film is tackling realism using an alternative format visually.

The plot revolves around the theme that intrusiveness may go beyond its limits and be used for fame. There are three real life stories that make up the plot of this film, each bisecting one another; (1) a Diploma Blockbuster video, (2) MMS Scandal and (3) a Sting Operation. LSD deals with intrusion of hidden cameras in people’s lives, for example, it uses MMS News media as a form of entertainment.

Dibakar uses his creative flair in this film and sees this as a reality to capture audiences to make them aware about what is actually going on in India. 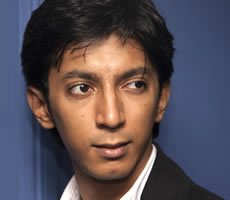 Anshuman Jha, who plays Rahul in LSD told us it was an honour for him to act in a Dibaker film as his first debut Bollywood movie. He said, “His [Dibakar] previous films I admired a lot, and to be doing a film with him, which would be my debut film was just fantastic.” Regarding his experience he said, “It was challenging because it was unlike Bollywood. There was not a lot of glamsham, artificial glamour attached to this film, it was very real and very raw.”

Ekta Kapoor a popular Indian TV and film producer (daughter of Hindi film actors Jeetendra and Shobha Kapoor, and sister of Tusshar Kapoor) is one of the producers of the movie. In response to the question why newcomers were used in the movie, she said, “Newcomers were needed for a film like LSD it has stories that have influenced our mindset and happened to real people like the MMS scandal and various sting operations.” 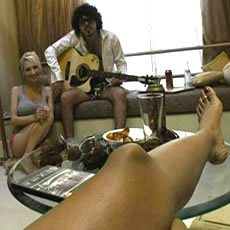 The theme of the film was not an easy ride with the censor boards in India. Objections were made to a some dialogues and Dibakar was asked to reduce the sex scenes in the film. So, Dibakar, not happy with the changes, reluctantly, made the changes, including re-dubbing some of the ‘objectionable’ language in the film.

The song in the film, originally called, Tu Nangi Achi Lagti Hai had it’s lyrics changed to Tu Gandi Achi Lagti Hai in the film. The film received an ‘A’ certificate by the Film Censor Board of India, making it an Adult audience (above 18 years only) film.

Vinayak Azad, Regional Officer of Censor Board, said of the changes demanded, “Yes, we asked them for some language as well as some visual cuts. They had already blurred the sex scene and even changed the word from ‘nangi’ to ‘gandi.’ They have reduced the sex scene to 15 seconds.”

It looks like this film will be the first to set up a new trend in the cinemas. It’s out to shock you and a must-watch for all those bold people who aren’t afraid to watch a realistic movie without any expectations of ‘traditional’ Bollywood.

Filming and photography by Antonio Pilade for DESIblitz.com. Copyright © 2010 DESIblitz.