Aishwarya and Kate Winslet in Ad

Academy Award winner Kate Winslet and Bollywood beauty Aishwarya Rai Bachchan will be shooting a commercial together for the cosmetics brand, L’Oreal. This is the first time two top female stars from the East and West will be featured in this way.

Aishwarya Rai Bachchan is to appear in a new L’Oreal ad with Academy Award winning actress, Kate Winslet. This is the first time that Aishwarya will be sharing the stage in her long contract with L’Oreal. However, the actress says she has always admired the work of Kate Winslet and looks forward to working with her.

The ad will be shot in Italy over two days by a renowned director. A source close to the Bollywood star said, “Aishwarya is very excited to meet Kate and moreover shoot with her for the ad.”

This is the first sign of a shift away from the usual image of Aishwarya as brand ambassador and might signal the start of L’Oreal plans to move Aishwarya to the over 30s market. This move came after Aishwarya refused to endorse a skin lightening cream for L’Oreal. The beauty company offered the part of brand ambassador to Sonam Kapoor instead. It is possible that L’Oreal were already planning on representing Aishwarya to the older market. 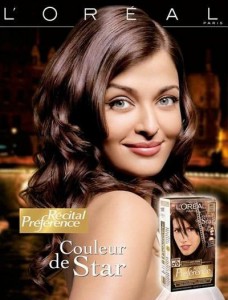 Aishwarya’s career with L’Oreal began in 2003. She has appeared in advertisement for L’Oreal for its shampoo, hair colour, lipstick and mascara. The adverts have been dubbed into Italian and presented to the Mediterranean market. It is Aishwarya versatility in appearance that increases her worldwide presence.

Aishwarya’s L’Oreal career coincided with her association with the Cannes festival. It was also a time when Aishwarya was launching herself in the American and European film market with releases like Bride and Prejudice, Mistress of Spice and Last Legion. This culminated in a part in Pink Panther which maximised her exposure in the USA.

Aishwarya’s time with L’Oreal marked the beginning of the beauty giants forays into the Indian subcontinent. The rise of the Asian economy opened up a new market of consumers in India. Previously Lakme had been the only choice for Indian women. Those who wanted a variety had to rely on expensive imports. Since then Channel, Mac, Revlon, and Bourjois are all stocked in Indian boutiques. L’Oreal was the first of these companies to venture into the Indian market and accepting Aishwarya onto its dream team was a good move.

L’Oréal enthused at the time that

“Aishwarya Rai truly personifies the L’Oréal Paris woman displaying beauty, sophistication, charm, modernity, confidence and a reluctance to settle for anything less than the best.

“She also adorns the values of today’s woman: intelligent, self-assured and decisive. Be it her mesmerising blue-green eyes, her inherent talent and grace, or her obvious intellect, Aishwarya is undoubtedly one of the most admired actresses on Indian cinema.”

Aishwarya’s acceptance as a global brand ambassador with equal position to other L’Oreal faces such as Eva Longoria, Andie MacDowell and Milla Jovovich was cemented with the ColorRiche lipstick campaign. Each brand ambassador endorsed her own choice of lipstick shade for L’Oreal. The lipsticks were embossed with the signature of the ambassador endorsing the colour. The colours were especially blended by international make up artist James Kaliardos. 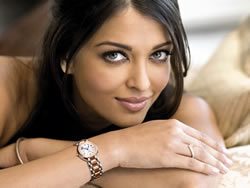 The popularity of Aishwarya’s beige, nude shade with worldwide audiences testified to the fact that an Indian actress can cross international boundaries.

Aishwarya has not been shy in accepting international publicity. Winning Miss World in 1994 launched Aishwarya onto the world stage. The actress was quick to take advantage of any endorsement offers to promote her modelling career.

Aishwarya was the first Indian model to appear on European and American billboards as the face for De Beers diamonds. Her modelling work for Longines, the Swiss watch brand; in ad campaigns and on the ramp, also maintained her international presence. This is something encouraged by her as she pushed for a Hollywood career.

L’Oreal’s association with Aishwarya also opened doors for charitable work. To celebrate L’Oreal’s 100th year the company launched Beautiful Beginning in India. Aishwarya inaugurated the project in 2009 offering free beauty training to underprivileged girls at Khar Danda village. This was a partnership between L’Oreal and Aide et Action, an NGO specializing in free education. Aishwarya visited the village dressed in a chic fitted jacket and boot cut jeans combination and personally met the girls benefiting from the project.

S Basu wants to explore the place of Indian diaspora in a globalised world in her journalism. She likes being a part of contemporary British Asian culture and celebrates the recent flourishing of interest in it. She has a passion for Bollywood, Art and all things Indian.
Bollywood goes Twitter crazy!
Love, Sex aur Dhoka – Bollywood Voyeurism