Television actress Kratika Sengar Dheer opened up about being trolled, with some accusing her of not being pregnant.

"I receive messages that I don't seem pregnant."

Kratika announced her pregnancy in November 2021 and since then she has been sharing pictures of herself.

She has also shared pictures from her maternity shoots.

However, Kratika was trolled by some people who said she does not look pregnant enough.

The actress also revealed that some trolls even accused her of lying about her pregnancy, claiming that she is having a child via surrogacy.

Speaking about the trolling actresses face when pregnant, Kratika said:

“I see a lot of people trolling actresses on social media for gaining weight during pregnancy.

“I feel they are brainless. There is a life growing inside you. Hence, it is stupidity to expect that it won’t affect your body.

“Instead of celebrating the feeling, people waste their time pointing fingers and making fun.”

Talking about her own trolling experience, Kratika said:

“People on the internet have a problem with everything.

“When I was not pregnant, they commented that I ‘look pregnant’.

“However, now that I have conceived, I receive messages that I don’t seem pregnant.

“Some even comment that we are welcoming our baby through surrogacy because I don’t look pregnant enough according to them.”

While Kratika Sengar Dheer has been enjoying her pregnancy, she said she is lucky that she did not experience any mood swings. 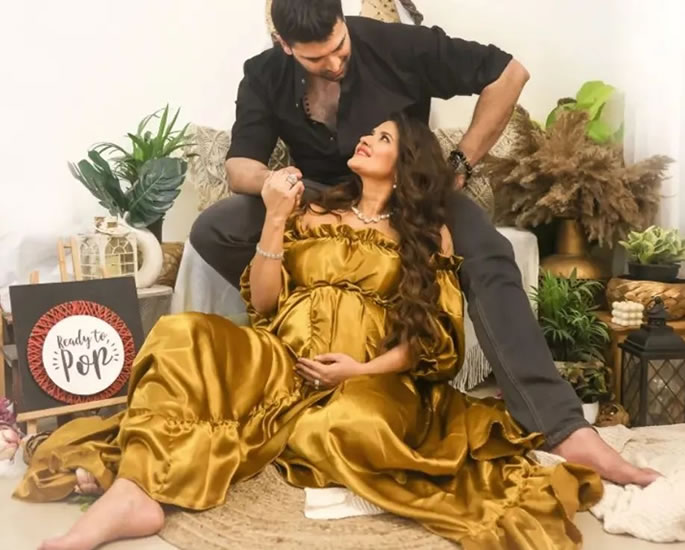 She also thanked her husband for his support.

“Niki has been very supportive.

“Even when he is shooting, he makes sure to call me every two hours and enquire if I ate or need something. I’ve been lucky in this aspect.

“Nikitin and I want a daughter. But, the elders in our families believe that it will be a boy judging by how I look and other characteristics.

“So, yes, we have already decided the names for a boy and a girl.”

Kratika and Nikitin met whilst shooting the 2014 film My Father Godfather. They married in September 2014.

On the work front, Kratika was last seen in the TV show Choti Sarrdaarni.

He was also seen in the Telugu film Khiladi, which was released on February 11, 2022.

Dhiren is a journalism graduate with a passion for gaming, watching films and sports. He also enjoys cooking from time to time. His motto is to “Live life one day at a time.”
Benedict Cumberbatch says Bollywood should enter MCU
Ghum Hai Kisikey Pyaar Meiin fans disappointed over Surrogacy Track