Benedict Cumberbatch has said that Bollywood should now enter the Marvel Cinematic Universe (MCU) with its first Indian superhero.

"There are incredible Indian actors"

Benedict Cumberbatch has suggested that Bollywood should bring its first superhero to the Marvel Cinematic Universe (MCU).

The British actor, who plays Doctor Strange in the Marvel films, said that Bollywood should introduce its first Indian superhero with a dance number.

Benedict reprises his superhero role in Doctor Strange in the Multiverse of Madness.

The film marks his fifth appearance as Dr Strange.

On how he perceives the Hindi film industry, Benedict said:

“I don’t think the two (industries) are exclusive.

“You know you’ve got a very avid movie-going public and that translates whether it’s Bollywood or Hollywood.

“And I think that’s fine. There’s room for both. It’s not an either and or equation at all.”

However, he admitted: “I haven’t seen many Bollywood films. I am ashamed to say no.” 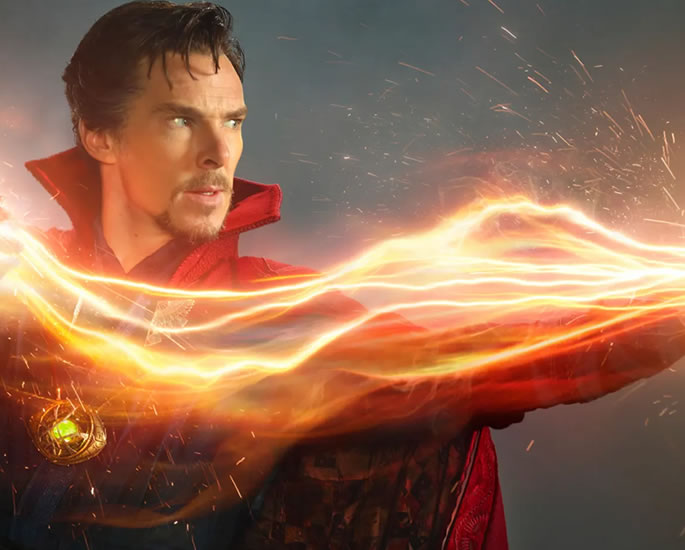 “There are incredible Indian actors, whether they are born in the UK like obviously Sir Ben Kingsley or Dev Patel, who I just had the good fortune to work with.

“I mean it’s obvious you have an incredibly talented and incredibly thriving cinematic culture and have done it for years.

“I have loved the filmmakers that have done work in the English language and you’ve had a massive influence.

“I think Bollywood needs to sort of be part of the MCU.

“Maybe have a massive dance and bring in the first Indian superhero.”

His comments after he revealed which Indian actors he believes could be a part of the MCU. He stated that Shah Rukh Khan and Hrithik Roshan would be ideal.

Shah Rukh played a superhero in Ra.One while Hrithik starred in the superhero franchise Krrish.

The film is directed by Sam Raimi.

It takes place after the events of Spider-Man: No Way Home and it sees Dr Strange dealing with the aftermath of his botched multiverse spell.

However, things are not that easy as a threat emerges that may be too big for his team to handle.

According to reports, Doctor Strange in the Multiverse of Madness has seen over Rs. 30 Crore (£3.1 million) earned in advance bookings for the three-day opening weekend in India.

Dhiren is a journalism graduate with a passion for gaming, watching films and sports. He also enjoys cooking from time to time. His motto is to “Live life one day at a time.”
Samantha Ruth Prabhu’s 1st look from ‘Yashoda’ released
Kratika Sengar Dheer trolled for ‘Not Looking Pregnant Enough’