Kartik Aaryan and Janhvi Kapoor are set to star together for the first time onscreen. The team wrap up schedule two for Dostana 2 during the festive period.

“#MerryChristmas From the team of #Dostana2"

Actors Kartik Aryan, Janhvi Kapoor and their team have completed shooting for the second schedule of their upcoming film Dostana 2 (2020).

During the wrap up of their shoot, Christmas spirit was at an all-time high.

Kartik took to Twitter to announce the completion of the second schedule and to wish everyone a happy Christmas. He posted a collage of four photos.

The largest image includes the actor himself, along with Janhvi and another team member.

They are all seen posing for the camera in red and white ensembles, with matching Santa hats.

The other three pictures also show the festive joy on the film set. He captioned the post saying:

“#MerryChristmas From the team of #Dostana2 Wrap for the 2nd schedule for all of us in 2019.”

#MerryChristmas ??
From the team of #Dostana2
Wrap for the 2nd schedule
for all of us in 2019 ???? pic.twitter.com/QcZ7dcXRpv

Kartik Aaryan also took to Instagram to share a video about finishing schedule two as well as Christmas celebrations with the entire team.

The 2008 release caused a mixed reaction amongst audiences due to the perceived controversial topic of homosexuality. Despite this, Dostana is appreciated for its unique and comical storyline. 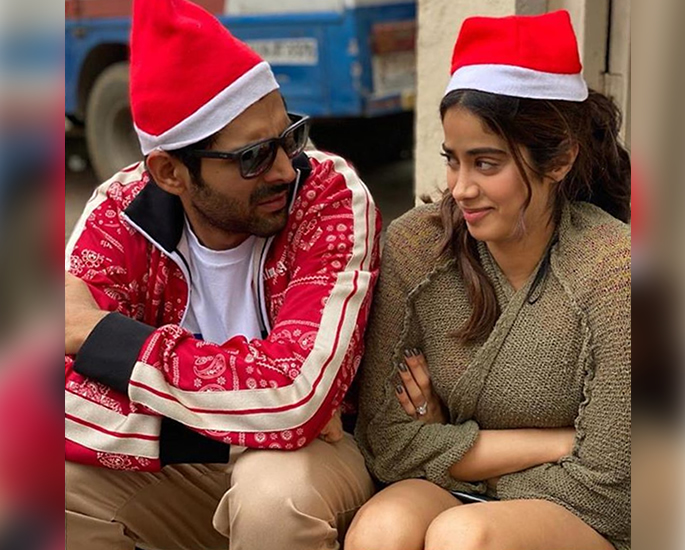 This will be the first time audiences will see Kartik and Janhvi together onscreen.

Actor Lakshya will be making his Bollywood debut with Dostana 2. Once again, Karan Johar will bring a new face to the big screen.

The producer who has previously been accused of nepotism in the industry made it clear Lakshya has no film industry connections. Karan hopped on Twitter to state this fact:

“Yes, I woke up to several inquiries asking about his film industry connections!!! He is NOT from the business and went through a legit audition process!!” 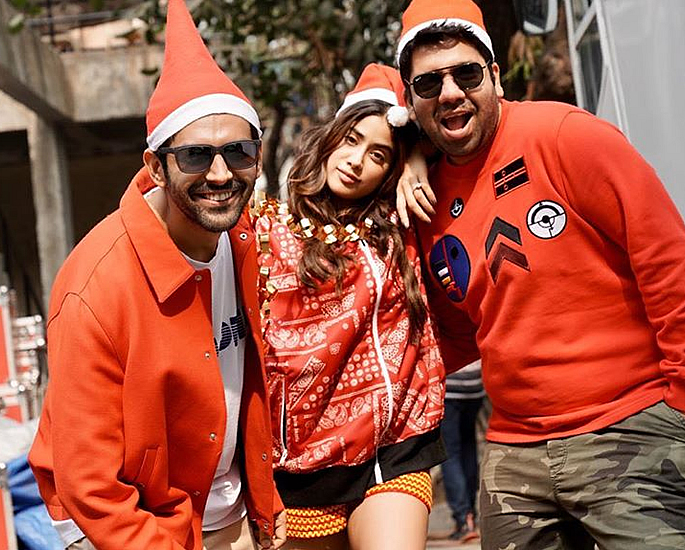 Kartik Aaryan, who has enjoyed success with films like Sonu Ke Titu Ki Sweety (2018), Luka Chuppi (2019) and more, is one of Bollywood’s most sought-after actors.

Janhvi Kapoor, who was appreciated for her performance in her debut film Dhadak (2018), is also busy shooting for two films. Gunjan Saxena (2020) and Roohi Afza (2020) will allow audiences to see Janhvi in a new light.

Dostana 2 is a much-awaited film, which has got audiences exciting. The plotline for the film has been kept quiet, heightening the interest and anticipation.

With the wrap up for schedule 2, we look forward to seeing whether Dostana 2 makes an impact like the prequel.

Ayesha is an English graduate with an aesthetic eye. Her fascination lies in sports, fashion and beauty. Also, she does not shy away from controversial subjects. Her motto is: “no two days are the same, that is what makes life worth living.”
Director explains Why ‘Meray Paas Tum Ho’ is a Big Hit
Does Malaika’s Son Arhaan accept Arjun as a Family Member?