Kareena Kapoor stuns fans with her elegant pictures as she visits London for filming. Marking her return to work, she travelled in proper ‘filmy’ style!

Kareena added a touch of elegance and sophistication to her tourist poses.

Bollywood actress Kareena Kapoor takes a chance to show off her ‘filmy’ style as she travelled to London. After enjoying the new arrival of her son, the starlet has now gone back to work by filming new projects.

Her first project since the birth of little Taimur involved shooting scenes for a tea advert. Located in London, Kareena headed to the capital.

While the actress ensured she worked hard for the Marvel tea commercial, she also had fun exploring the historic city.

Indulging her inner tourist, the Bollywood beauty travelled in full ‘filmy’ style! Driving around the capital in her car, Bebo was ready to drop by some of London’s finest landmarks.

In one snap, she points to her car registration, fittingly labelled “F11LMY”! 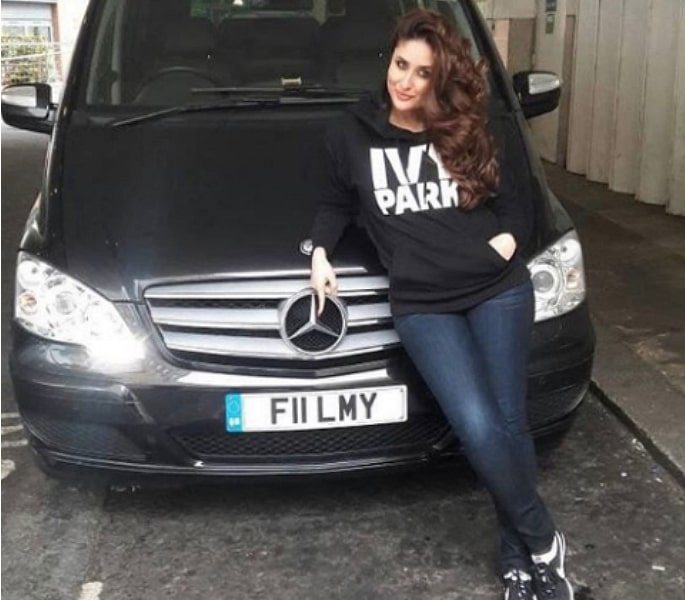 The Bollywood actress looks jaw-droppingly gorgeous in her photos. Wearing a long, flowing lime-coloured dress, Kareena adds a touch of elegance and sophistication to her touristy poses. She completes the look with a cream shawl, which compliments the dress extremely well.

With her long hair cascading in stunning tresses, Kareena manages to brighten up the cloudy and grey British weather.

She also chose great places to visit during her stay. Pictured against the backdrops of Trafalgar Square and Tower Bridge, fans will undoubtedly feel envious of the star’s UK visit. 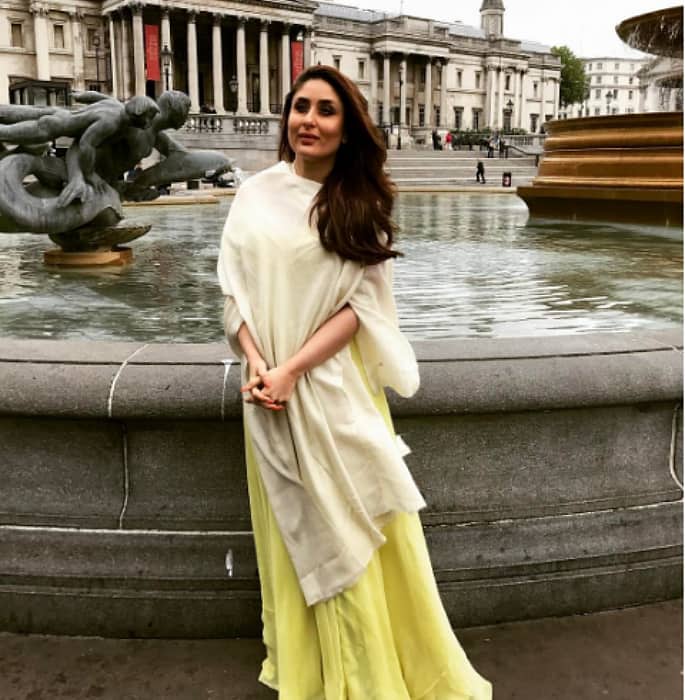 However, even a star such as Kareena Kapoor cannot escape the traditional cold weather of the UK. At one point, she was forced to wrap a coat around her to keep warm. But this didn’t hide away the Bollywood star’s captivating beauty. 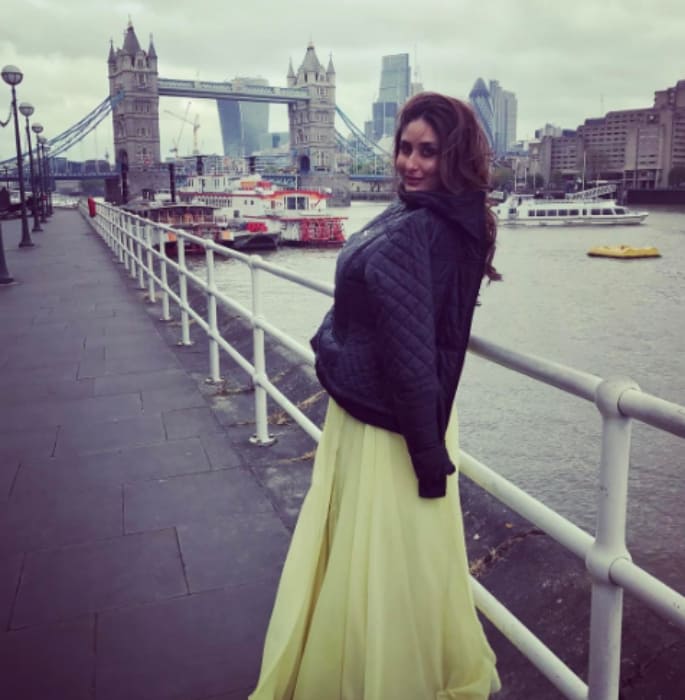 Whilst filming adverts, Kareena will soon start work for her next Bollywood film.

She will reportedly star in Veerey Di Wedding, featuring in one of the lead roles alongside Sonam Kapoor. Shashanka Ghosh will also direct the film.

With her quick return to work, Kareena Kapoor continues to show that she can balance life as both mother and actress. Earlier in April, she called out critics who had judged her throughout her pregnancy and afterwards.

And with these latest pictures released, the Bollywood star reveals she is back in full force for acting.