7 Filmy Looks of Salman Khan that You Must See

Salman Khan thrills audiences with his iconic looks throughout his film career. Let’s take a look at some of the best, which have inspired Bollywood and its fans.

Salman Khan hails as one of Bollywood’s finest actors in modern times. With a career spanning almost 30 years, everyone has seen at least one of his many films.

Can you believe he made his first acting debut in 1988? The fresh-faced Salman appeared as Vicky Bhandari in Biwi Ho To Aisi. However, 1989 witnessed his first major leading role in Maine Pyar Kiya.

Since then, his career has gone from strength to strength. While he’s famous for his extraordinary skill in acting, Salman also blessed us with iconic filmy looks!

Let’s take a walk down memory lane and remember some of his famous looks. How they inspired not just his fans, but also the future of Bollywood. 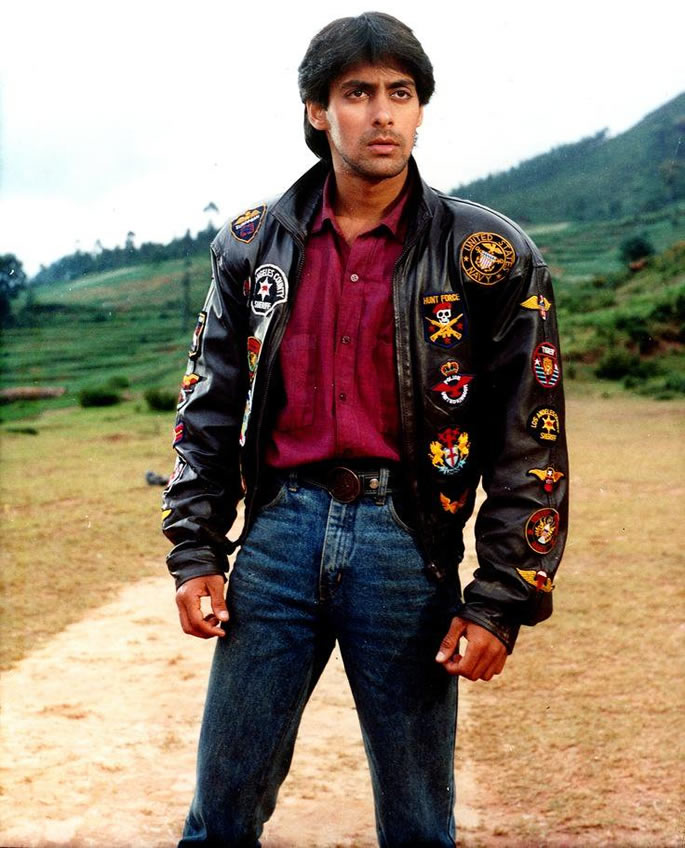 A fresh-faced Salman Khan appeared alongside Bhagyashree, playing a wealthy man who falls in love with a working-class woman.

The film, which marks Salman’s debut as a leading Bollywood hero, began the trend of the ideal young man.

Who can forget Prem? A name that Salman would later become synonymous with. The cheeky character was all charm, kindness and good looks. He was willing to stand up to anyone, including his friends and parents for the love of his life.

Fans swooned at his seemingly faultless character. And who can forget his leather jacket and high-rise jeans look? It’s no wonder Salman went on to become one of Bollywood’s biggest superstars. 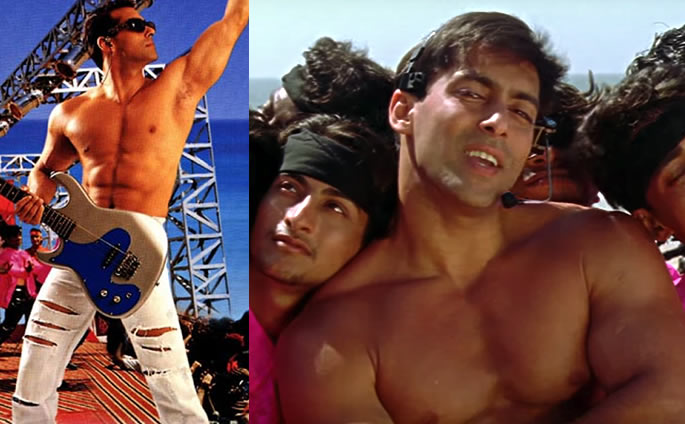 A shirtless Salman Khan holding a guitar while singing to a large crowd is a filmy look that has been immortalised in Bollywood history.

While the movie itself was not the best of Salman’s during the 90s, fans went crazy over his incredibly athletic avatar.

The song in question was none other than ‘Oh Oh Jaane Jaana’ and everyone wished they were also dancing on the beach after watching this iconic number. 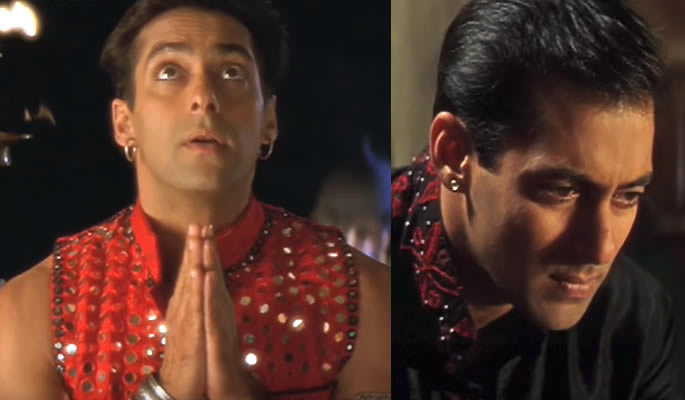 Salman and Aishwarya Rai made a breathtaking couple in the 90’s, both on-screen and off.

This unforgettable classic by Sanjay Leela Bhansali saw Salman play Sameer, a role that seemed to be tailor-made for him.

Fans adored how he wooed and won over Aishwarya’s heart in the film.

Alongside some snazzy coloured shirts, Salman was irresistibly cool with his one earring and carefree attitude.

Plus, who can forget his sequinned red waistcoat in ‘Dholi Taro Dholi Bhaaje’ that showed off his incredibly muscular arms? 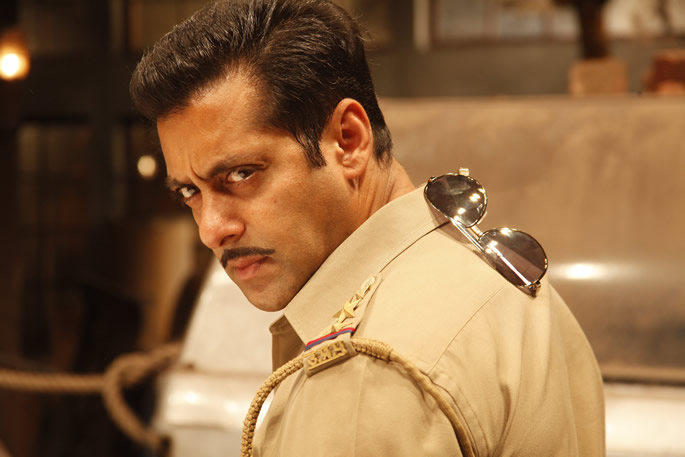 Salman’s exciting role as policeman Chulbul Pandey in Dabangg hails as one of his iconic looks in his career. This crime thriller saw him excel with an exciting genre: action.

Fans will instantly recall him wearing the typical, brown Indian police uniform. However, Salman injected attitude and edge by donning a pair of black sunglasses. It even sparked a trend of Bollywood actors wearing sunglasses on the back of their collars.

With a pistol in hand, one could see Salman meant serious business! While fans swooned over his buff physique, they also became captivated by Dabangg‘s numerous dance sequences and iconic dialogue.

We will soon see the actor don his famous uniform for Dabangg 3, featuring Sunny Leone as its item girl. 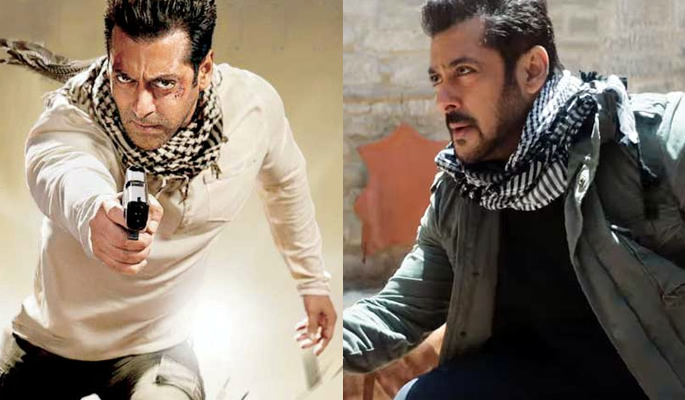 Salman delves back into action in Ek Tha Tiger, starring as Indian spy Tiger. Engaging in a blossoming romance with Zoya (played by Katrina Kaif), fans loved their sizzling chemistry.

His signature look may feel modest to some; a white top and dark trousers, with a checkered scarf. However, Salman stole the spotlight with his dramatic action sequences.

Ek Tha Tiger impressed many, so much so that it became the third highest-grossing Bollywood film of all time in 2012.

Now, fans can rewatch Salman in this iconic role as he returns in Tiger Zinda Hai. No doubt they are excited to see him in this fantastic avatar. 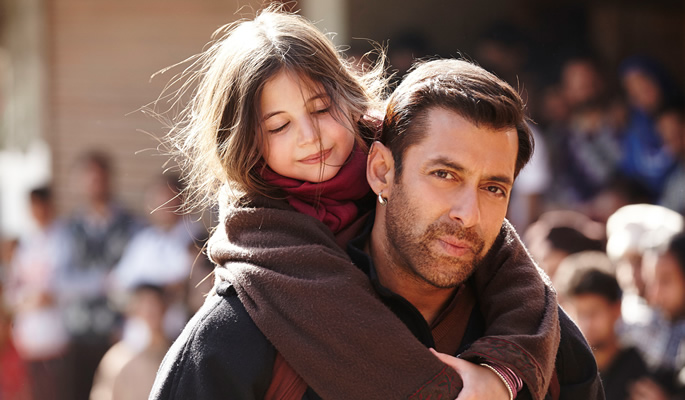 The Bollywood legend delighted audiences with the feel-good film Bajrangi Bhaijaan. Starring as the titular character, Salman showed a softer side in this heartwarming role.

With Kareena Kapoor Khan as the actor’s heroine, the film depicts Bajrangi help a six-year-old Pakistani girl travel back to her hometown.

His look became famous once first unveiled. With small, hooped earrings and a simple, silver locket tied around his neck, fans felt intrigued with his persona. Especially with his smouldering, piercing eyes.

Combined with his stellar performance, the social movie received plenty of praise and reward. Salman even won ‘Best Actor’ at the Zee Cine Awards 2016. 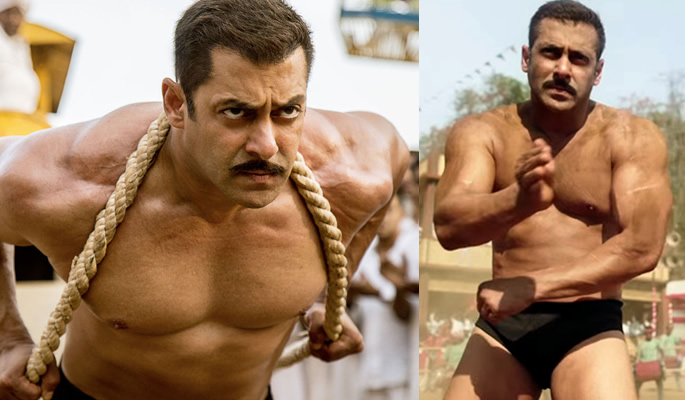 Salman once again showed off his muscular physique as fictional wrestling champion Sultan. With his hair neatly cropped, the actor also donned a stylish moustache.

Prior to the role, Salman underwent training and intense workouts. Fans got the chance to see the result of this training as he wrestled against others in the flick.

Anushka Sharma starred alongside him, telling the story of how Sultan’s rising career conflicts heavily with his personal life.

An emotional, outstanding film; it cemented Salman’s status as one of the greatest Hindi stars in the 2010s!

Through these 7 iconic, filmy looks, one can see the amazing journey Salman has taken in Bollywood. From setting the trend of the young hero to creating edgy avatars, he truly hails as a versatile, talented actor.

It seems then, his career will continue to keep reaching above and beyond. As recent hits such as Sultan and Tiger Zinda Hai, he has earned his spot as one of ‘The 3 Khans’.

We can’t wait to see what the future will bring to the fantastic Salman!

But which filmy look is your favourite? Make sure you vote in our poll below.

Nazhat is an ambitious 'Desi' woman with interests in news and lifestyle. As a writer with a determined journalistic flair, she firmly believes in the motto "an investment in knowledge pays the best interest," by Benjamin Franklin.
Virat & Anushka welcome Bollywood to Glitzy Wedding Reception
Tiger Zinda Hai is a roaring Success for Salman Khan