As the new Jaguar XE looks to muscle in on the sports saloon market, how does it fare with the already established and upgraded 2015 Mercedes-Benz C-class?

"XE is our most advanced, efficient and refined sports saloon ever."

Has Jaguar finally produced a worthy contender to rival Mercedes in the sports saloon class?

The 2015 Jaguar XE certainly throws some hefty punches on paper towards the refined 2015 Mercedes-Benz C-class, which has itself undergone a radical transformation.

Jaguar enters tough competition with a revolutionary car, into a saturated market full of evolutionary kingpins like BMW and Audi.

The XE is clearly made to appeal to the fleet and company car market through its tax and other cost saving efficiencies.

Jaguar’s acid test will be to see whether they can get corporate companies to switch contracts from these established rivals to the XE.

DESIblitz explores how well newcomer Jaguar XE compares to the revamped heavyweight that is the Mercedes C-class. 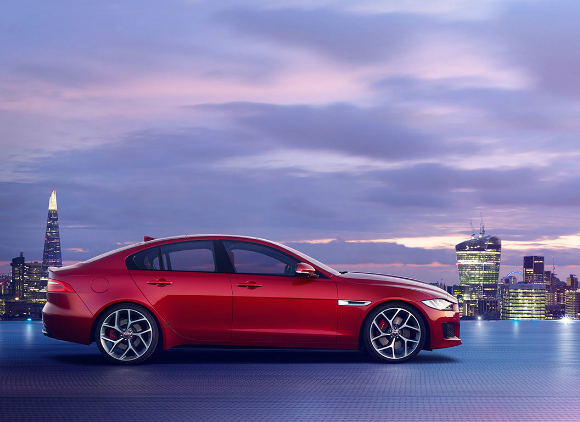 As far as appearances go, this is really down to personal preference, with both models as equally spectacular to look at.

A large Radiator grille dropping sharply as seen from a side profile, gives the XE an aggressive appearance like the BMW 3 series, whilst the rest of the car contrasts with rounded contours. 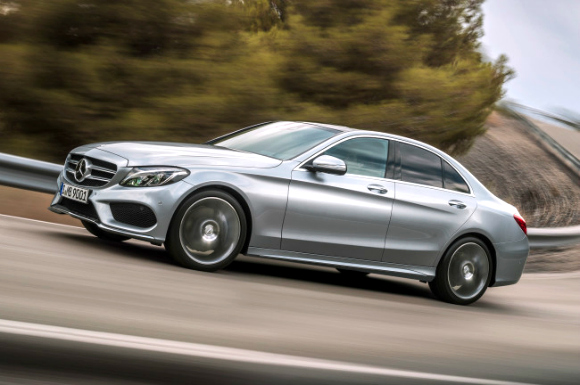 The Mercedes C-class has striking edges all over, which might not be everyone’s cup of tea.

Longer and wider than before, it is a virtual mini S-class, which also gives it a strong presence on the road, even with smaller 16-inch alloys.

The boot size is larger on the C-class compared to the XE, which will no doubt please budding executive golfers. 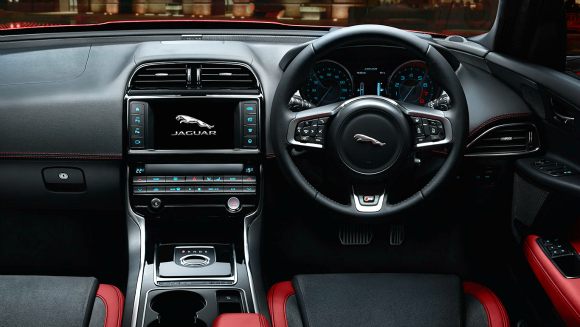 The XE’s cabin is a class leader for safety with air bags galore, and has plenty of space up front with fully adjustable electric seats.

The thicker aluminium body of the XE takes it toll on the inside of the car.

Even though it is more comfortable than the C-class (which is truly remarkable to discover), taller passengers however will feel cramped at the back.

With little head-room, they will struggle to get in and out, as well as sit upright without feeling some discomfort. 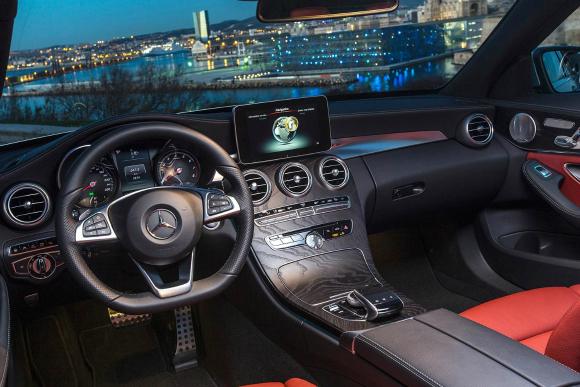 Jaguar has also placed its handbrake button in the more practical centre console as opposed to near the right knee in the C-class, questioning some ergonomic planning by the German carmaker.

The C-class comes with adjustable lumbar support as standard which is great for posture on longer journeys, something Jaguar disappointingly only provide as an add-on.

Overall, the Mercedes has the better cabin in size and a generally more premium feel, due to using materials like brushed metal and ARTICO leather upholsteries. 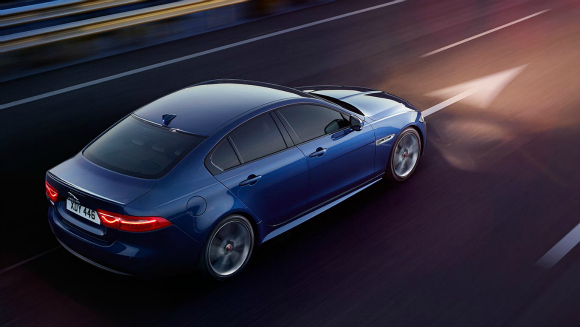 The XE comes in a range of five models from the entrant Jaguar XE SE to the sporty XE S, giving various blends of performance and efficiencies in between.

Jaguar states: “XE is a dynamic, exciting newcomer, and our most advanced, efficient and refined sports saloon ever.

“With five different models, you can find your own blend of performance and luxury.”

The C-class range boasts six models of various petrol and diesel engines, from the SE to the all-powerful Mercedes AMG C 63 S.

All XE models handle beautifully and take corners with relative fun and ease thanks to Jaguar’s 8 speed automatic transmission gearbox, compared to the 6 speed C-class gearbox.

The C-class comes with Anti-skid Control and Attention Assist to warn you if you begin to doze off.

Wind noise from outside is also better catered for by the C-class, with the Jaguar giving a firmer overall ride.

Jaguar however has to come up trumps in the efficiency department to make its mark on rivals, and therefore nudges past the C-class in many aspects. 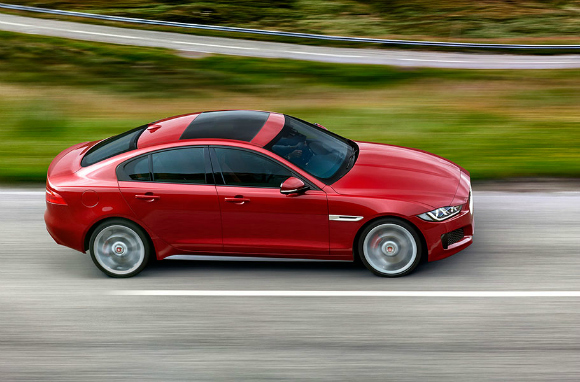 The cheapest XE, the XE SE, starts at £26,990 and emits Co2 emissions of 99g/km to give that all-important free road tax.

Combined fuel economy of 75mpg in a manual XE SE will surely give company car owners something to think about when their BMW and Mercedes leases expire. 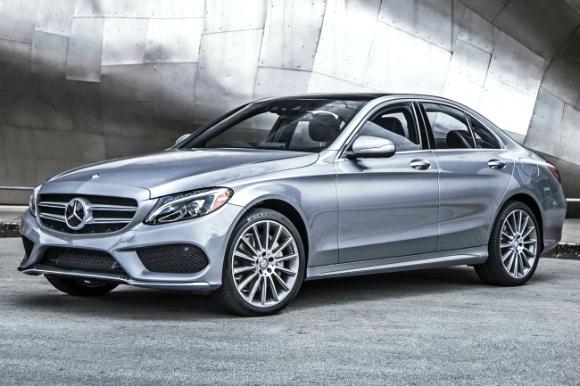 That said, more of the C-class models are overall cheaper to run compared to the Jaguar XE models, when combining all yearly costings.

In conclusion, there isn’t much between these two spectacular cars. One or two features which cater to personal preference may just become deciding factors in picking an outright winner.

It will come down to customers who are willing to give the Jaguar XE a try, perhaps on a short lease. 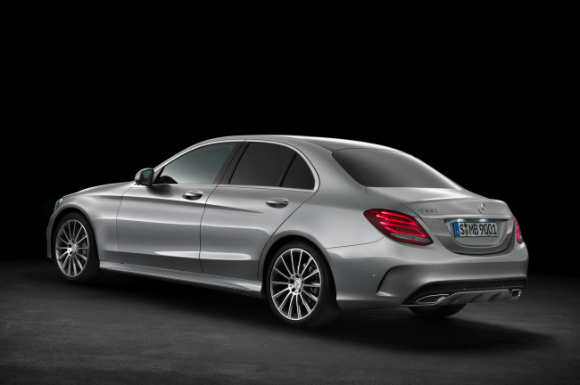 Loyal die-hard Mercedes fanatics who are happy with the upgrades that come with the 2015 model will probably see no reason to switch.

The mere fact that Jaguar has gotten so close to Mercedes in such a short space of time, shows they have the engineering capabilities and long term vision to finally become true contenders in perhaps the most popular and competitive car classes.

Bipin enjoys cinema, documentaries and current affairs. He writes silly rhyming poetry when free, loving the dynamics of being the only male in the household with his wife and two young daughters: “Start with the dream, not the barriers to fulfilling it.”
TalkTalk Website Hack risks Customer Data
Halo 5: Guardians is Bigger and Better