The all new Audi A4 Saloon 2016 is lighter, more spacious and full of more technology than ever before. We have all you need to know about its key features.

The Audi A4 Saloon is the fifth generation of its kind, and a power house among the compact executive saloon class.

That alone speaks volumes, given the competition on offer from the likes of the new BMW 3 Series, Mercedes-Benz C-Class and Jaguar XE.

With impressive exterior tweaks, a major internal revamp and ‘Vorsprung durch Technik’ in abundance throughout, the new A4 Saloon is nothing short of an all-round premium showcase.

Audi is Volkswagen Group’s luxury brand, and they rarely disappoint in their focus on ensuring customer satisfaction.

Oozing plenty of mouth-watering specifications and features for this ever popular British Asian brand, DESIblitz takes a closer look. 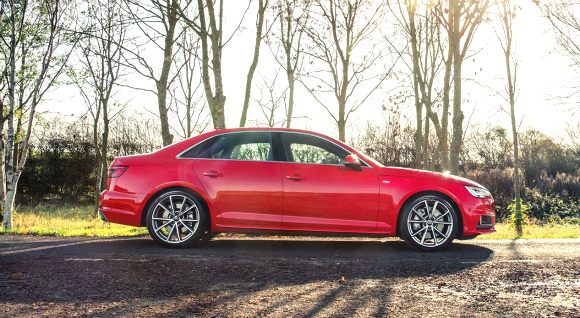 Audi are boasting the new A4 Saloon to be a class leader in a number of departments.

Firstly, having shaved off 120kg from the previous A4, this new variant is the lightest car in its class, even though it is longer and wider.

Professor Ulrich Hackenberg, a member of the Board of Management for Technical Development, says:

“There’s no doubt that weight reduction is key to effectively cutting down CO2 emissions, but the excellent aerodynamics also contribute significantly to reducing fuel consumption.” 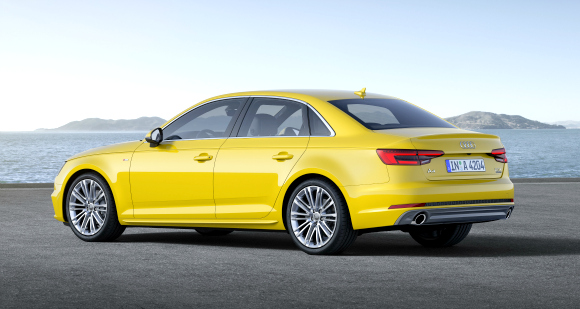 Overall looks are pretty similar to its predecessor, with minor nip/tuck changes only Audi geeks will manage to spot.

One exterior feature Audi are shouting through the rooftops about are their ‘striking’ Matrix Xenon LED headlights which use dynamic, smart adaptive technology to dip accordingly to its environment. 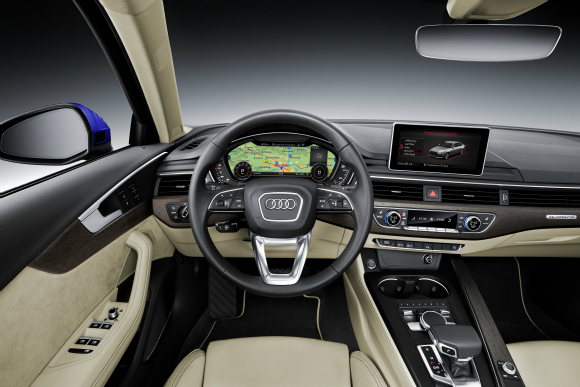 The interior of the new Audi A4 Saloon is the pièce de résistance of the vehicle.

The German automaker also boasts a class-leading cabin in spaciousness and luxury.

Built on VW’s new ‘modular platform’, which is also where a number of large SUVs such as the Audi Q7 and the upcoming Bentley Bentayga are produced, the A4 has more room for passengers, especially at the rear.

Lower positioned seats give more headroom to taller back seat passengers. Along with a couple more inches of legroom and a wider base, the overall effect makes for a big difference.

Premium quality can be seen and felt throughout the eerily quiet cabin, which makes for a truly relaxing driving experience for both long and short journeys.

A strikingly stylish dashboard and centre console only prove to enhance the executive feel, coupled with a strong build of tough high quality materials and leather seats. 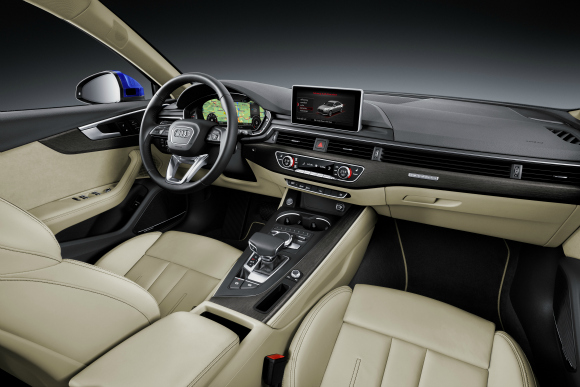 The Bang & Olufsen 3D sound system ‘is delivered through a network of 19 speakers and a 16 channel amplifier with an output of 755 watts. This is in-car audio like you’ve never experienced before’.

Opt for the Audi Virtual Cockpit and you’ll have a fully digital dash and speedometer.

Other ‘infotainment’ offerings include voice controls, Spotify and Whatsapp compatibility with ‘Apple CarPlay’ and ‘Android Auto’ both easy to connect with. 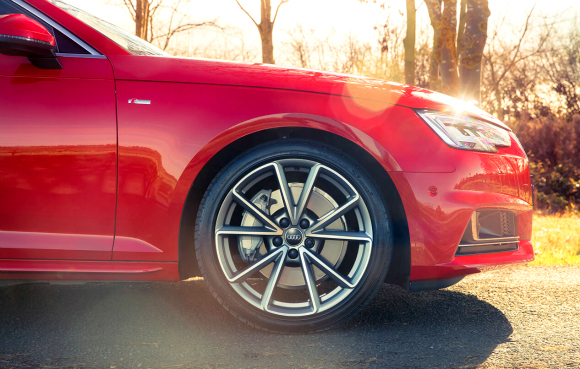 There are seven variants to choose from – including petrol, diesel, manual, automatic, front wheel drive, S Line and quattro four wheel drive specifications, with a mix of performance and efficiencies.

There are also engines in the range which claim to produce emissions less than 100g/km which, if true, will attract the fleet market and undoubtedly boost sales.

Prices begin at around £26,000 but will quickly rack up more bucks with enticing optional extras, like adaptive settings that would allow engine and suspension customisation to give ‘Sport’ and ‘Comfort’ modes.

Take a look at the Audi A4 in action right here:

The Audi A4 2016 clearly does pretty much everything brilliantly, which is why it is difficult to pinpoint a worthier contender in its class.

Whilst Jaguar, Mercedes-Benz and BMW may sneak a few points over the Audi A4 here and there, for an overall package, the Audi A4 Saloon 2016 is currently a clear favourite.

Bipin enjoys cinema, documentaries and current affairs. He writes silly rhyming poetry when free, loving the dynamics of being the only male in the household with his wife and two young daughters: “Start with the dream, not the barriers to fulfilling it.”
Uncharted 4 Multiplayer Beta gets Early Release
Winners of the Video Game Awards 2015