The Audi TT RS and Audi RS3 have been released, but which one is better? DESIblitz takes a closer look at each car, exploring their similarities and differences.

"I like the TTRS, it has a sporty feel/look to it, and it’s subtle, not in your face."

Audi aims to challenge its rivals with the introduction of two, new supercars. These are the Audi TT RS and the Audi RS 3.

With impressive specs and powerful capabilities, the manufacturer hopes to make an impact worldwide, particularly with American consumers.

Known for developing some of the best engines in motoring, Audi‘s latest releases are no exceptions.

Whilst the TT RS is all about speed, it does not make the RS3 less competent. Instead, it hails as a cost-effective choice and is more or less even on the speed side, unless driven on a race track, they are both similar.

Let’s then take a closer look at these two vehicles and see which one could reign superiority amongst car fans. The RS 3 or the TT RS? 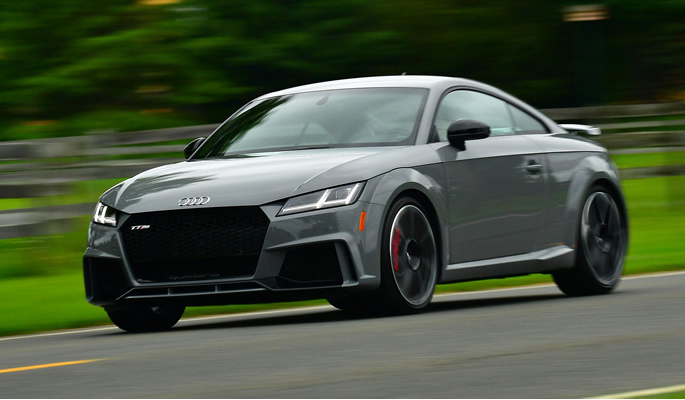 Starting with the Audi TT RS, the 2.5-litre turbo-charged model contains a staggering 400hp, with 354lb-ft of torque.

The engine on this power car is incredibly loud, and this isn’t even a bad thing. The crackling growl is pleasing to hear as you enable the launch control option.

When the TT RS is launched, by a simple press on brake and pedals, the car grumbles and lets out raspy whispers in full ignition. It can take you from 0-60mph in just 3.6 seconds. Its top speed is 158mph unless you decide to get the Dynamic package.

However, if all you’re looking for is a calm drive, then there is also the option of a quiet mode. But this won’t produce the amazing crackling sounds.

Perhaps what’s gripped everyone’s attention on this beast of a car is the grip and stability control on even corners. Both the RS3 Sudan and TT RS have an incredible balance even through corners. To get this car to oversteer requires a lot of reckless driving.

This 5-cylinder turbo engine is 57 pounds lighter than previous models. The 12-way power seats also have diamond stitching on the Nappa leather interior. 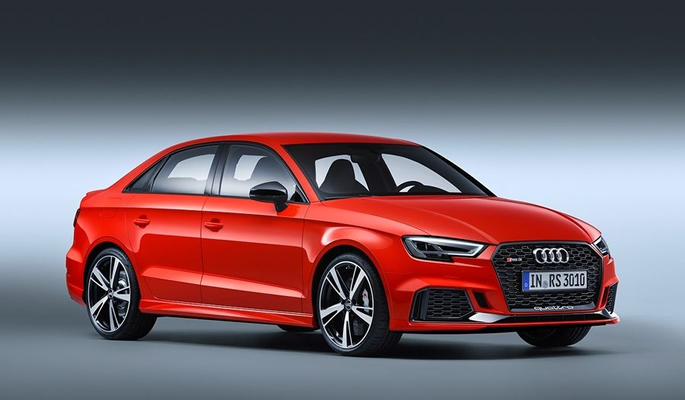 The 2018 Audi RS3 may be considered the little brother of the TT RS. Still carrying a 2.5-litre turbocharged engine, its horsepower is 400. The vehicle also has a similar torque of 354.

Going from 0-60mph in 3.9 seconds, its top speed reaches 155mph, with an optimal increase of 174mph. This means that there isn’t much difference to the cars unless driven on a race track, the only real difference is cost.

A review by Car and Driver added that the RS3 needs to be a little noisier to their liking.

Nevertheless, it’s is still a beauty to admire. With power sent to the wheels via a 7-speed dual clutch gearbox and staggered tire sizes all to stabilise the balance.

When comparing these two vehicles, it’s clear to see both carry strengths and weaknesses. While the TT RS packs a punch with its roaring engine, RS3 excels in comfort and stability and is just cheaper, but in terms of speed, nothing but a second is lost.

It seems then they will both attract customers.

“I like the TT RS, it has a sporty feel/look to it, and it’s subtle, not in your face. I love the back and the spoiler. The RS3 I don’t like, I just think it looks really ugly.”

Both highlight the outstanding expertise and skill of Audi. They feel and look similar.

However, for those on a budget, the RS3 may sound reasonable with its cheaper price tag. But if you’re looking for a car with the attributes of a sound machine, then the Audi TT RS may be your winner.