An extraordinary sporting event took place in the state of Haryana when a woman wrestler fought against a male competitor.

Huge crowds gathered as they fought.

A wrestling event in Haryana attracted a lot of attention when a woman wrestler competed against a man.

The contest took place in the village of Ram Saran Majra, Kurukshetra. It was a two-day competition and wrestlers from all over the state turned up to compete against one another.

While numerous wrestling matches took place, there was one which stood out.

On the final day, Karnal resident Paramjeet Sokra turned up to compete. However, she had no one to wrestle against.

While there were female wrestlers at the event, none of them were in Paramjeet’s weight class.

Paramjeet then told the organisers of her desire to wrestle against a man. This led to huge excitement being generated in the area. 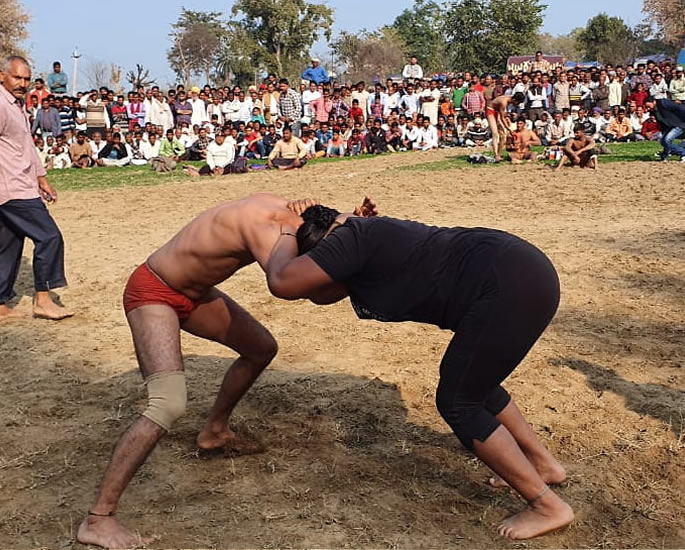 The woman wrestler was then given an opponent and the two wrestled.

Huge crowds gathered as they fought. It was a tough battle as both were getting takedowns on one another and there were exciting scrambles.

In one instance, Paramjeet managed to lift over her opponent and take him to the ground, scoring the takedown.

Another moment saw the unnamed male wrestler lift Paramjeet over his head, taking her down to the ground. 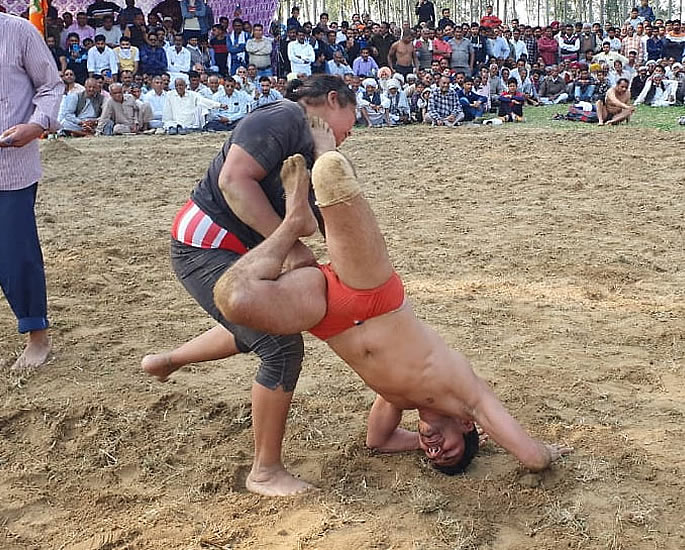 Crowds cheered while some placed bets on who they thought was going to win.

The referee kept a close eye on the wrestling match between the two evenly-matched competitors.

After the match was finished, the crowd cheered for Paramjeet for her amazing showing.

In the end, the exciting but hard-fought match was a draw. But Paramjeet was considered a winner in the crowd’s eyes as they praised her for her willingness to compete against anyone. 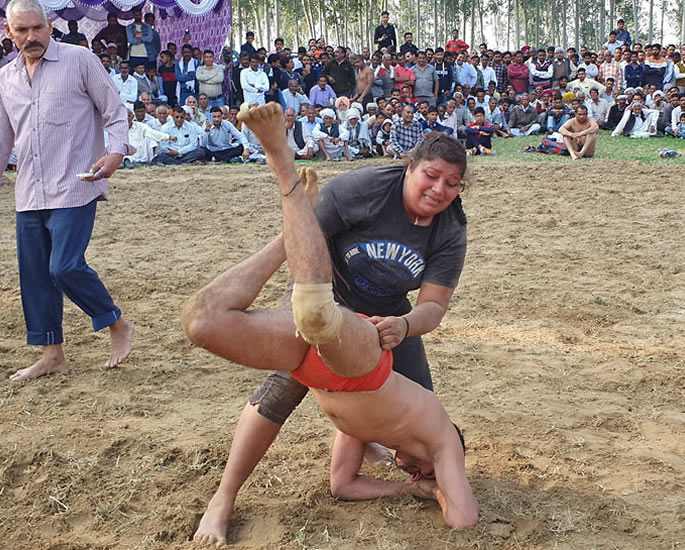 The wrestling event was a moment of history as a woman competed against a man.

She signed for Rangers FC and also became their first South Asian star.

The 29-year-old joined the Scottish club on an 18-month-deal and will wear the number 10 shirt. This came after she completed a successful trial at the club in November 2020.

Bala explained that the move came at the right time in her footballing career. She said:

“In Scotland, I was very confident because I’ve been playing for the national team for 14 years, so I felt that I can make it if I tried my best.

“We played a friendly there and I scored twice, and I’m sure I will score in the league as well.”

Dhiren is a journalism graduate with a passion for gaming, watching films and sports. He also enjoys cooking from time to time. His motto is to “Live life one day at a time.”
Why do Pakistani Girls love Cricket?
Which Bollywood Stars are the Biggest Football Fans?