In a shocking incident, a teenager, aged 16, from Uttar Pradesh allegedly raped a 15-year-old girl. The victim later gave birth.

He had allegedly been sexually exploiting her

A 16-year-old teenager has been booked for the alleged rape of a 15-year-old girl who gave birth to a baby boy on Friday, January 29, 2021, in Unnao, Uttar Pradesh.

The complainant is the girl’s grandfather. He claimed that the boy raped his granddaughter when she was home alone.

He said he did not file an FIR as he feared social stigma.

A police officer said: “The family claimed that due to fear of social stigma, they did not file a complaint.

“Now, when the girl has given birth to a child, they decided to lodge a case against the boy,”

According to the police, the teenager is a school dropout. He lives in a neighbourhood near the girl’s house.

He had allegedly been sexually exploiting her for over a year, getting her pregnant in April 2020.

The officer added: “The boy was detained on Friday and produced before Juvenile Justice Board which sent him to a juvenile home.

“As per the boy’s Aadhaar card and educational certificate, he is around 16-years-old.

“We will seek his family’s permission for DNA profiling.”

The teenager has now been booked for rape and criminal intimidation under the Indian Penal Code.

He was also booked under Prevention of Children from Sexual Offences Act.

In 2018, the girl and her two siblings were sent to their grandfather’s house after their mother passed away. Her father was said to be an alcoholic.

A similar incident occurred in January 2021.

A 13-year-old girl who was visiting her mother in Umaria, Madhya Pradesh, was abducted and raped by two youths.

Others joined in the attack, including a Dhaba owner and truck drivers.

The authorities later arrested the perpetrators.

They also inserted an iron rod in her private parts, leaving the woman seriously injured. Police arrested the four men. 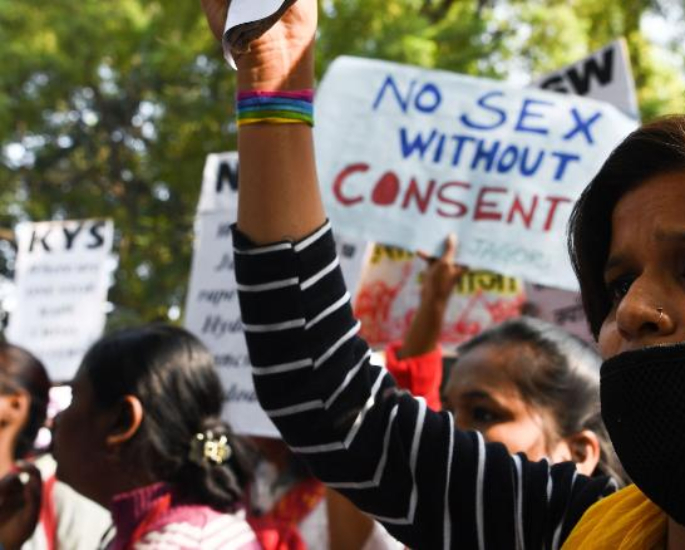 Madhya Pradesh bears the stigma of being the most unsafe state in India.

A report from the National Crime Record Bureau (NCRB) released in January 2020 showed that Madhya Pradesh recorded the highest number of rape cases in India.

Around 16% of all reported rape cases happened in Madhya Pradesh.

In 2019, NCRB reported 32,033 rape cases, approximately 88 rape cases per day. This number refers to only 10% of all crimes against women in India.

The number could be higher, as most cases go unreported.