In a horrific incident, a four-year-old Pakistani boy was allegedly raped by two members of staff at the private school he attended in Karachi.

"The school is trying to hide this incident and keep it hush."

After a four-year-old Pakistani boy was allegedly raped at a private school he attended, a security guard and cleaner from the school were arrested.

The notice came after reports of the sexual assault emerged on social media. It alleged that a four-year-old pupil was raped by two of the school’s employees.

The school’s authorities were requested to submit a detailed report of the incident within 24 hours of the notice being issued.

An FIR was registered on behalf of the boy’s parents. The boy’s grandfather stated that his grandson complained of pain in his lower stomach after returning from school.

His mother discovered traces of faeces on his uniform. When she questioned him, the boy explained what happened.

On November 6, 2019, the family went to the school to find out more about the incident. The Pakistani boy identified the suspects as Niaz and Zulfiqar. He also identified the room where he was allegedly raped.

The boy underwent a medical examination where an initial report indicated that there were no apparent signs of violence, except for erythema (redness) around the anus.

It went on to say that conclusive results will only be confirmed after a DNA report has been issued. 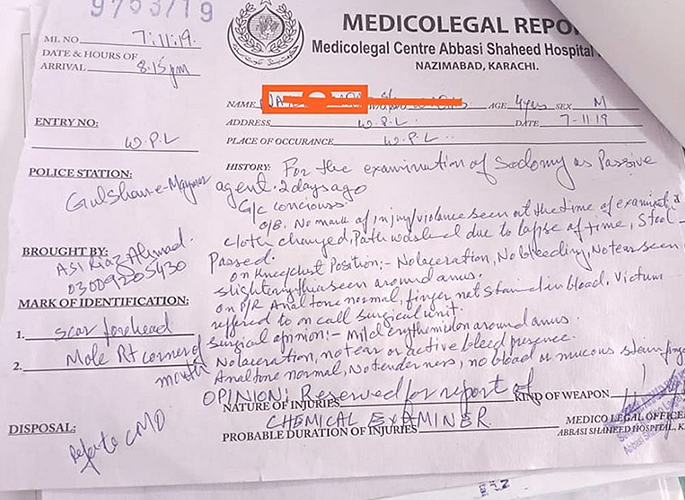 However, the school denied that the boy was raped by the employees, saying that the medicolegal report “has come out negative which doesn’t prove the rape.”

The academy’s response caused outrage on social media, with some stating that they are protecting their employees despite being identified as the accused.

One user posted a series of Tweets, calling out the school for trying to protect the suspects.

She wrote: “The school is trying to hide this incident and keep it hush.

“There is no accountability, let alone retribution. It happened on THEIR grounds when THEY were supposed to protect students.

“But they’re busy in calling out the media for twisting the story.”

“School is not supportive at all in this child rape case and if you think you can cover this incident so easily you are mistaken.

“Many parents didn’t know about this incident yet.”

“People need to raise their voices against this incident and the school.”

A spokesperson for the school explained that it is cooperating with the ongoing investigation but questioned why the victim’s family did not visit the doctor first.

Beacon Light Academy clarified its police cooperation on its Facebook page, stating that the boy’s grandfather publicly thanked the school’s management for their support.

But they also said that the evidence against the workers was not developing.

The school wrote: “However, as the case is evolving, there seems to be declining evidence against the accused persons (who are from a low socio-economic background and have little resources to engage in a legal battle).

“The initial medical examination report shows that there has been no attempted sexual assault.

“However, the DNA reports are yet to come, so no conclusions can be drawn as of yet.”

Dhiren is a journalism graduate with a passion for gaming, watching films and sports. He also enjoys cooking from time to time. His motto is to “Live life one day at a time.”
Indian Boyfriend kills Married Girlfriend in Hotel Room
Pakistani Model Samara Chaudhry’s Private Videos Leaked