Imran Khan is in the headlines after a leaked phone call purportedly featuring him having an explicit conversation with an unknown woman.

A leaked phone call allegedly between Imran Khan and an unknown woman has circulated online.

It is claimed that the former Pakistani Prime Minister was having a sexually explicit phone call with a woman.

In the call, the woman is heard speaking to a man, allegedly Imran Khan.

She tells him that she cannot meet him because her “boobs are sore” but she could possibly meet him the next day if she is feeling better.

The man says he “will see if it’s possible as my family and children are coming. I will try to get their visit can be delayed. I will let you know tomorrow”.

According to reports, the audio is from Pakistan’s PMO office.

The audio clip went viral and social media users gave their opinion on the controversial matter.

One person wrote: “Can you identify the person speaking in this audio?

“I think he is former Prime Minister of Pakistan Imran Khan. Talking to a woman in such a dirty way makes Pakistan more sick.”

“He was raising funds for flood victims on OnlyFans.”

Others felt the infidelity claims made by Khan’s ex-wife Reham Khan in her book were true.

One said: “The audio leak proved the truth of Reham Khan’s words written in her book.”

“The book was accurate. The book claims Imran Khan had a sexual relationship with Uzma Kardar, Andleeb Abbas and Rimal Ali.”

On the other hand, some believed that the audio was fake and that someone had used artificial intelligence to copy Imran Khan’s voice in a bid to ruin his reputation.

One user said: “I cannot stand Imran Khan but that audio leak is as fake as it can get.”

Meanwhile, Khan’s PTI party has said that the audio leak is fake.

Although he did not blame anyone for the audio leak, he implied that a PML-N leader sitting abroad was responsible.

Another PTI leader, Azhar Mashwani, also condemned the character assassination of Imran Khan and lashed out at the federal government for using fake videos and audio against its opponents. 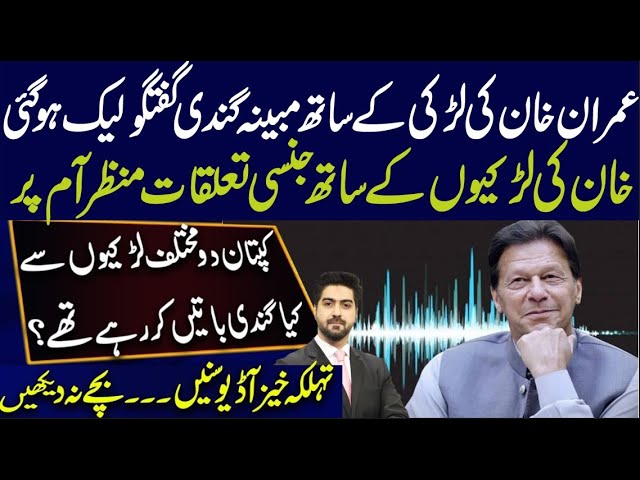 Dhiren is a journalism graduate with a passion for gaming, watching films and sports. He also enjoys cooking from time to time. His motto is to “Live life one day at a time.”
How are Recent Strikes affecting University Students?
How a Former Domino’s Worker became a Millionaire at 19