A woman from Chandigarh has died after she was allegedly subjected to police brutality during the nationwide curfew that was implemented to fight COVID-19.

she was beaten by police for violating curfew guidelines.

A woman collapsed and later died in the middle of a street. It was claimed that she was a victim of police brutality during the curfew.

The incident happened in the town of Manimajra, Chandigarh.

It was reported that family members and locals heard about the death and led a revolt against the police.

A curfew was implemented to reduce the spread of Coronavirus. The police are enforcing the curfew, however, there have been reports of them using violent methods.

Constable Reena Kumari explained that she and her colleague Sunita had been out on patrol when they received reports that a woman had collapsed in a nearby street.

The two officers found the woman unconscious and waited while a resident called an ambulance.

The woman was taken to Government Multi-Specialty Hospital (GMSH), however, she was declared brought dead.

Meanwhile, the woman’s family and neighbours were told that she was beaten by police for violating curfew guidelines.

This prompted them to arm themselves with sticks and rods. They attacked police personnel, which forced them to retaliate.

Videos circulated online which showed some people throwing stones at officers while the police used lathis on the residents.

Another video showed some people blocking the path of the ambulance that was called and pelting it with rocks, forcing the driver to leave the area.

Four police officers and six locals suffered injuries in the clash. One victim was a 17-year-old.

The family members claimed that police officers had hit the woman over the head with a stick, causing her death.

However, DSP Dilsher Singh stated that the woman had taken some medicine and later fell unconscious. He said that the officers being in the area was purely coincidental.

He went on to allege that the deceased’s husband had a written statement which said that the police were not responsible for the death.

Those who were injured in the violent clash were taken to a hospital in Manimajra. An ambulance was also damaged.

A case has been registered against 100 people but the police have said that they cannot be arrested at the present moment.

The case has been registered under multiple sections of the Indian Penal Code.

The cause of the woman’s death still remains unclear. Police are awaiting the results of a post-mortem to determine whether her death was a tragic accident or if she was subjected to police brutality.

Meanwhile, the investigation is ongoing.

Watch a video of Residents clashing with the Police 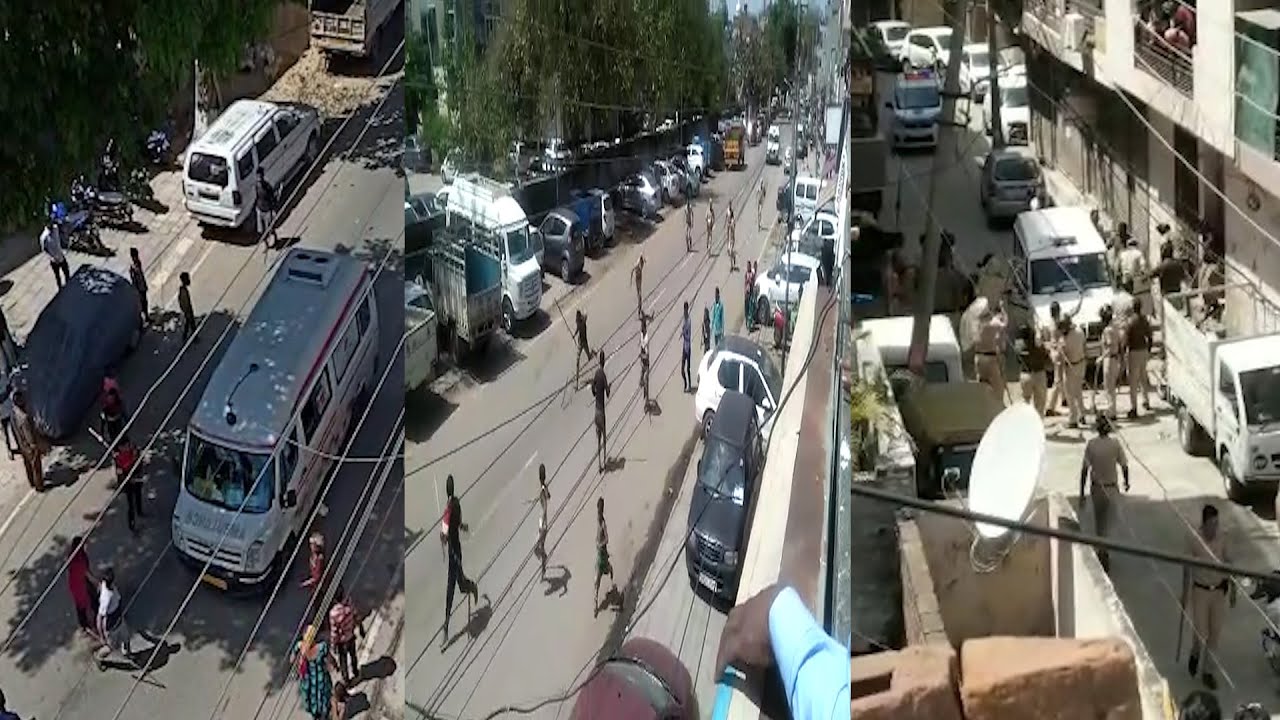 Dhiren is a journalism graduate with a passion for gaming, watching films and sports. He also enjoys cooking from time to time. His motto is to “Live life one day at a time.”
Alcoholic jailed for Raping & Threatening to Kill Victim
Fears of Power Blackouts in UK during COVID-19