Is it Racist to call a Desi Woman ‘Exotic’?

With great progression in societal attitudes, the issue of racist connotations, like ‘exotic’, towards Desi women in modern society remains.

“We aren’t souvenirs, we are real-life human beings.”

Calling Desi women ‘exotic’ has been a longstanding issue in society.

Navigating relationships, sex and romance can be hard enough without the added element of fear of being fetishised or being called exotic.

However, for many Desi women, the reality is when it comes to dating, they are confronted with issues both within and outside of their race and culture.

One of these issues is the blatant backhanded compliments like being called exotic that they face, primarily from individuals outside of their race and culture.

DESIblitz looks at how this descriptive term can harm Desi women and how it is problematic.

What does ‘Exotic’ mean? 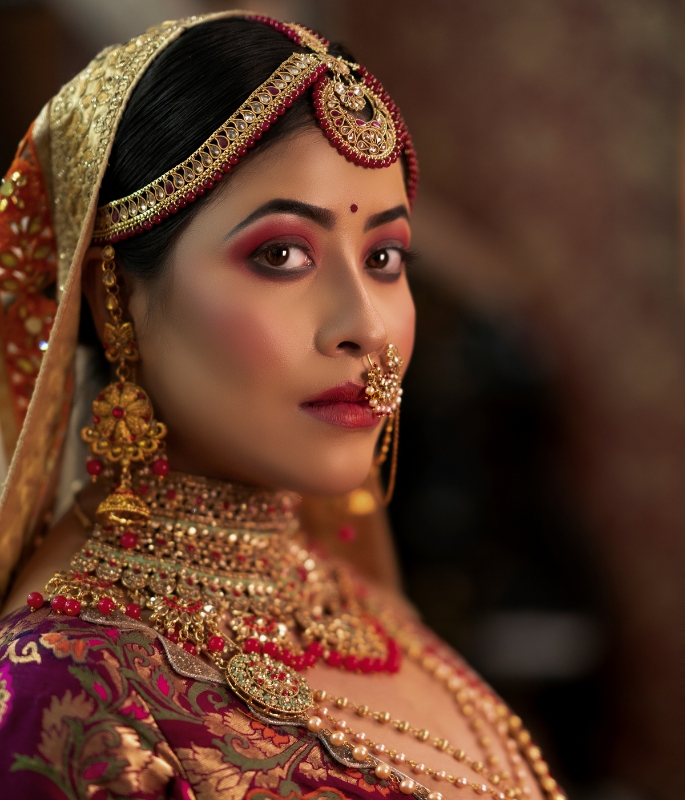 To be considered ‘exotic’, also known as exoticism, refers to the glamourisation of something unfamiliar and often described as exotic.

The term can be traced back to early periods of colonisation and colonialism whereby trade relations and colonisation introduced unfamiliar aspects to the western world.

People and things considered unfamiliar to the western world had then been glamorised, deeming them as ‘exotic’.

One only has to step into a museum to see examples of how white creators depicted Asian and Middle Eastern women in seductive manners in harems and being humble to White men.

For example, The Harem (1860), a famous painting by John Frederick Lewis, captures the sensual fantasies of the western world but also highlights the racism between groups.

The deeming of people as exotic due to their ethnicity, race, or cultural background has introduced a form of racial fetishisation.

This topic is often overlooked but still exists within a society where a person or culture belonging to a specific racial group or ethnicity is sexually fetishised.

The use of this term is seen in everyday occurrences, especially towards women of colour who have become objects of fetishisation when it comes to dating and relationships. 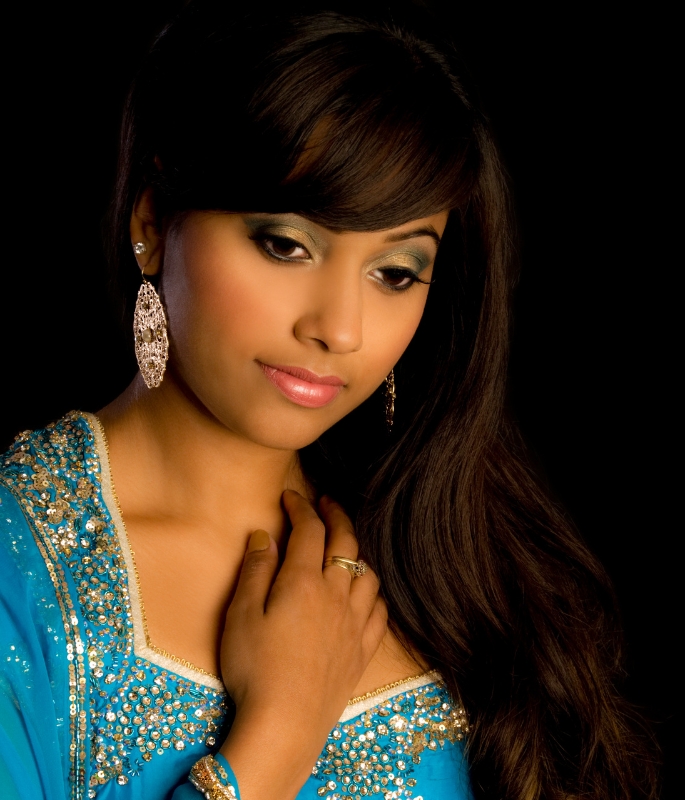 Desi women presented as ‘exotic’ is an issue not only experienced in real life but can also be seen prevalently throughout popular culture.

Whilst there are few representations of Desi women in western media, they are usually represented in one of three ways, the docile and submissive woman, the over-sexualised woman or the oppressed woman.

A common example of where exoticism can be seen and learnt from is in Disney, through the character of Princess Jasmine in Aladdin.

Whilst Princess Jasmine is a Disney character, she is also the first non-White Disney princess. Her physical appearance starkly contrasts against the princesses before her.

Princess Jasmine, who represents a middle eastern princess, has long black hair, and toffee-coloured skin, and wears a midriff-baring top with harem pants.

Not only is the western depiction of this character inaccurate of Middle Eastern women, but it also creates a hypersexualised image of an Asian woman.

Western depictions in Aladdin frame Jasmine as submissive, oppressed, and trapped within the confines of her palace.

The early western portrayals of brown women are not only wildly inaccurate but conform to the idea that brown women are submissive, sending the wrong message to young women and society in general.

This portrayal of ‘exotic’ is not only limited to movies, it can also be seen in popular music videos like Coldplay and Beyonce’s Hymn for the Weekend, a video which features Beyonce appropriating Indian fashion.

Advances in media need to be made to remove and amend the negative, exoticised stereotypes surrounding brown women.

Why is it Harmful? 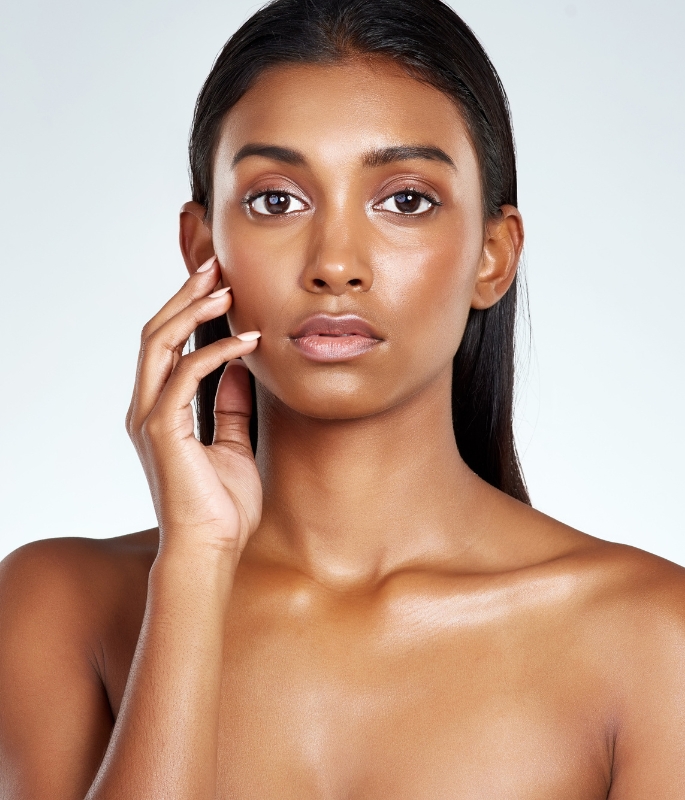 Using exotic as an adjective usually implies something is strange and interesting because it is foreign or otherworldly.

Therefore, when Desi women and other people of colour are often confronted or accosted by the phrase, it is harmful.

When consistently confronted with backhanded compliments like this, it can mentally affect individuals.

In an article written in response to the ‘you’re so exotic’ comment, one student had this to say:

“We aren’t souvenirs, we are real-life human beings.”

This sentiment reinforces how this description objectifies individuals and can hold not only racist implications but a complete disregard for someone’s feelings.

It also reinforces a sense of othering among people of colour due to their distinct features.

Nobody should have to feel desired solely because of their race or ethnicity, as it can make someone feel like a token rather than a human being.

The mentality that people are ‘exotic’ can demean and dehumanise individuals, completely disregarding their identity as a person rather they are seen as sexual objects.

Instead of exoticising someone and hurting their feelings, it is much easier to simply compliment someone instead of offering a back-handed compliment that is likely to offend and dehumanise them.

Desi Women & being Labelled as ‘Exotic’ 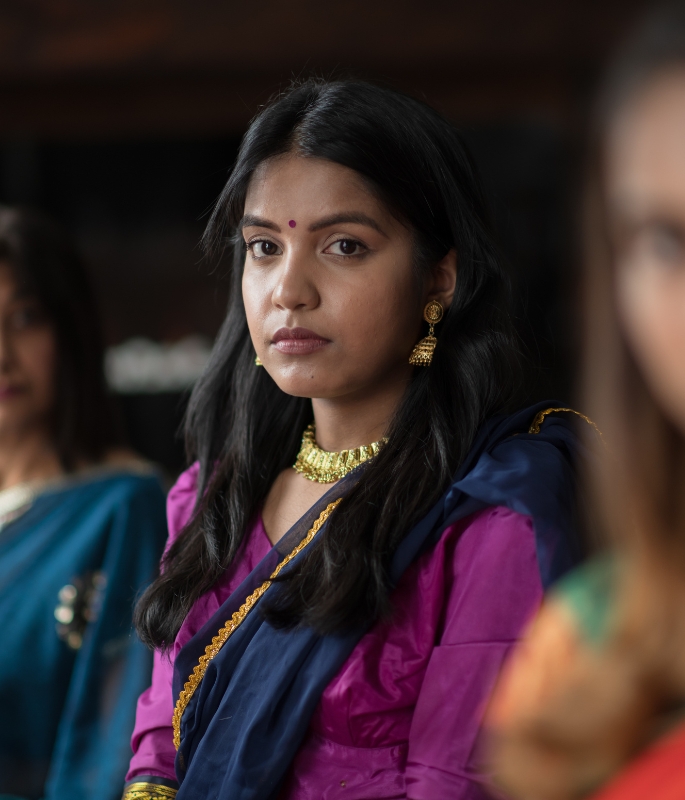 ‘You’re so exotic’ is a phrase that some may think is a compliment when in reality it is laced with racist undertones and an apparent ‘otherness’.

Whilst those saying it may not always have harmful intentions, those four words can carry a history of questioning, self-doubt and hurt for Desi women.

Desi women are often led to believe comments like this are a compliment which propagates a mentality that they should be grateful even to be considered attractive and fetishized.

This is a harmful message that young girls are then taught to view fetishization as a privilege when in fact it is not.

This mentality can lead to Desi women feeling objectified.

21-year-old Chaya Mistry opened up about her experiences with being fetishized and said:

“It made me feel like one of the reasons they liked me wasn’t for how I am as a person inside but for how I looked and what I could offer them, I (in their eyes) could essentially make them look more cultured or exotic.”

This sentiment shared by Chaya is a core example of the detrimental effects that exoticizing someone can have on their mental well-being.

However, not everyone shares the same view on this comment, seeing it as a passing remark rather than a weighted or racist comment.

25-year-old Ayesha Rai said: “I don’t really see it is a big deal to be called as exotic, although I can see how it could be taken as offensive I don’t think necessarily believe it is a racist comment per se.”

Clearly whilst this comment may not be rooted in racist intentions it can leave Desi women feeling like more of a conquest as opposed to human beings as it reduces them to a caricature of a Desi woman as opposed to an individual.

This issue is can be detrimental to the well-being of Desi women who are taught to believe that word exotic equates to beauty when it doesn’t it simply emphasises an otherness that they are then going to feel. 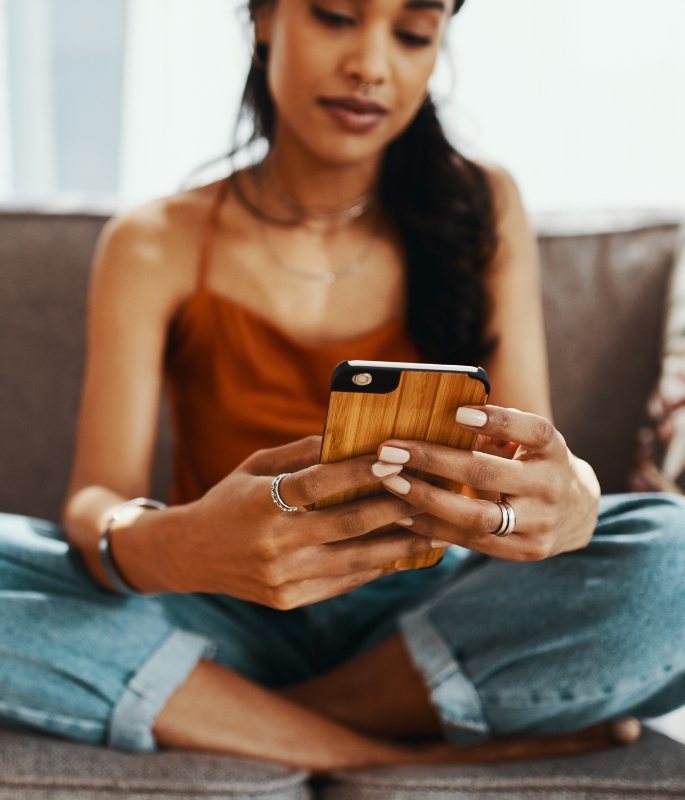 Online dating is a space whereby the issue of being called ‘exotic’ and several other fetishized comments most frequently takes place.

With dating apps increasingly being the preferred method to meet and connect with potential partners more individuals can place their preferences into an app to find a partner.

Whilst not everyone goes on to dating apps intending to exoticize certain groups like Desi women, it does occur that racial fetishization and discrimination are uncovered.

Although it is ok to have certain dating preferences when looking for a partner, individuals are using certain dating apps as a space to fulfil their racial fetishizations.

As previously described Desi women already receive backhanded and exoticized ‘compliments’ in person, which is only intensified for some on dating apps.

From overtly sexual messages to backhanded micro-aggressions disguised as compliments, online dating can be just as tiring as dating in person for Desi women and many other people of colour.

In some cases, dating apps have allowed blatant racist discrimination to run rampant under the guise of exploring ‘exotic’ options.

Certain dating apps and sites like Hinge, OkCupid and match.com include racial or ethnic preferences that facilitate this discrimination.

Behind the safety of a screen, users who are racially fetishizing others can hide easier behind their screen and be more brazen with their discriminatory behaviour.

More work needs to be done to prevent and combat racial fetishization and discrimination.

This topic can be a double-edged sword. While it might make South Asian culture extremely attractive, it still contributes to the otherness of this culture.

In turn, this otherness then conforms to aspects of White superiority, which creates racial divides.

Although not all people of colour who have been victims of this particular issue will see it as a problem, it is a form of discrimination and othering, under a veiled guise of a compliment.

The fetishization and being called exotic simply does not equal appreciation, they are examples of restrictive beauty standards.

Desi women and other women of colour are more than skin colour or cultural features and need to be seen as such to remove racial bias and stereotypes that continue to surround them.

Simply put women are not commodities or conquests, they are human beings who can be affected by the labels that are enforced upon them.

Tiyanna is an English Language and Literature student with a passion for travel and literature. Her motto is ‘My mission in life is not merely to survive, but to thrive;’ by Maya Angelou.
Why are Indian Couples Choosing Not to have Children?
5 Organisations to help with Gambling Addiction