Imran Khan and Avantika Malik have been facing marital issues for quite some time. Speculations have been going around regarding their possible divorce.

"Their house became a debating platform"

The relationship of Bollywood actor Imran Khan and wife Avantika Malik, which had been rocky for quite a while could be coming to an end.

The couple who got married in 2011 has been together for eight years. They welcomed their daughter in 2014.

Yet, it has been reported that they have decided to call off their marriage due to irreconcilable differences.

Avantika has also moved out of the couple’s house with their daughter Imara. She has moved to her mother’s house in Bandra in Mumbai, India.

Numerous speculations regarding the reason behind their split have surfaced since the separation of the couple.

It was also rumoured that Avantika decided to give her marriage a second chance. Though, Imran Khan rejected his wife’s decision for a reconciliation. He said:

“What if the toxicity remains in the relationship, where would that leave them?”

Amongst these rumours, Avantika has been sharing cryptic posts on her Instagram. Many believe that perhaps Avantika is hinting about her marriage woes with Imran via these posts.

Previously, she shared a post about the idea of walking away and a quote from famous musician Morgan Harper Nichols. 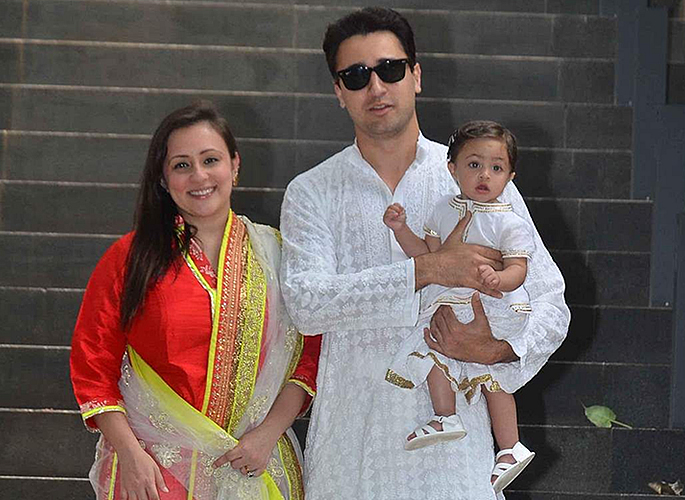 “Ideal love is fostered only between two sincere, mature and independent people.

“Real love is not two people clinging to each other; it can only be fostered between two strong people secure in their individuality.”

According to Pinkvilla, a close source shed light on why Imran and Avantika have decided to part ways.

The source stated Imran’s failed acting career led to the couple constantly arguing and this affected their daughter. The source explained:

“He became really irritable and would react at the littlest of things.”

“All their savings were getting used up and Avantika had to finally rely on her side of the family to support them.

“There were regular arguments between him and Avantika and their house became a debating platform each day.

“Avantika couldn’t take it anymore and realised that all these regular tiffs and fights were affecting their child Imara.

“She called her family and told them everything. They tried various ways to reconcile but to no avail.

“Both Imran and Avantika were fuming and they decided to take some time off their marriage and she moved out with the kid.”

Despite the problems that the couple are facing, neither Imran or Avantika have filed for divorce. Currently, they are living separately.

Ayesha is an English graduate with an aesthetic eye. Her fascination lies in sports, fashion and beauty. Also, she does not shy away from controversial subjects. Her motto is: “no two days are the same, that is what makes life worth living.”
What Deepika says about Work & Marriage with Ranveer
Is Suhana Khan getting ‘Bollywood Ready’ in New York?