Pakistani actor Humayun Saeed has been cast as Dr Hasnat Khan in The Crown.

He will play Princess Diana’s ex-lover in the highly-anticipated fifth series of Netflix’s royal family drama.

The news was announced by Pakistani star Mahira Khan.

In a tweet, she wrote: “Finaaaallly it’s out!!!! So proud! So excited!!! MashAllah MashAllah.

“What a show! What a star 🙂 @iamhumayunsaeed @TheCrownNetflix.”

Finaaaallly it’s out!!!! So proud! So excited!!! MashAllah mashAllah ??? ????? What a show! What a star 🙂 @iamhumayunsaeed @TheCrownNetflix

Heart and lung surgeon Dr Hasnat Khan was romantically involved with Princess Diana from 1995 to 1997, who called him ‘Natty’ and ‘Mr Wonderful’.

In 2008, Dr Khan revealed the relationship during an inquest into her death.

They had met at the Royal Brompton Hospital where he worked when Diana was visiting a friend who was recovering from a heart operation.

During the relationship, Diana had met Dr Khan’s family and is said to have been so smitten, she considered converting to Islam so they could marry.

Diana had disclosed the matter with close friend Jemima Goldsmith, who at the time was married to Imran Khan.

In 2013, Jemima said the Princess was so “madly in love” with Dr Khan that she considered moving to Pakistan to be with him.

However, they split up in the summer of 1997 as Dr Khan believed their relationship would not work long-term. Diana died in a car crash on August 31 that year in Paris. 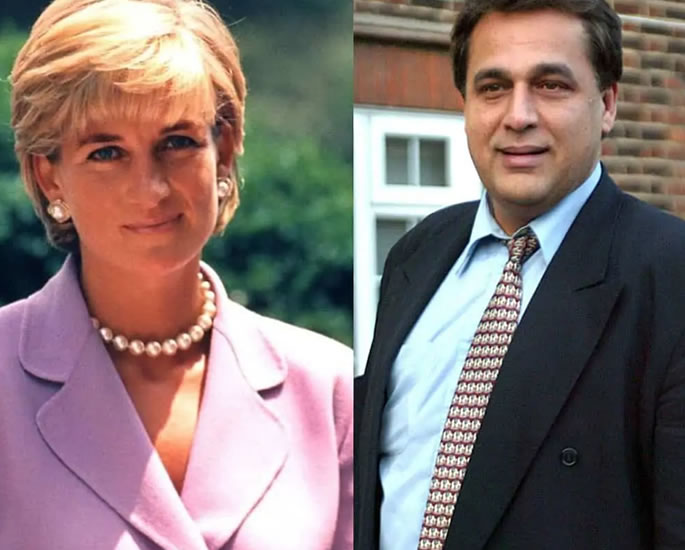 His father, Abdul Rasheed Khan, said his son had told the family:

“If I married her [Diana], our marriage would not last for more than a year.”

“We are culturally so different from each other.

“She is from Venus and I am from Mars. If it ever happened, it would be like a marriage from two different planets.”

Meanwhile, Humayun Saeed is an established actor who made his acting debut in 1999 with Inteha.

Humayun has also starred in and produced numerous TV shows.

The actor has even founded the media production house Six Sigma Plus.

The Crown is one of Netflix’s biggest shows, depicting the reign of Queen Elizabeth II.

Emma Corrin portrays Princess Diana in the show and following Humayun’s casting as Dr Hasnat Khan, The Crown looks to explore their relationship.

Dhiren is a journalism graduate with a passion for gaming, watching films and sports. He also enjoys cooking from time to time. His motto is to “Live life one day at a time.”
Katrina Kaif & Vicky Kaushal celebrate one Month of Marriage
Falak Shabir Responds to Sajal & Ahad Separation Rumours