East African Asians have had successful businesses in the motherland continent. We present 5 top business pioneers from Kenya and Uganda.

"It was all down to the hard work that enabled him to flourish."

Most of them were early South Asian settlers in East Africa, arriving from British India, during the early 20th century.

During that period it was approximately a four-five week voyage via ship from Bombay, India to the port city of Mombasa, Kenya.

These pioneers in business rapidly climbed up the ladder through their hard work. Eventually, the East African Asians began to dominate the business landscape in different parts of Kenya and Uganda.

Many of the businesses they operated became family empires, with some involving partnerships also. Exceptional craftsman Wali Mohamed also combined business with a natural flair for creativity.

We take a look back at 5 top East African Asians from Kenya and Uganda who were business pioneers. 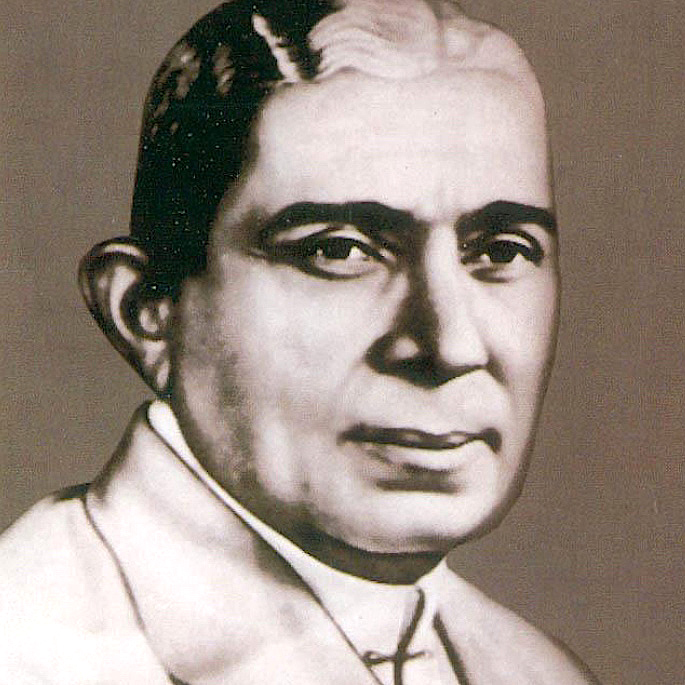 Nanjibhai Kalidas Mehta (late) was an East African Asian magnate and humanitarian. The Mehta Group of Industries in British East Africa was founded by Nanjibhai.

Nanjibhai was born into a Gujarati Lohana family on November 17, 1887, in the Gorana village near the Princely State of Porandabar, British India.

At the age of thirteen, he left India for Uganda in a country vessel during 1900. Leaving his native land, the adventurous Nanjibhai had the utmost determination to become successful.

The reality for this enterprising man was to actually surpass his dreams. Nanijbhai was the founder of several businesses in Uganda, relishing the sweet taste of success.

He began working as a trader, cultivating vegetables, cotton and sugar cane. He gradually built his business empire in East Africa including sugar manufacturing, regional coffee and tea farms, along with over twenty-five ginneries.

“The way to success is a hard road to travel.

“Disappointments and failures dishearten us in the midst of struggle but a man of enterprise has to pass through the period with patience and cheerfulness till he gets his well-deserved returns.”

The conglomerate he expanded was operating successfully in Kenya, Uganda and India during his lifetime. Nanjibhai went on to receive an MBE by the British government for his work in Uganda.

Nanjibhai took his last breath in Porbandar, India on August 25, 1969. Following his death, in Uganda, the national flag was flying at half-mast.

From its humble beginnings, the Mehta Group manages assets in addition of $500 million US dollars. The group employs more than 15,000 people across the globe.

The multi-national and multi-activity business has a worldwide footprint, spread over three continents. This includes Africa, Asia and the USA. 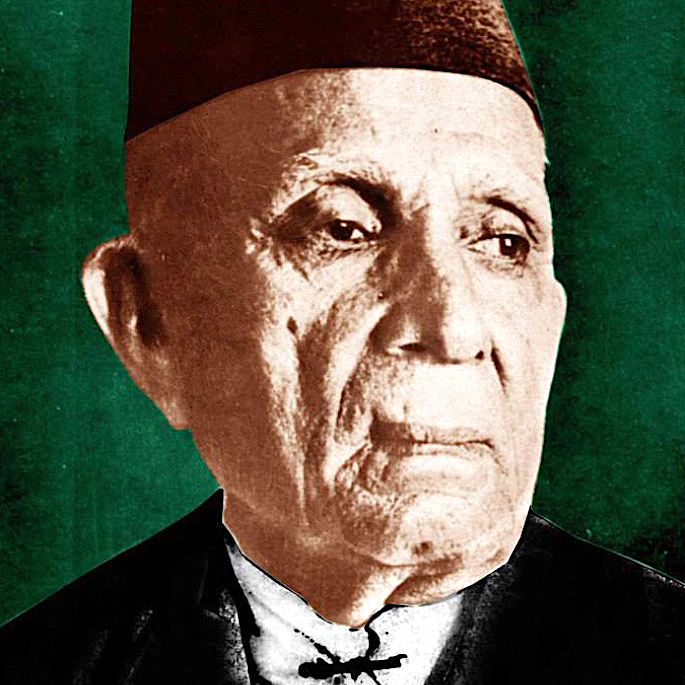 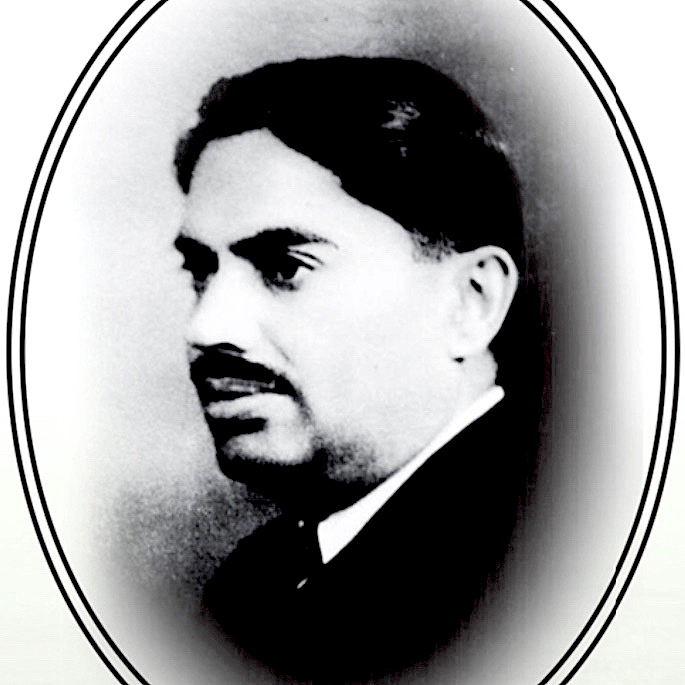 Muljibhai Madhvani  (late) was a Ugandan business tycoon of Indian origin. He was born as Mulji Prabhudas Madhvani into a Gujarati Lohana family in Aasiyapat, India on May 18, 1894.

At the age of 14, he went to Uganda in 1908. After initially working with family members and learning the trade, Muljibhai began managing a shop in the eastern city of Jinja during 1914.

As an employee, he had the task to grow Vithaldas Haridas & Company. He later became the managing director of the company.

The company went on to purchase 800 acres of land in 1918, producing unrefined sugar. Kakira Sugar Works is the flagship creation and largest producer of sucrose.

In 1946, Muljibhai and his family also had businesses in the textiles and beer sector.

Following expansion and further investment, the conglomerate Madhvani Group came to life. The entrepreneur and industrialist sadly left this world on July 8, 1957.

By the time of his death, the Madhvani business force was famous throughout Uganda. In a tribute to Muljibhai, the Kakira Sugar website summarises with a saying from him:

“Your true wealth is actually your people.”

“Man has the ability to be the architect of his own fortune. All obstacles disappear when faced with a determined mind.

“Man is the master of his individual circumstances. A broad outlook is the first step to progress. Simplicity and humanitarianism are the cornerstones of success.

A prominent member of the Madhvani family includes Mayur Madhvani. He is the fifth and youngest son of Muljibhai. Mayur is also the husband of yesteryear Bollywood actress Mumtaz.

The Madhvani group have also ventured out into other businesses. Some of these include industries relating to tea, floriculture, glass, matches, construction, insurance and tourism. 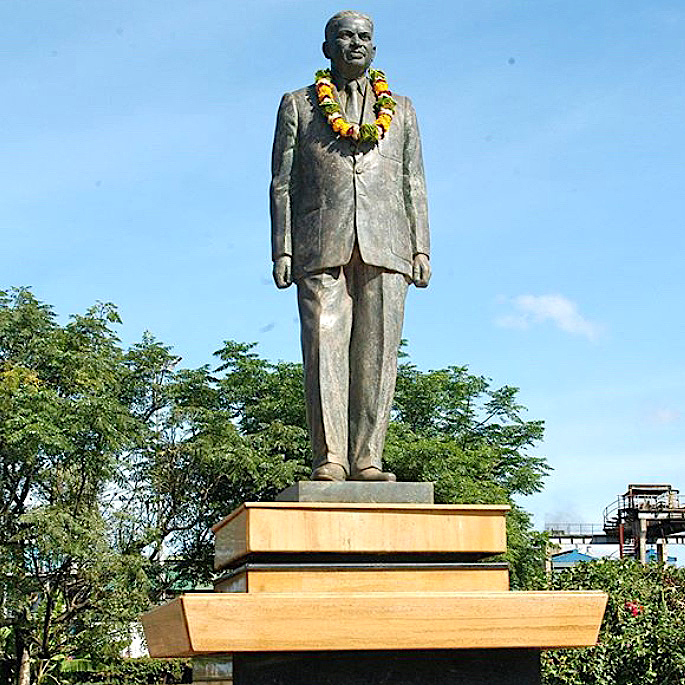 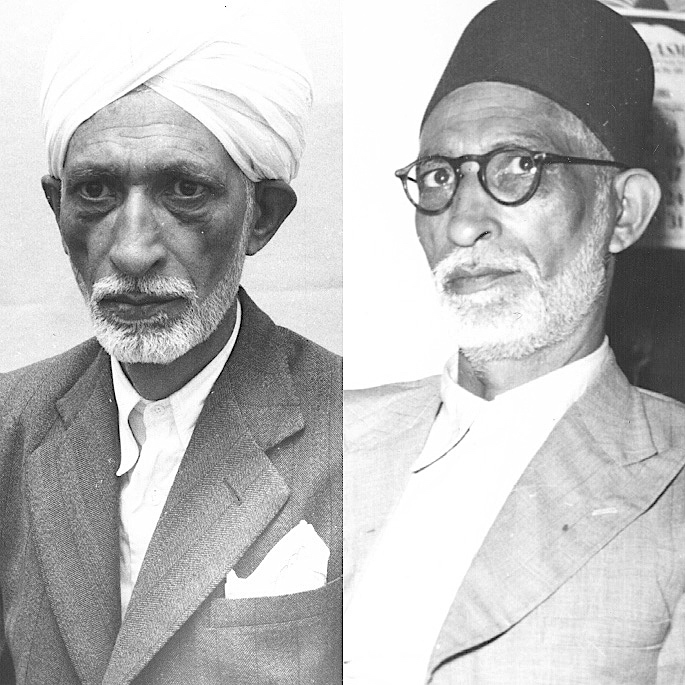 Wali Mohamed Hanid-Awan (late) was a very creative and enterprising individual. He was famously known for his business Wali Mohamed & Co.

Accompanying his father Shah Mohamed Hanid-Awan, Wali went to Kenya. They arrived in Nairobi during 1909 via Mombasa.

Altaf who is based in London exclusively tells DESIblitz about Wali’s journey to Kenya and the early arrival of his grandfather:

“He was nine-years-old. He came to Kenya with his father. Before that my grandfather went there between 1898 and 1901.”

Wali studied for two years at the Railway Educational Centre. Post-independence it became familiar as the Jamhuri High School.

The centre was the sole Indian school, consisting of a 1 classroom hut structure on Whitehouse Road close to Nairobi railway station.

He learnt his trade as an apprentice in the Railway workshops and then working for the engineering firm Isherwood’s & Co. However, in 1928 after saving a small amount, he went on to set up Wali Mohamed & Co, an engineering firm.

He had a large workshop on Canal Road. The enterprising venture was catering for the growing population and to meet the needs of the farming fraternity (British and European) origin.

With his business blossoming, Wali added an additional site on Victoria Street. This was for precision engineering and firearms relating to sales and repairs.

His firm offered a range of services, testifying the evolution and success of it. These include various specialists in the field: Electro Platers, Engravers, Founders, Gunsmiths, Machinists, Fencing and Gate Makers.

During World War II, the business secured government contracts. This was to manufacture goods such as insignias for the East African and British Regiments positioned across Africa and the Middle East.

Besides steering a large business with his enterprising spirit, Wali was a highly skilled multidisciplinary craftsman. With his experience and expertise in engineering, he was very much in demand.

Under his craftmanship, he presented a silver-mounted ostrich egg teapot, along with an ivory gong and striker to Queen Elizabeth II during her 1952 Kenya trip.

He also developed the first anaesthetic machine used in Kenya in collaboration with surgeons.

His company had an apprenticeship scheme for new arrivals from the Indian sub-continent. Through his company, they were offering immigration sponsorships for the Asian community, covering all faiths and languages.

Wali also had a major contribution when it came to social welfare and philanthropy. Altaf’s son, Abrar Hanid-Awan noted his grandad had a dual role in East Africa:

“My grandfather and his family were not there just for business. They were there to establish a community.”

Despite Wali Mohamed & Co partnership dissolving, the business that carries forward his name in Nairobi is Hamid Wali Mohamed Ltd.

Hamid’s two sons, Farook Wali Mohamed and Shuaib Wali Mohamed are running the business. Wali who was a British national died on December 25, 1961, in Nairobi, Kenya. 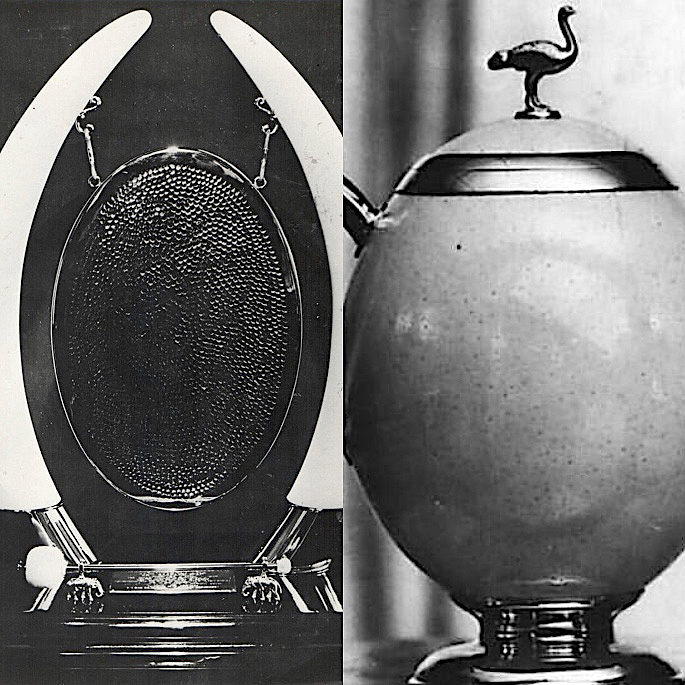 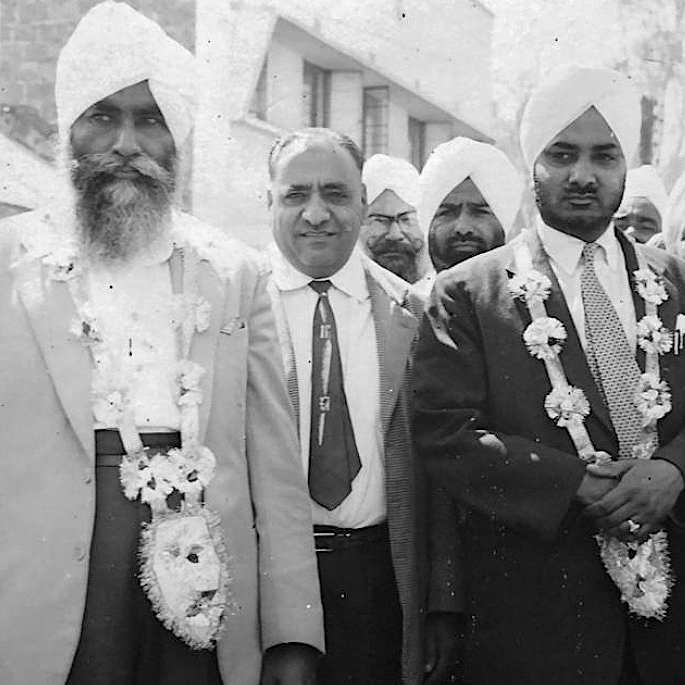 Abdul Rahman (late) was a successful businessman and a compassionate individual.

He became known for overseeing the famous Coronation Hotel in Queensway, which his elder brother Abdul Ghafoor (late) had initially established.

He went on to join forces with Tara Singh and Avtar Singh in founding the hugely successful Coronation Builders on River Road.

Abdul Rahman was born in district Jalandhar, British India, during 1916.

Abdul Rahman left Partapura, Punjab, British India in the early 30s, heading for East Africa by himself. He was the son of the mighty Sultan Ali (late), with Barkat Ali (late) and Shah Ali (late) being his Taya Jaans (paternal uncles).

Upon arriving in Mombasa, he went straight to Nairobi. Belonging to the Arain tribe, the only major link he had in Nairobi were members from his own community.

Despite working as an assistant to a European architect initially he began managing Coronation Hotel around the early 40s. He and members of his family were managing this business, until the mid-60s.

His brother Abdul Ghaffar who also came to Kenya a few years before partition had taken on the bulk of the responsibility for the Hotel.

Abdul Rahman was the frontman of the company, which was into all kinds of construction and building works.

Tara Singh was responsible for looking after the various sites. Abdul Rahman was running the business until the early 80s.

He passed away in the capital city of Islamabad, Pakistan due to a heart attack on February 14, 1987. He was laid to rest in the historic city of Multan, Pakistan.

According to Riaz who also resides in Nairobi, Kenya, he learnt business skills from his father. When asked about the secret to his father’s success, Riaz replied:

“It was all down to the hard work that enabled him to flourish. This is how our grand elders operated.”

Riaz continues to work hard and carry forward his father’s legacy. Descendants and close family relatives of Rahman live in the West Midlands, along with some holding British citizenship. 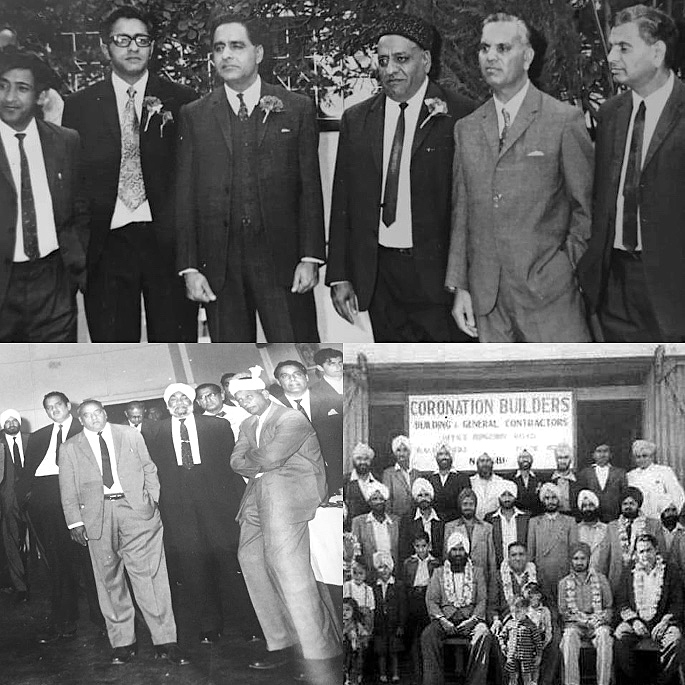 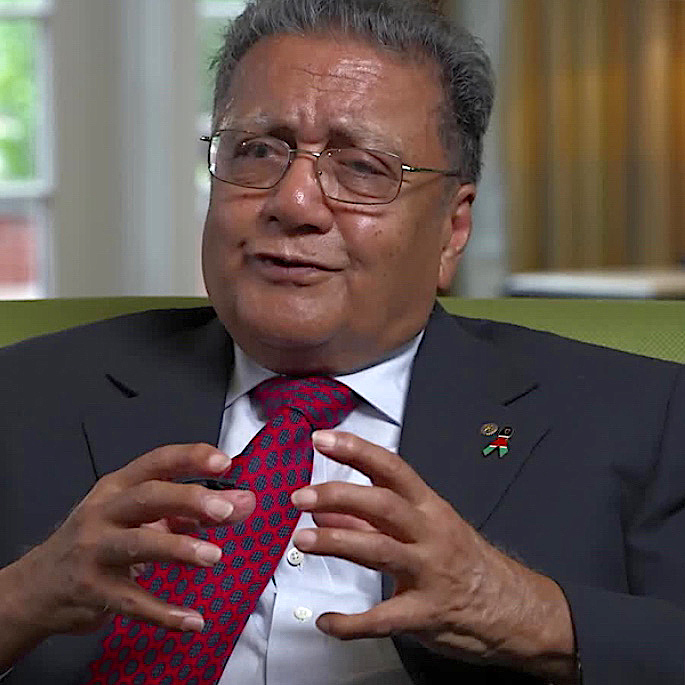 Manu Chandraria is a legendary industrialist from Kenya of Indian descent. He was born as Manilal Premchand Chandaria in Nairobi, Kenya on March 1, 1929.

Manu is a senior figure of the Comcraft Group, an industrial and engineering conglomerate, spanning many global countries.

Manu admits he came from a very humble background, which saw his father encouraging him to have a good education.

Upon completion of his Masters (MSc) in Engineering from Oklahoma University, Manu came back to Kenya.

On his return, he and other family members went on to manage a thriving family business. The Comcraft Group traditionally specialises in manufacturing products using steel, plastics and aluminium.

In reply to a question about the formula to his family’s success, Manu told The Standard:

“My father founded the company, and he insisted on us getting a quality education. When we joined him, we worked hard.

“Sometimes we used to work up to midnight and be up by 5 am. It’s all been possible through hard work.”

Recognising his entrepreneurial achievements, Manu has gone on to bag prestigious honours in East Africa and across the globe.

Manu who is also a notable philanthropist was conferred by the Order of the British Empire (OBE) from Queen Elizabeth II in 2002.

His daughter Priti and son Neal are taking the family business forward, whilst Manu takes a slight backseat. 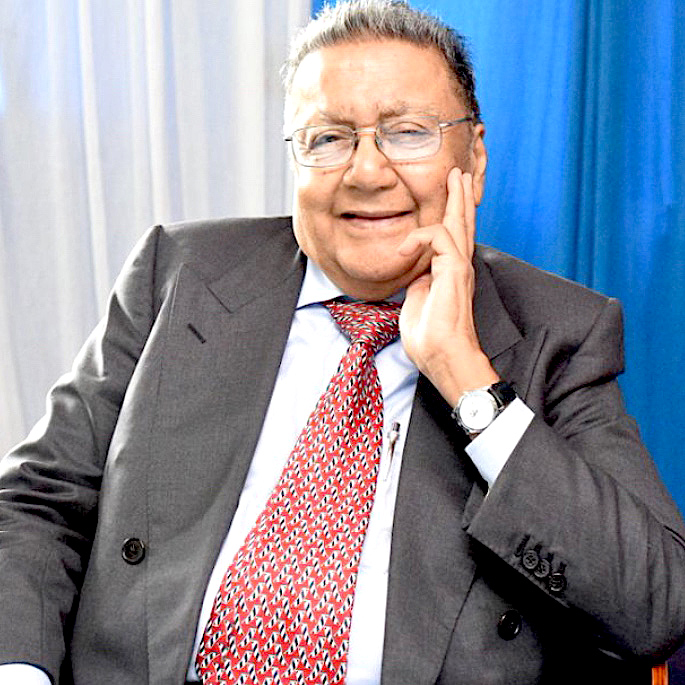 Meanwhile, the sheer hard work and determination of the East African Asians we have showcased, along with many others not listed cannot be forgotten. Their names will live forever in the history of East Africa.