Disney Film narrated by Meghan Markle to Stream in April

Prince Harry’s wife Meghan Markle is set to reembrace her Hollywood roots with her role as a narrator in Disney’s upcoming film, Elephant.

“Do you know she does voiceovers?”

The Duchess of Sussex, Meghan Markle has already landed her first role as the narrator of Disney Nature’s documentary film Elephant (2020).

Meghan will begin a new chapter in her life after she leaves the royal family along with her husband Prince Harry, the Duke of Sussex and their son Archie.

On Thursday, 26 March 2020, according to the press release by Disney Nature, Meghan will be voicing the role of the narrator.

The documentary film follows the lives of African elephants Shani and her son Jomo on an “extraordinary 1,000-mile journey across Africa on an adventure that will change their lives.”

In Botswana 2016, Meghan Markle met the makers of the documentary film where she watched some of their footage across the years.

“Knowing her passion for the subject and the footage”, the makers later approached Meghan for the role of the narrator. 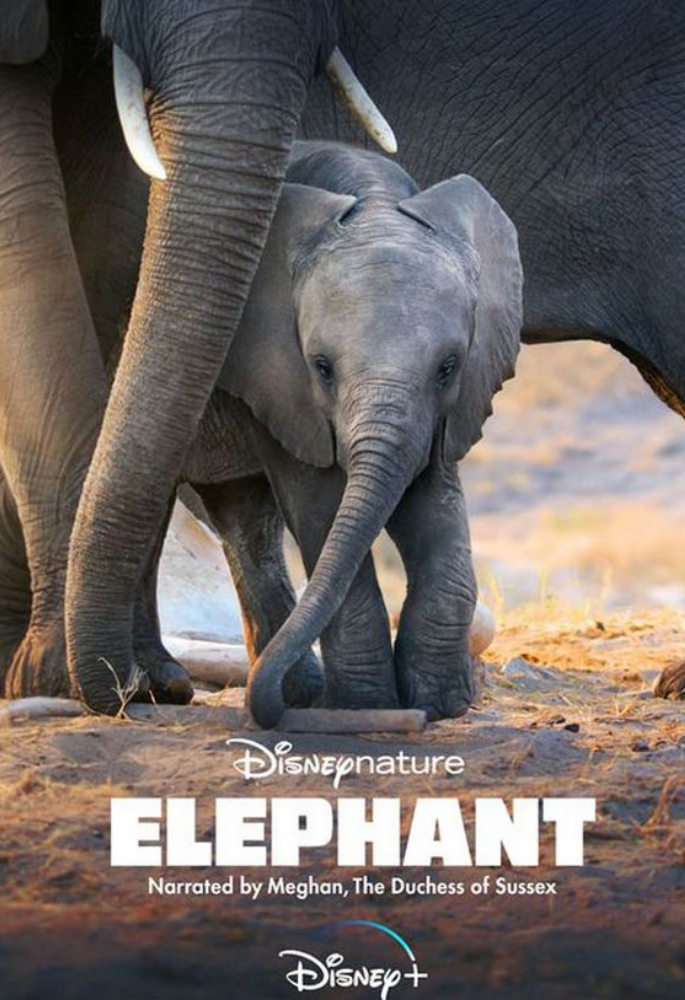 However, Prince Harry may have been one of the reasons she got the role. In July 2019, in a video, the Duke was seen speaking to Disney CEO Bob Iger.

While pointing to Meghan, who was speaking to American singer Beyoncé, Prince Harry asked Iger, “Do you know she does voiceovers?”

A surprised Iger replies saying, “Oh, really?” to which Prince Harry repeats, “Did you know that?”

Meghan Markle recorded the voiceover for Elephant (2020) in London during autumn 2019.

Prince Harry and wife Meghan have been advocates for the charitable organisation, Elephants Without Borders.

The organisation aims to conserve wildlife and natural resources as well as protecting African elephants.

Before getting engaged to Prince Harry in 2017, Meghan gained fame as an actress of the American series, Suits.

However, the actress gave up her role in the industry when she got engaged to Prince Harry and instead carried out royal duties.

Yet, this was to come to an end. In January 2020, Prince Harry and Meghan took to Instagram to announce their decision to step down from their royal life.

The couple explained how they wanted to become “financially independent” and “carve out a progressive new role within this institution.”

On March 9, 2020, Prince Harry and Meghan completed their final royal engagement as senior members of the royal family.

They attended the annual Commonwealth Service at Westminster Abbey. On March 31, 2020, the couple will officially leave their roles as senior royals.

Elephant (2020) will also be accompanied by another wildlife documentary Dolphin Reef (2020). This will be narrated by Oscar-winning actress Natalie Portman.

Ayesha is an English graduate with an aesthetic eye. Her fascination lies in sports, fashion and beauty. Also, she does not shy away from controversial subjects. Her motto is: “no two days are the same, that is what makes life worth living.”
Deepika Padukone accuses Katrina of Stealing her ‘Idea’
Anveshi Jain to Play Sexologist in debut Telugu Movie