Returning for 2018, the British Ethnic Diversity Sports Awards celebrates sporting excellence amongst the Black, Asian and Minority Ethnic communities of the UK. Find out which sporting heroes were honoured at the prestigious event.

Celebrating the sporting achievements of ethnic minorities and the BAME community, the British Ethnic Sports Diversity Awards returned for a fourth year on Saturday 24th March 2018.

Organised by Sporting Equals and hosted by the charismatic Sir Lenny Henry, London’s prestigious Grosvenor Hotel was packed with special guests, nominees, and celebrities from across the UK and beyond.

Undoubtedly, it has been a fantastic 12 months of sport for the Asian and ethnic community. Representation and diversity across British sport are at a considerable high. And, although more improvements need to be made, the sight of these outstanding men and women on both the field and our TV screens has been truly gratifying.

Watch all the highlights from BEDSA 2018 here: 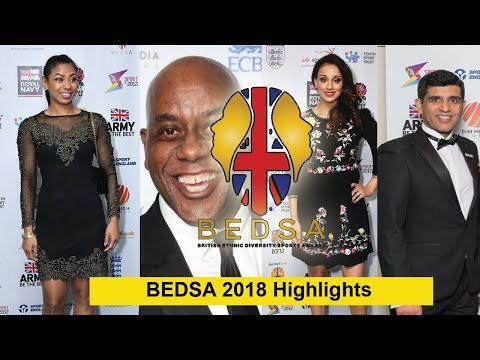 The big winners of the night included Ellie Downie and Maro Itoje. They each took home the Sportswoman and Sportsman of the Year award respectively. 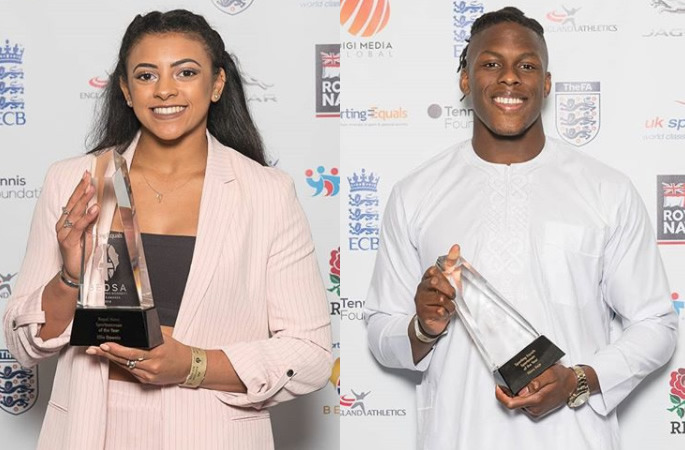 Notably, the European gymnastics Champion Downie was the first gymnast to win a prominent all-around title for Great Britain in 2017.

Celebrating the rising talents of young sporting heroes, BEDSA awarded Young Sportsperson of the Year to Marcus Smith. The 19-year-old British Filipino is one of the big emerging names of the England rugby union.

On the British Asian side, the inspiration behind the award-winning film, Bend It Like Beckham, Permi Jhooti was honoured with the Lifetime Achievement Award.

As the first British Asian footballer in England, Jhooti’s story has been the inspiration behind a whole generation of young girls from all ethnic backgrounds to take up a sport, despite the cultural restrictions placed on them.

Alongside Permi, the Unsung Hero award was given to Tarsem Singh Cheema. The British Indian has dedicated the last 52 years of his life to grassroots football, having co-founded the Punjab United Football Club Derby and Khalsa Football Federation. 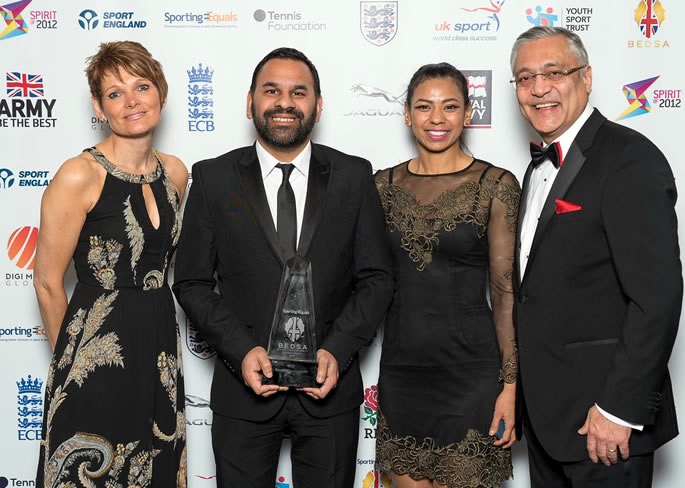 Here is the full list of winners of the British Ethnic Diversity Sports Awards 2018:

The Royal Navy Sportswoman of the Year Award
Ellie Downie 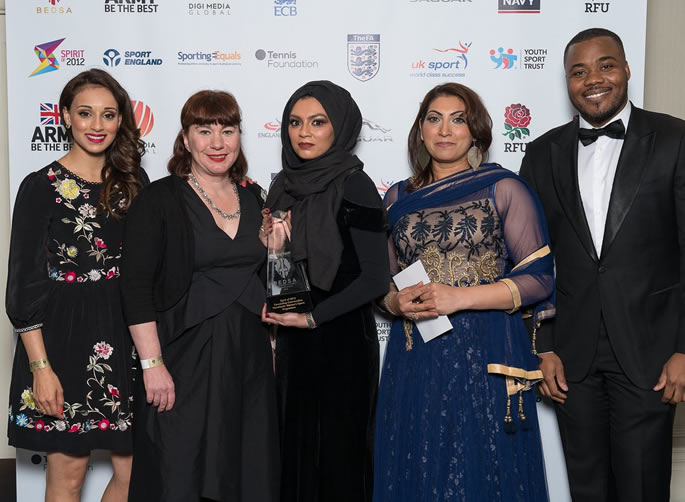 “The BEDSA awards never disappoint celebrating the outstanding work of volunteers and communities to the achievements of World class performers like Maro Itoje, Ellie Downie and Kadeena Cox.

“They are now a key date in the sporting calendar and important in terms of not only showcasing the excellent work and talent among diverse communities but also highlighting that there is much work still to do to tackle inequalities and under-representation in some areas of sport.”

Alongside the deserved winners, the evening also unveiled the launch of the Spirit 2012 Breaking Boundaries Project.

The £1.8 million project aims to bring different ethnic and faith communities together through the beloved sport of cricket.

It is will be delivered in partnership with Youth Sport Trust and will run across UK cities including Manchester, Birmingham, Bradford, Slough and London from May 2018.

“I’m very proud to be unveiling this ground-breaking programme that sets out innovative and inclusive methods for engaging across communities, ethnicities and faiths to build happier and healthier relationships.”

All in all, the British Ethnic Diversity Sports Awards 2018 proved to be a fantastic celebration of sporting excellence among the BAME community in the UK.

Each of the winners is a clear role model for future generations, and together they motivate greater diversity and representation in British sport.