Heartthrob Armaan Malik performed at SSE Arena in Wembley for the first time on September 24, 2016. DESIblitz reviews this spell-binding concert!

There is a superstar charm and charisma in him!

Armaan Malik is a name which has been prominent in the Indian music fraternity for a while now.

On September 24, 2016, avid fans of the Bollywood playback singer were rewarded with his first ever UK concert at the SSE Wembley Arena in London.

Official media partners, DESIblitz were proud to be amidst all the action. Let us take you through this magically musical night!

Host for the evening was Zing presenter Natasha Asghar, who introduced us to the first act of the evening.

This was YouTube Sensation, Shirley Setia, dressed in an angelic white dress. She sang a few of Ankit Tiwari super-hit songs like ‘Sunn Raha Hai Na Tu’ and ‘Galliyan’.

Post her tremendous performance, Natasha then presented us to the star of the hour, who fans had been eagerly awaiting – Armaan Malik.

As strobe lights and spotlights illuminated the arena, there the 21-year-old sensation descended onto the stage, wearing a white T-shirt, chinos, and a grey sequined top.

His first song to kick start the evening was, of course, the chart-topping ballad, ‘Main Hoon Hero Tera’.

While normally you would expect a short break between songs, Armaan sang continuously, enrapturing the already spell-bound audience with his dulcet tones.

The crowd went crazy as he began to sing the title track of Janaan. Unexpectedly, he fused this with Kabhi Alvida Naa Kehna’s ‘Mitwa’, bringing a whole new dimension to the uplifting track about love and friendship. 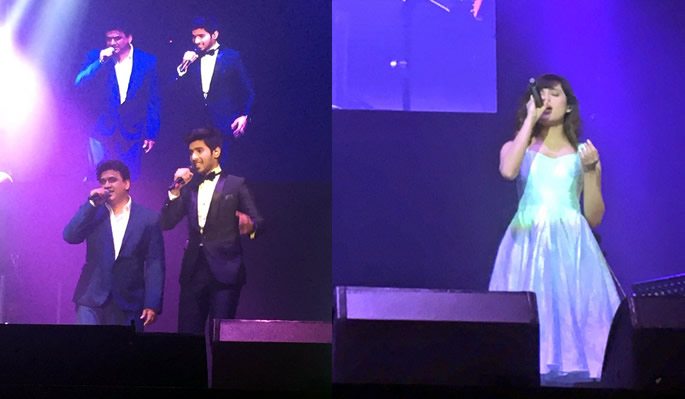 A memorable moment was when one audience member asked Armaan to come closer to them. The young singer laughed and responded: “But I’m already there within your heart.”

He then shouted out to the crowd: “I love you all.”

There have been instances where even major artists have failed to impress by not interacting with the audience enough. But with Armaan, his audience interaction was top-notch throughout, proving that there is an undeniable superstar charm and charisma in him.

Armaan then began a medley of romantic Bollywood songs, beginning with ‘Phir Mohabbat’, which transitioned into ‘Chahun Main Ya Na’.

The beauty of this part of the concert was how he further fused ‘O Re Piya’ and ‘Muskuraane’.

In fact, his vocals were crisp and strong when singing ‘O Re Piya’. It almost sounded like a Coke Studio version.

The highlight of this performance was when fans got to see Armaan Malik break out into hip-hop dancing. This made the crowd go wild!

Usually, in concerts, there are additional dancers for performances. But in this Armaan Malik show, it was just about him and his majestic voice. A special mention to his band, they were excellent!

Armaan Malik’s unique quality is the fact that he can sing any song and adapt to his style. Be it an Arijit Singh track or a Mohammed Rafi classic, Armaan will make it his own.

After the stellar first-half, the second part of the show we got to witness an epic moment. Armaan sang ‘Tum Jo Mil Gaye Ho’ with none other than his father, Daboo Malik.

Looking dapper in a black tuxedo, Armaan left no stone unturned to entertain. 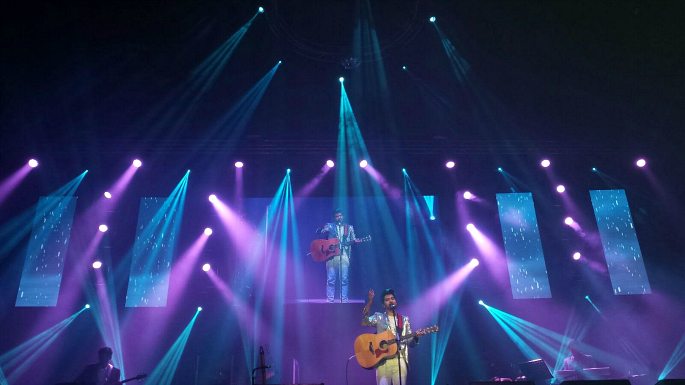 He also dedicated the track ‘Wajah Tum Ho’ to all his fans, lovingly called ‘Armaanians’.

During this medley, all we could hear was Armaan’s velvety voice and the soothing notes of his guitar. Truly, a poignant moment.

But Armaan kept the surprises coming, inviting onto stage none other than the beautiful Esha Gupta, who danced to ‘Main Rahoon Ya Naa Rahoon’. Esha also appears in the music video to the track alongside Emraan Hashmi.

Overall, it is unbelievable to think that this was Armaan Malik’s first time at performing in the UK.

Having just turned 21, he has become Bollywood’s youngest singer to perform solo at Wembley – a truly phenomenal achievement!

We can’t wait to see what else Armaan has up his sleeve for the final show of his UK tour in Leicester.

Anuj is a journalism graduate. His passion is in Film, Television, dancing, acting and presenting. His ambition is to become a movie critic and host his own talk show. His motto is: "Believe you can and you're halfway there."
Upcoming Stars shine at BBC Asian Network Future Sounds
10 Amazing Garba and Dandiya Tracks to Dance to