Following Pakistan’s defeat to India at the 2019 Cricket World Cup, boxer Amir Khan has said that he will avenge their loss.

"I will avenge the loss and knock out Neeraj Goyat"

Boxer Amir Khan has promised to avenge Pakistan’s loss to India at the Cricket World Cup 2019 in his next bout.

He will face Indian professional boxer Neeraj Goyat on July 12, 2019, in Saudi Arabia. Khan said he will avenge Pakistan’s loss by knocking out Goyat.

Goyat is seen as India’s number one boxer and the bout will take place at the King Abdullah Sports City in Jeddah.

The fight will be for the WBC Pearl World Championship and Khan will earn a reported £7 million.

Khan had attended the anticipated cricket match at Old Trafford on June 16, 2019, with his wife Faryal Makhdoom.

“Pakistan lost to India today in World Cup. Come July 12th, I will avenge the loss and knock out Neeraj Goyat on our upcoming fight in Saudi Arabia.” 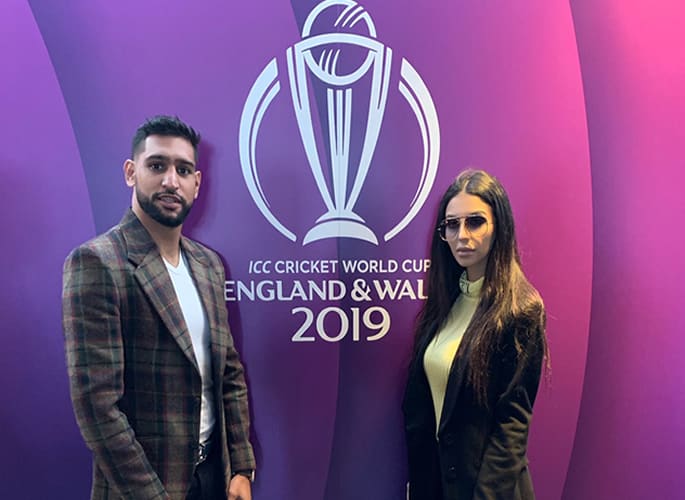 However, Goyat was quick to respond to Khan’s pledge and replied: “In your dreams.”

After Pakistan’s defeat, questions were raised over the fitness of the players by many supporters and former cricketers.

Some fans even claimed that the players were eating burgers and pizzas leading up to the cricket match. They said that their fitness levels were so poor that they should quit cricket and take up a sport like wrestling.

Amir Khan reached out to the Pakistan Cricket Board and volunteered to help the players improve their fitness. He said that they have talent but they need to improve other habits.

He wrote: “Would love to help Pakistan cricket team with some advice on how to stay fit and strong. How to be disciplined on food, diet and training.

“The team has talent but need to improve on strength & conditioning and focus.”

Khan also posted pictures of him undergoing rigorous exercise ahead of his fight against Neeraj Goyat.

Would love to help Pakistan cricket team with some advise on how to stay fit and strong. How to be disciplined on food, diet and training. The team has talent but need to improve on Strength & conditioning and focus @TheRealPCB pic.twitter.com/GEUplrqdpP

When asked about facing an Indian opponent, Khan stated that he would maintain healthy competition since he is a sportsman. 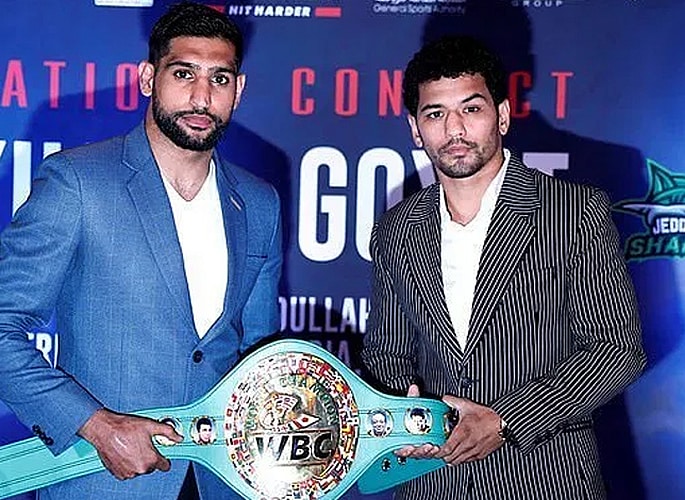 He said: “In view of the ongoing hostilities between India and Pakistani and especially what’s going on at the border, it will be interesting. Of course, there is lots of pressure.

“We are professional sportsmen and it’s nice that India and Pakistan should fight in the fields of cricket, boxing and other sports.

“Pakistan and India will be trying to beat each other in sports and more of that needs to happen.”

The fight against Goyat will be Khan’s first since his defeat against Terence Crawford. Goyat has a professional record of 11 wins, three defeats and two draws.

Dhiren is a journalism graduate with a passion for gaming, watching films and sports. He also enjoys cooking from time to time. His motto is to “Live life one day at a time.”
Strong India hammer Pakistan in ICC Cricket World Cup 2019
Veena Malik & Sania Mirza clash on Twitter over Pakistan Team