A better life in India?

Modern India is a picture of a high growth economy and some significant changes to lifestyle. For British Indians, it presents an attractive option to pursue a better life. However, change in India is progressive and may not meet the expectations of many.

Moving to India? That was the last thing we wanted to do. Things change. India has become an attractive prospect for many British Indians. Many are thinking of relocating to India permanently. So what’s brought on this change?

India is a very different place now. It is an emerging Asian economy which is booming. Many multinationals are setting up offices in India. The country’s IT industry is booming. If you are looking for a job, India has plenty. Unemployment levels in the UK during the banking crisis has made it more difficult to find a job here than in India.

In India, the multinationals have injected improvement in services and goods. Large cities now sell all the latest electronic goods at affordable prices. Large shopping malls and multi screen cinemas have sprung up in city centres. Banks offering mortgages over the last 15 years has increased car ownership. Tescos, Marks and Spencers and Mothercare have all set up shop in India. It is possible to envisage a life comparable to the UK in India.

India’s expanding and newly prosperous middle classes are enjoying a better lifestyle. Their outlook has changed. Satellite TV has brought films and music videos into their homes portraying an exciting westernised culture. PCs, MP3 players, Playstations and Xboxes can be found in many homes. They even listen to Jay Sean, Rishi Rich and Jazzy B on their digital radios. They get takeaway food from Domino’s Pizza, KFC or McDonald’s at weekends. McDonald’s even delivers food in India.

In a lot of respects their lives are not different to ours.

In this ‘new’ India we may have found a contemporary lifestyle that we can relate to based on ours here.

Moving to India does not seem so strange when we can make new friends who share our interests and lifestyle. 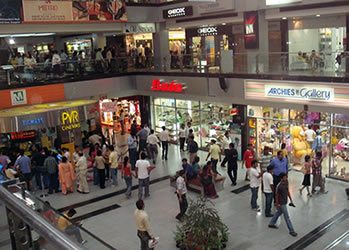 Many British Indians think of going back to their spiritual roots. They want to be surrounded by their own. They want to live in a country that reflects their cultural heritage. The weather is warmer and the people friendlier. Bollywood presents an image of an India that is buzzing, young country of abundance and opportunity. B4U and Star Plus TV portray an idealistic life in India enticing us to go there. NDTV, news channel, and imported Indian newspapers present a vibrant, intelligent political culture. Life could be better in India.

However, the old India our grandparents used to complain of is still there. The bureaucracy is mind numbing. If you want to get anything done the process is slow. There are more forms to fill in. There is no telephone helpline. You cannot order by phone or pay by direct debit. Everything has to be done in person.

People use to an efficient and fast service in the UK will be frustrated at India’s pace. India’s infrastructure is ancient. Traffic in India is very congested with all sorts of transportation still in use.

Many areas have patchy electricity and gas supplies. Load shedding power cuts still occur. Gas has to be purchased in cylinders and connected to stoves. Water supplies are often cut off by corrupt government officials. The realities of practical life in India could turn out to be a culture shock. 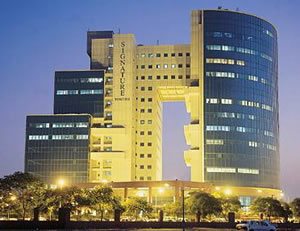 For those who don’t want to deal with ‘old’ India there are NRI (Non-Resident Indian) residential complexes – for those who can afford it.

The complexes are usually on the outskirts of cities. They are high rise buildings containing modern apartments with all the mod cons. These residential estates have their own sports centres, swimming pool, shopping area and parks.

You could live a self-contained life in these complexes avoiding the smoke and heat of the real India. But there is fierce competition for these flats with many of India’s new middle class on waiting lists to purchase one. 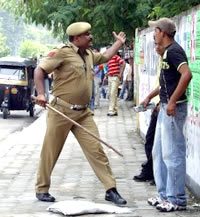 Indian culture is traditional and conservative. Those use to the freedoms of living in Britain will find life restricting. The police are strict and impose control aggressively. Men and women don’t socialise so openly. There is still segregation of the sexes. Women still occupy traditional repressive roles of the home-maker. Young women are chaperoned everywhere and often not allowed to go where they want.

Marriages are still arranged for many. People live in close-knit communities of relatives who closely monitor and censor activities. Unless you belong to the educated, liberal middle and upper classes you will still come across narrow minded attitudes.

India is in a strong place now. It is happy to share its new found prosperity with its returning diaspora. British Indians will find much which is familiar in India. It is a new place in which we can explore your identity and cultural roots. Those thinking of making the leap will need to adjust to the realities of living in India. This could be the deciding factor as to whether India could be truly called ‘home,’ hence, still making the UK home for those wishing emigrate.

S Basu wants to explore the place of Indian diaspora in a globalised world in her journalism. She likes being a part of contemporary British Asian culture and celebrates the recent flourishing of interest in it. She has a passion for Bollywood, Art and all things Indian.
Flying High with the RAF Medical Services
Keep BBC Asian Network National