One of his most memorable works includes dollar bills folded into the shape of planes.

Contemporary Pakistani art and their artists are growing in popularity at a faster rate than traditional works of art.

Art originating from Pakistan, in general, is popular because of rich culture and diversity illustrated in each work of art.

Some of Pakistan’s most captivating artists include Mujeeb and Qureshi.

Both of which have established themselves on the global stage.

Contemporary artists in India are very popular and their work is highly sought after.

It is not just paintings on a canvas. For these artists, art comes in a number of ways, from sculptures to photography.

Their methods of art creation have captured the imagination of art enthusiasts. 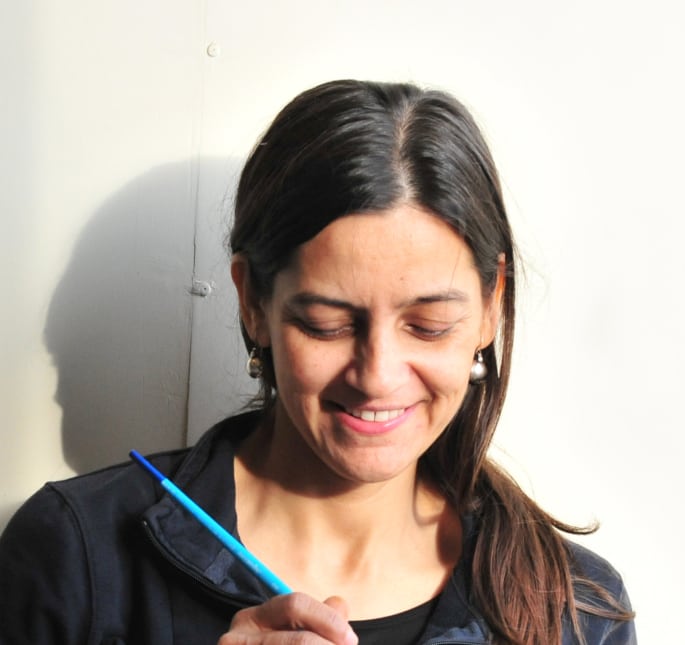 The Lahore-based artist focuses her attention on exploring the border between reality and fiction through striking visuals.

Mulji’s work has featured in many exhibitions across the world, making her an established artist.

Her works create surreal contrasts through the use of digital imaging and reanimating objects through animal taxidermy.

It is this style which stands out because of its uniqueness as it is both humorous and addresses deeper themes.

Her 2011 show called Twilight was a combination of paintings and sculpture.

Twilight depicted a world which was stuck in a state between day and night.

Mulji’s work balances on the edge of reality, neither here nor there.

A lot of Mulji’s work always have deeper meanings of a fine line between realism and surrealism through a variety of art mediums.

In Mulji’s art project 1001 Storeys, she looks at a post-colonial society which is transitioning and it’s absurdities.

She takes into account the visual and cultural overlaps of language, image and taste. 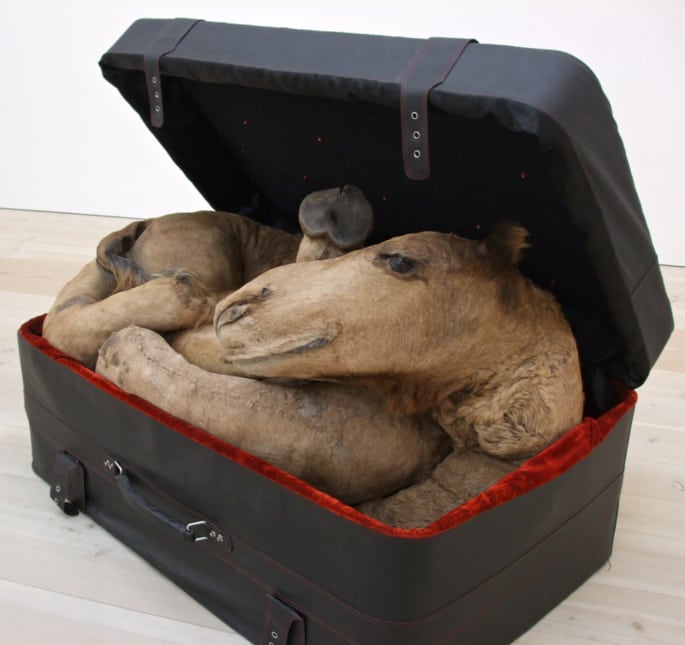 This creates fantastic collisions for her work. 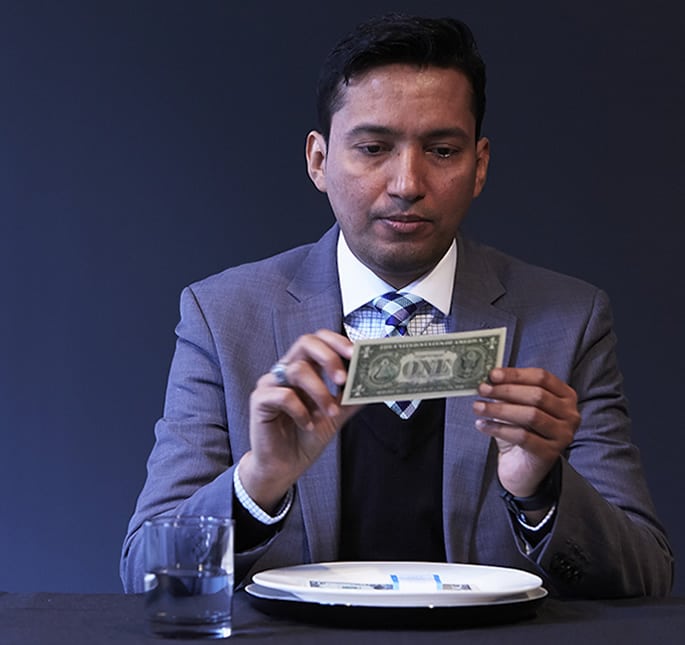 Abdullah Syed was born in Pakistan but works between Karachi, Sydney and New York.

He explores themes such as religious tensions, Post-Colonialism and political instability.

Syed uses them as factors in the construction of contemporary Muslim male identities.

One of his most memorable works includes dollar bills folded into the shape of planes.

They are stapled together to resemble an oriental carpet as well as drones.

It is named the Flying Rug and it casts a shadow on a nearby wall navigating between the West and Pakistan.

It presents two meanings. In the West, they act as an element in the fight against terrorism.

But in Pakistan, as Syed highlights is that the drones are considered an imperial interference by the United States.

He notes that drones have killed over 1,000 Pakistani civilians since 2004.

Syed uses unorthodox methods to create his work such as framing, lighting or installing. 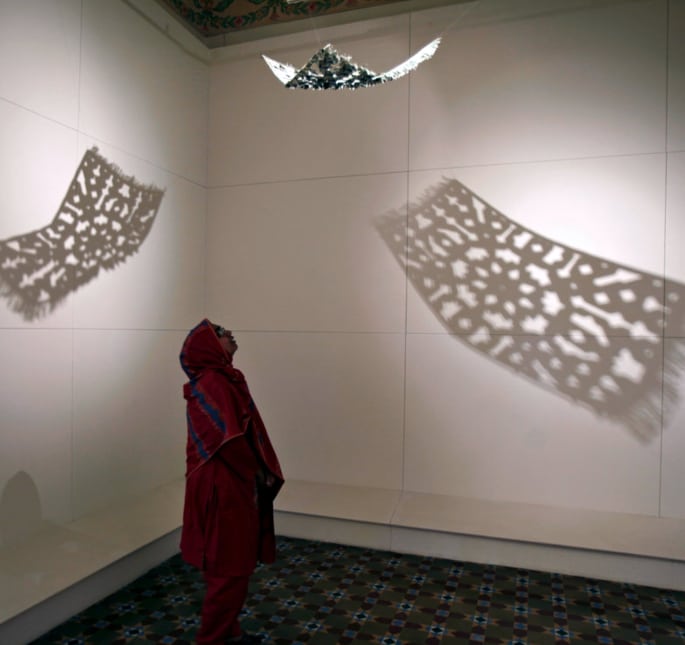 He combines it with various concerns and different amounts of resources which always changes the work as if it has its own mind.

Syed’s ever-changing artwork is his way of discussing the anxieties generated by everyday instances. 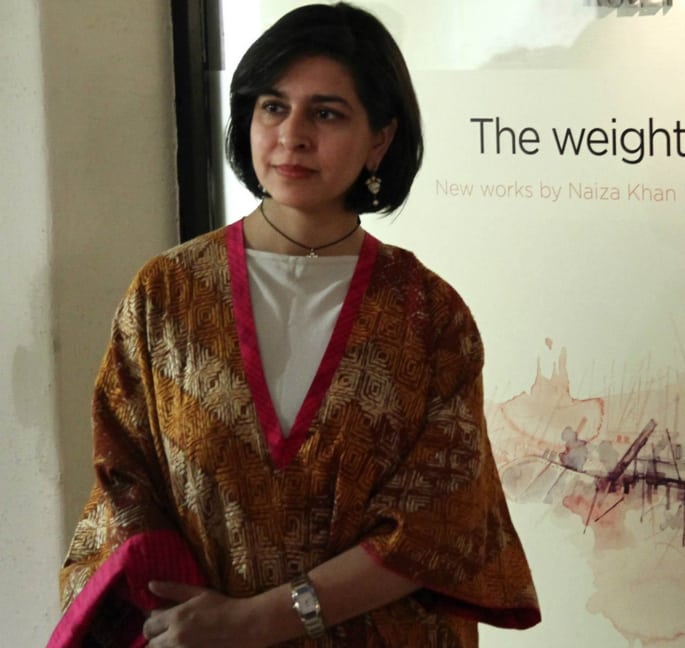 A lot of Naiza’s work relates to her Pakistani roots, mainly Manora.

Her work looks at landscapes which contain ruins of the past but indicates the continuing hold of history on the present.

She captures a sense of uncertainty broadly felt across the world.

Khan’s previous work relates to the female body which began during the 1980s.

She uses images of lingerie and straight-jackets to create ‘armoured’ skirts of steel.

Another influence was Urdu poetry, Khan used hair in a book called Hair Falls as Night.

It is a response to two women who discounted themselves in Hyderabad in 1996 to protest the execution of nine family members.

Both her contemporary art styles have gained worldwide recognition as art pieces have featured in many exhibitions. 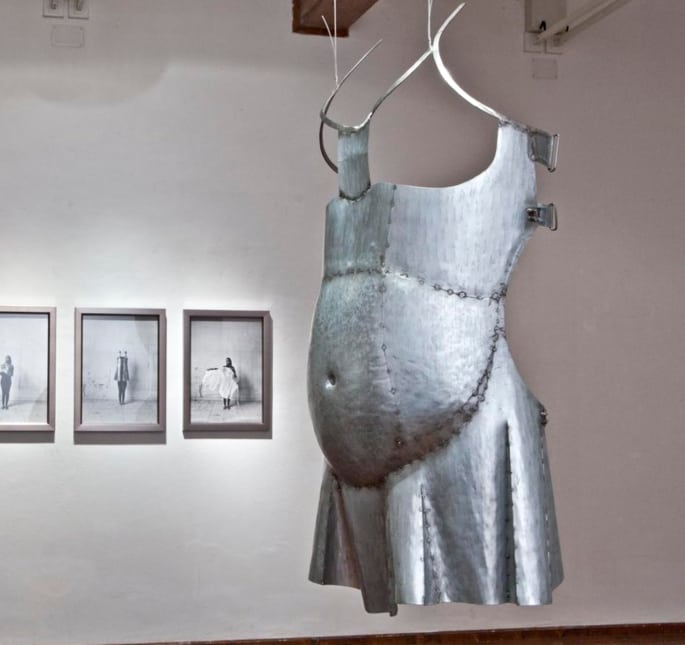 Locations such as New York, Liverpool and Mumbai have had art shows with Khan’s unique sculptures.

They have established her as one of the best contemporary Pakistani artists. 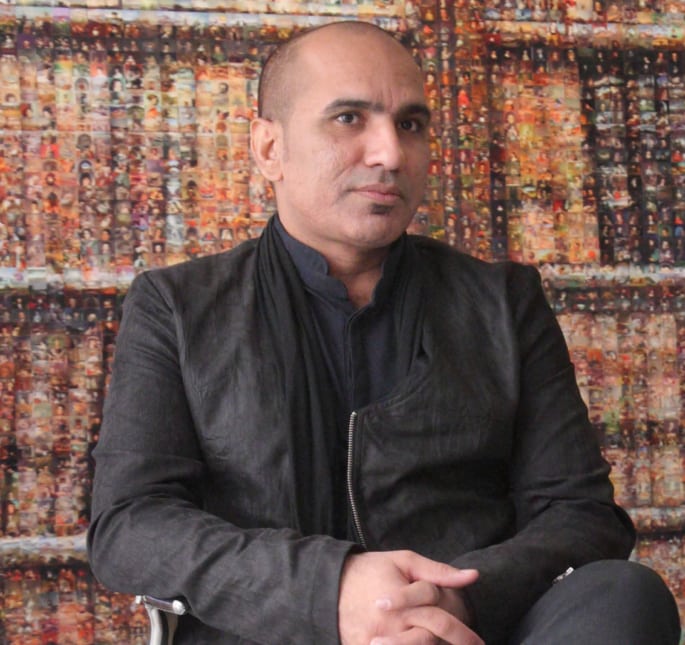 This contemporary artist uses technology to create his works of art.

He produces software-generated composite photomontages either in a traditional frame or digitally draping 3-D objects.

Rana originally trained in traditional painting techniques but began experimenting with digital media during the 1990s.

They are deliberately controversial but popular in the art world.

Visually, Rana’s work initially represents ideal beauty, but it is actually based on the increasing troubles of modern society. 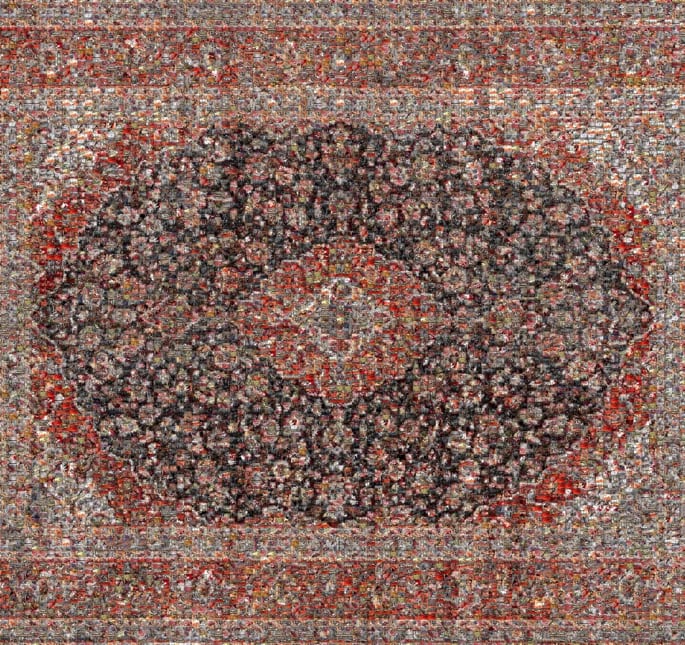 The growth of art in South Asia has led to Rana to return to teaching art.

He is the head of the fine-art department at Beaconhouse National University in Lahore to teach his art styles to future artists. 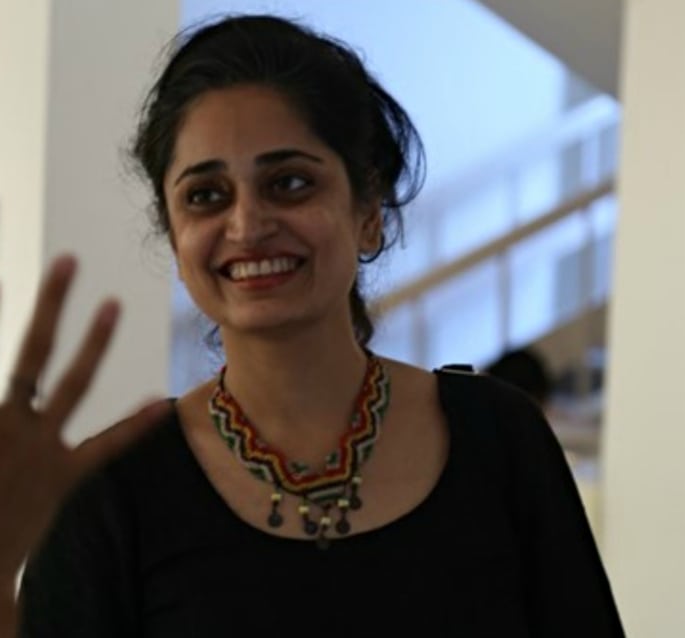 Batool is both a contemporary artist and art historian who has been involved in art since 1993.

She writes about different aspects of fine arts for journals.

Her style of modern art is splicing together photographs, then mounting them behind a lenticular lens.

This makes them appear animated and three dimensional.

Batool’s work explores the effects of consumer culture, relationships between the state and its citizens.

Nai Reesan Shehr Lahore Diyan from 2006 is one of Batool’s most iconic pieces.

It is of a young woman which is a cross between the ordinary and the divine.

She is skipping rope in front of a burnt-out building in Lahore. 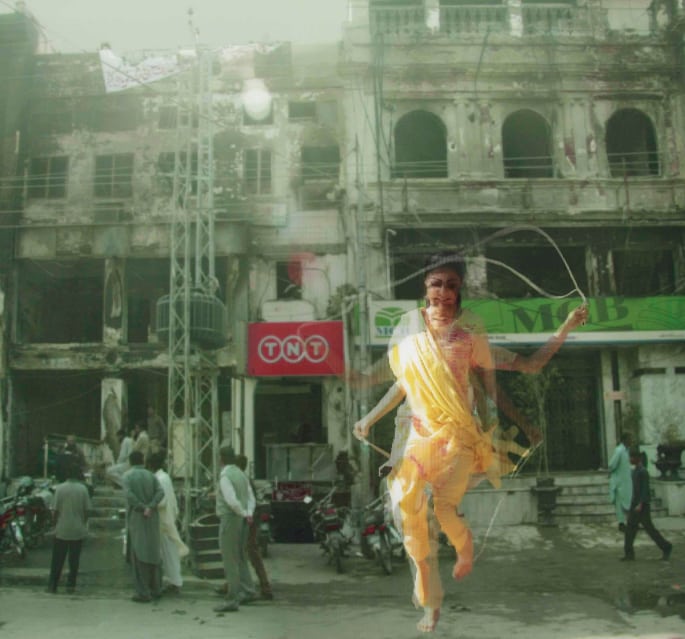 It highlights a cross between the religious and the secular which shows a unique side of Pakistan, rarely seen.

Her blend between normal and extraordinary makes Syeda one of the most unique contemporary Pakistani artists. 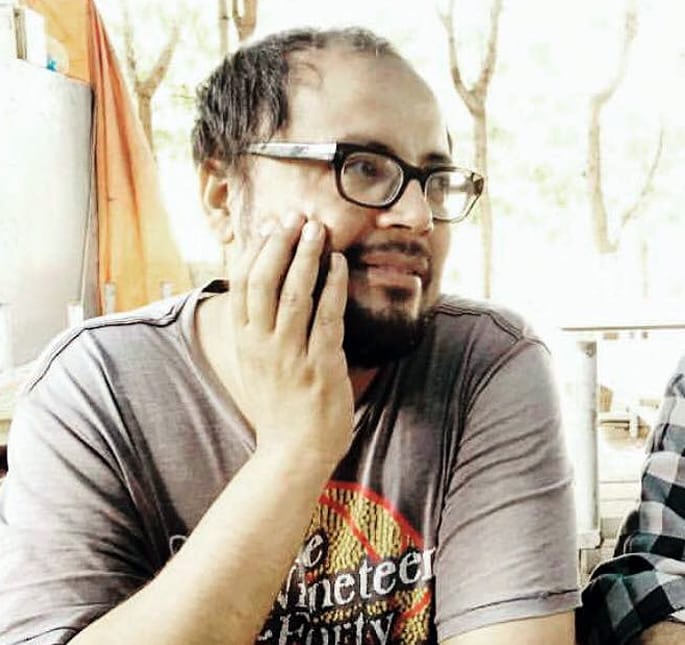 The Karachi-based artist gets his inspiration from popular culture and references them with individual concerns in his works.

Habib’s work shows an oppressive world, no matter how brutal, is natural.

One of his prominent works includes a wolf’s carcass looking through a pair of binoculars towards a utopian landscape.

He enhances it with intricate colours, lucid waters to create a perfect atmosphere.

This skewed knowledge creates a false universe where Habib explores. 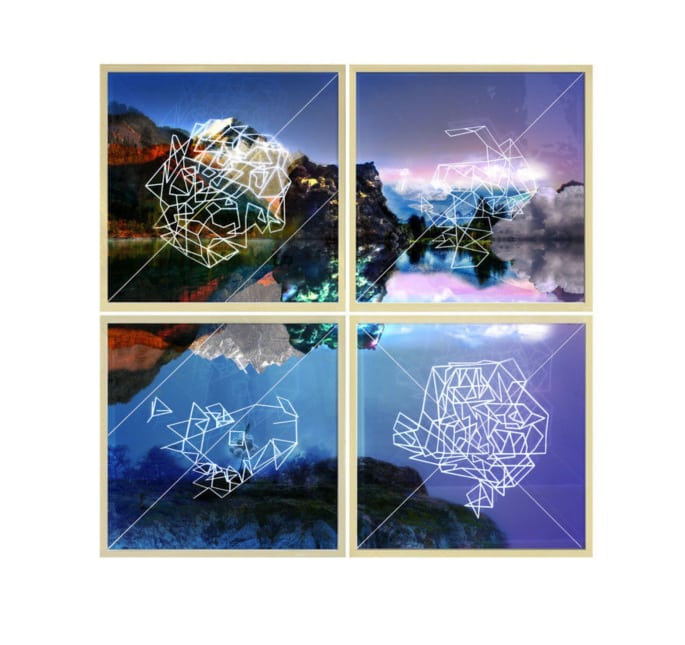 His sculptures incorporate digital media and modern technology to present his contemporary ideas.

His variety of work makes him a creative contemporary Pakistani artist. 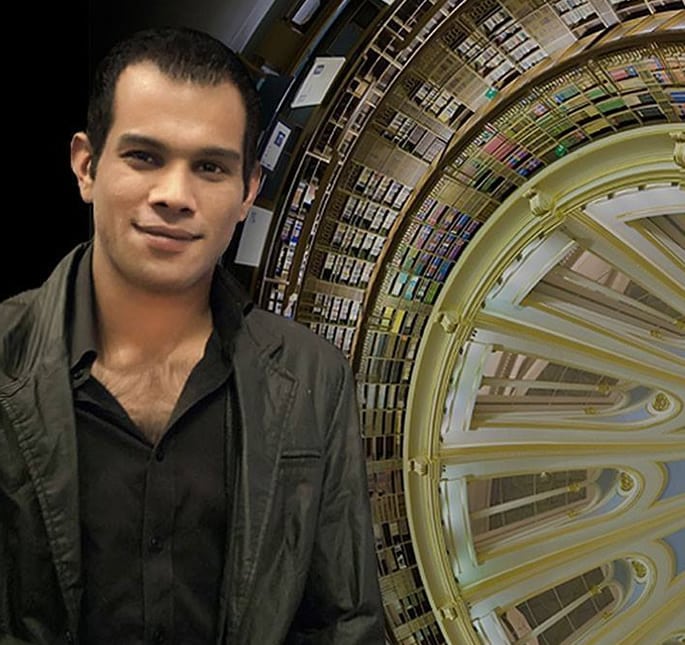 One of the new upcoming contemporary artists, Sajjad Ahmed has quickly risen to prominence since 2007.

Within two years of graduating from Beaconhouse University, his work became popular with international curators and buyers.

He uses images from the media and history to create work to highlight the decline of ideas and images in modern life.

He argues that the importance or meaning of an image is hardly noticed anymore.

Sajjad’s method is converting reality into consumer items for the sake of art is shown in a number of works.

He references iconic paintings such as the Mona Lisa and works by Ahmed Warhol.

This suggests the latest custom of treating art as a means of investment.

His contemporary art form derives from what interests him.

Many of his artworks are of photo images from the perspective of an aeroplane window.

Ahmed’s work carries meaning as well as a sense of detachment.

Despite him being part of the art scene for a short while, Ahmed has established himself as a leading Pakistani artist. 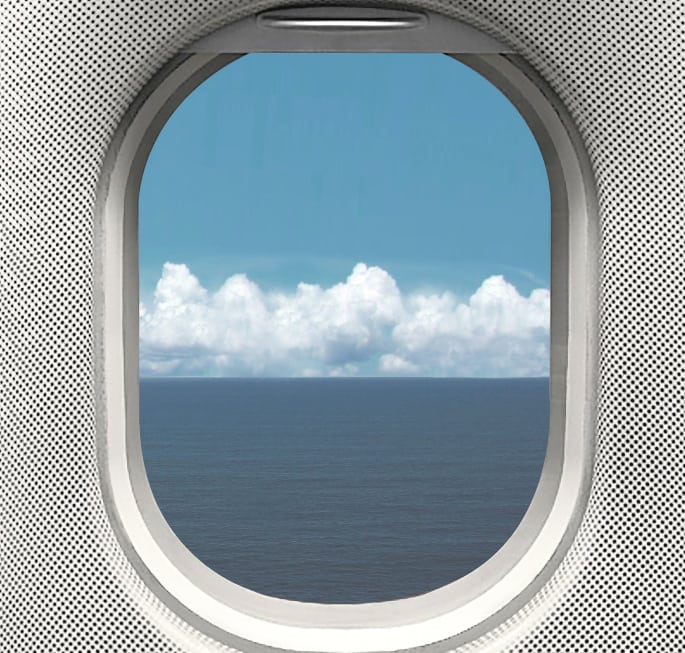 Pakistani artists have quickly risen to prominence because of their diverse art projects.

They use different methods to create their works of art.

It acts as a platform to address wider issues in the world.

These are just a sample of contemporary Pakistani artists who use their art to showcase real-world issues.