US rapper 50 Cent is undoubtedly keen to work with Zayn Malik, as he has been publicly praising the young singer. But will he sign Zayn under G-Unit Records?

“His vision is always different from what it is in the group...like Justin Timberlake.”

Life after One Direction seems to be no less hectic for Zayn Malik, as a number of A-list celebrities have expressed interest in working with the singer.

The latest ‘job offer’ comes from chart-topping and award-winning US rapper 50 Cent, who spoke candidly about signing Zayn under his label, G-Unit Records.

The ‘21 Questions’ and ‘P.I.M.P’ rapper told US website, The Daily Beast, in a recent interview that he was serious about taking Zayn under his wings.

His statement should not be taken lightly, as 50 Cent has shown his appreciation for Zayn’s musical talent on more than one occasion.

Around two weeks before the Bradford singer announced his departure from the band, 50 Cent already wanted to snap him up.

The Grammy-winning rapper told The Sun in mid-March 2015: “If Zayn wants a rap career, just because of who he is, he is going to sell records.

“But if he wants to be credible he has to be with the right people.”

He added: “I’d happily sign him up to my label, mentor him and have him working with the biggest rappers on the planet.”

After Zayn made his first solo appearance at The Asian Awards in late April 2015, the Get Rich or Die Tryin’ (2005) actor made another attempt to lure the British Pakistani heartthrob. 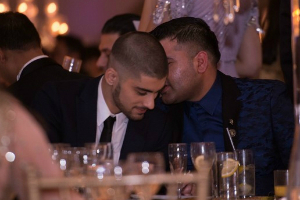 Commenting on the comparison, he added: “That was ballsy of me to say that…But it is one of those things that you can see something interesting come out of him selecting what he wants.”

Since founding G-Unit Records in 2003, he has signed a number of hip-hop artists, such as Lloyd Banks and Young Bucks, and achieved commercial success with their album releases.

With the backing of one of the best rappers in the US, it is hardly a bad thing for Zayn to join the G-Unit crew and take a hip-hop turn.

And let’s not forget he is very close to two key figures in the industry who are no stranger to breaking boundaries. 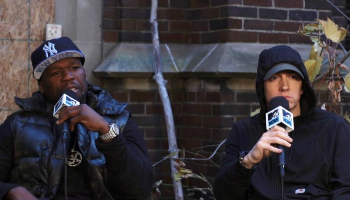 While Dr. Dre is the founder of Beats Electronics, Eminem is arguably the best white rapper of all time.

Besides, this could be the golden opportunity for him to build on the fan support that he had gathered in the US during his good old days with One Direction.

Having recently dropped ‘1D’ from his Twitter name, it seems Zayn is ready to go full-throttle with his solo career – be it acting or singing.

There is no question 50 Cent is serious about doing business with Zayn, one way or another. But it will be interesting to see if it is going to spark some sort of online spat from Naughty Boy!

Scarlett is an avid writer and pianist. Originally from Hong Kong, egg tart is her cure for homesickness. She loves music and film, enjoys travelling and watching sports. Her motto is “Take a leap, chase your dream, eat more cream.”
British Asian diva Bishi performs at Alchemy 2015
Fateh Doe ~ The Punjabi Rapper on a Mission