Do you love eating white rice but are afraid of gaining weight? DESIblitz presents 5 healthy substitutes that you can try as part of a balanced Desi diet.

white rice can be unhealthy especially when consumed in large amounts

The best part of being Desi is the unlimited opportunity it allows for appreciating Asian cuisine like chicken curry with steaming white rice.

But as good as Asian foods are to indulge in, white rice can be unhealthy especially when consumed in large amounts.

DESIblitz explores five healthy alternatives that you can try, to replacing your craving of rice with some equally delicious alternatives.

White rice is a basic staple food of Desi cuisine. But consuming it in large amounts can be quite bad for you.

The reason for this is that white rice is milled to remove the outer layers of grain, and by doing so, much of its nutritional value gets lost.

A safer, and relatively more healthy alternative is brown rice. Brown rice retains the entire grain, giving it a slightly denser texture to white rice, but one that retains its nutritional content and fibre. 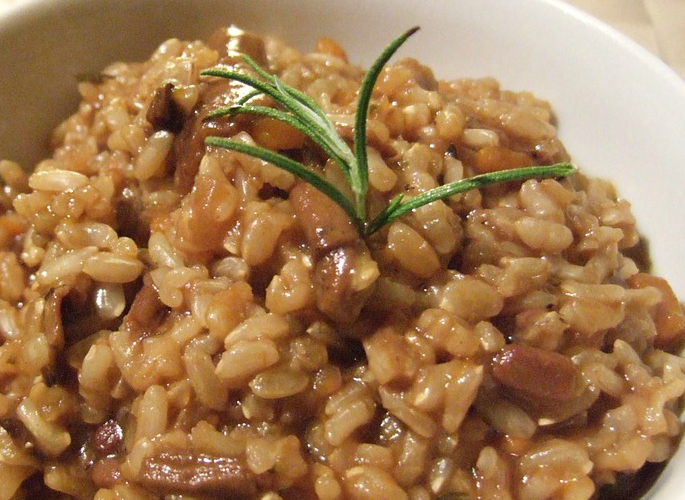 Brown rice can be used as an alternative for white rice in some Desi dishes. Brown Basmati rice is great for using in pilaf.

Alternatively, you can create casseroles and baked dishes with long-grain brown rice.

Medium-grain brown rice has a more tender and softer texture that is ideal for paellas and risotto. 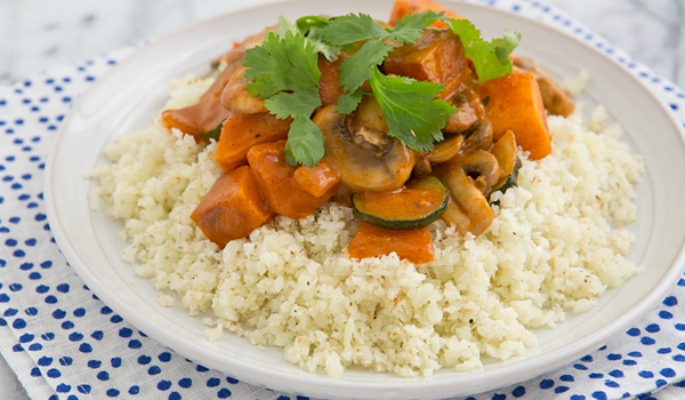 While it can be seen as an unusual substitute to classic white rice, cauliflowers are grain free and gluten free. They are however, packed to the core with nutrients.

These include, vitamin C, manganese, vitamin K and fibre. Cauliflower is lauded for its many health benefits.

It contains numerous antioxidants and anti-inflammatory benefits, as well as aiding in digestion.

To turn your cauliflower into rice, blend with a food processor.

Then top with your favourite meat or protein and vegetables, and you’ll be left with a ‘fried rice’ dish that tastes heavenly. 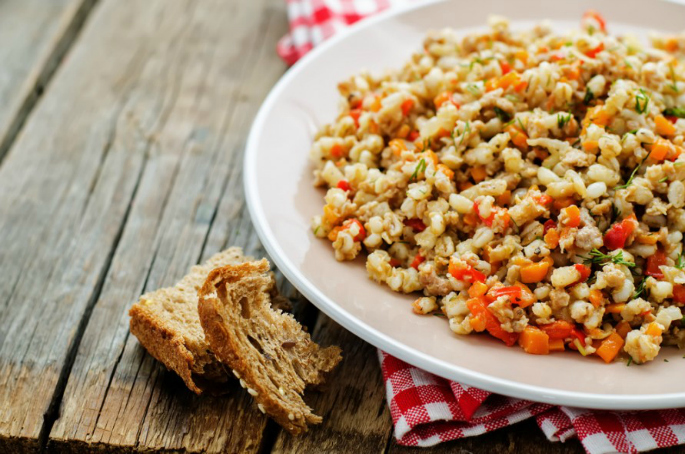 Barley is another great alternative to white rice.

The cereal grain is rich in many vitamins and minerals like niacin and selenium. Both of these elements are great for a healthy heart.

Barley also houses a lot of zinc, potassium and calcium, all of which benefit the liver and intestines.

It also contains a great source of fibre as well as copper, phosphorous and manganese.

Barley is hugely versatile and has a rich nutty flavour. It has a similar consistency to pasta and can be used in a range of Desi dishes.

Try making an Indian pilaf with cooked barley and sautéed mushrooms. Barley is also a great addition to stews and soups. 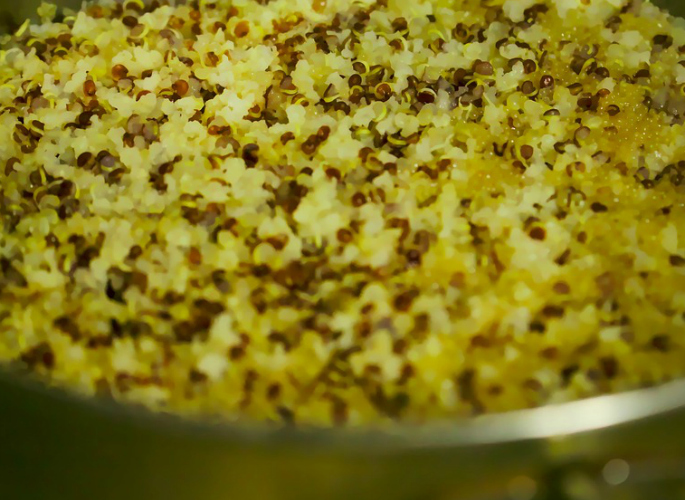 Quinoa is another starchy grain that has a mild nutty flavour. It’s chewy texture is similar to that of rice and as a food is a great source of amino acids.

It is commonly used as a vegetarian or vegan substitute because it packs a lot of protein.

A healthy grain, quinoa is high in fibre, riboflavin, folate and iron.

It is great in Desi dishes because it can be easily mixed with herbs and spices. It can also be used in breakfast as an oatmeal alternative, and can simply mixed with milk and honey. 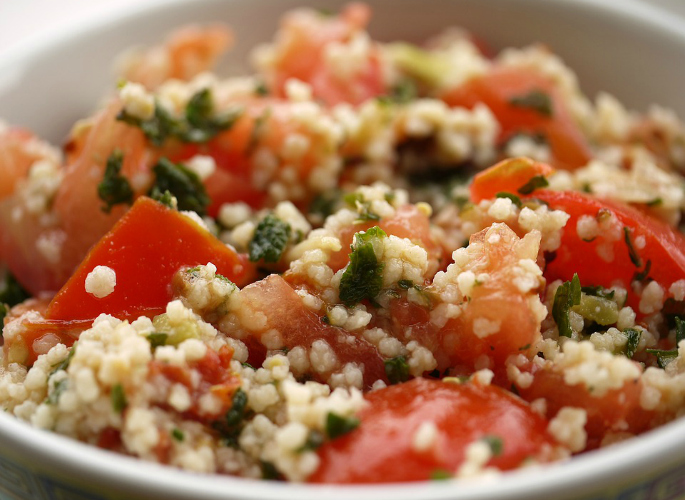 Couscous looks healthy but it is really a simple carb, with nutritional value similar to white pasta.

Its popularity has grown because it is such a versatile food and can be used in many dishes.

Couscous mixed with other spices is very flavoursome, and a simple couscous salad will do just the magic that white rice will do.

You can mix couscous with all kinds of ingredients. Try experimenting with Desi spices, tomatoes and splashes of lemon.

So with these tasty and delicious alternatives in mind, try switching out the white rice in your diet and enjoy some healthy substitutes.

Talha is a Media Student who is Desi at heart. He loves films and all things Bollywood. He has a passion for writing, reading and occasionally dancing at Desi weddings. His life motto is: “Live for today, strive for tomorrow.”
Indian chef wins Asia’s 50 Best Restaurants 2016
Food Tips and Tricks you Need to Know