"street-style dancing that captures the imagination of the young, seems free and rebellious"

Running between May 20 and May 22, 2016, Navadisha (meaning ‘New Direction’) is a trailblazing international summit for classical and contemporary dance.

The three days will see panel discussions, performances and exhibitions. Keynote speakers include the likes of Akram Khan, Shobana Jeyasingh and Mavin Khoo who will each debate the status of South Asian dance in Britain.

Piali Ray, (director of Sampad Arts and the Conference Moderator) believes that the main aim of Navadisha is to ‘explore which direction the new generation of dancers are taking South-Asian dance in the country’.

She further added: “We have new audiences, we have new stories. The stories we had in old classical dance were either mythological religious or strongly connected to the Indian sub-continent. Whereas the stories that’s emerging from the new generation of dancers are here and now in 21st Century, England.” 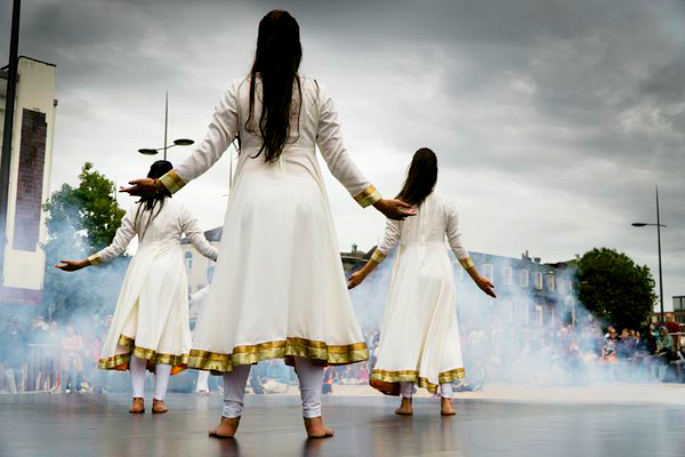 There were several mesmerising Bharatanatyam and Kathak performances which encompassed the traditional essence of the art.

Hiten Mistry performed to a Sanskrit piece titled, ‘Ardhnari Stuti’ which talks about the ‘masculine or feminine principles within this particular god, where we see Shiva and Parvati emerged and fused into one form.’ Hiten has been training as a Bharatanatyam dancer for approximately 17 years.

Parbati Chaudhary did a Kathak piece on ‘Abandish’, which is a melodic composition: “It can be technical or expressive. But whenever I’ve danced to Abandish, I always feel that there is a layer of narrative flowing through it,” she said.

“It’s quite an intense piece, it draws the audience in.” One expects to see more from Parbati on May 22, 2016.

Succumbing to the concept of ‘Navadisha’, there were also some fusion acts. Shane Shambhu represented an excerpt of his light-hearted, autobiographical piece called ‘My Inside Playground.’ This was a unique combination of acting and Bharatanatyam:

“One of my goals is to highlight the narrative and dramatic elements of Bharatanatyam in the UK. Across the globe, the idea of Indian dance is still rooted in the image of dance. When we talk about acting and theatre, it is not recognised that Bharatanatyam is inherent dance and theatre.” 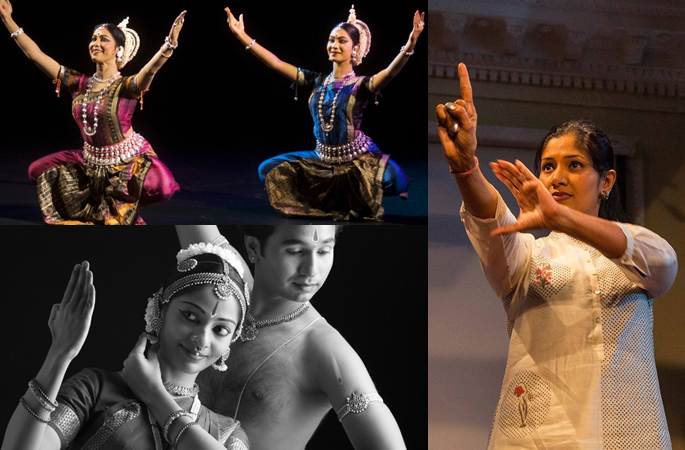 Through this performance, Shane reflected on how race/language are perceived and how this subsequently forms our identity. Shane will be touring with this piece in Spring 2017.

One of the thought-provoking acts of the evening was Divya Kasturi’s Bharatanatyam piece. Her act was an excerpt from the stage-performance called ‘Forgot Your Password’. This dance depicts the idea of hacking and how it steals one identity.

According to Divya, this idea stemmed from her personal experience: “It has Bharatanatyam, Kathak, spoken text and 3D Hologram technology. It’s the first of its kind to integrate South-Asian dance with technology.”

The evening also sparked debates on whether South Asian dancing has changed or evolved since the Navadisha 2000 conference. In response to this, international artist Anita Ratnam said:

“We’ve seen the great rise in Bollywood in the last 15 years, so contemporary Indian dance has somehow become aligned to what we see on screen through Bollywood. When it’s sometimes not what we expect or familiar, our own people tend to dismiss it and not take it seriously.”

As such, we prominently see Western, street-styles performed in several TV shows and films. In relation to this statement, Anita answered: “We are finding that there is an amazing talent out there.

“But what happens when we have street-style dancing that captures the imagination of the young, it seems free and rebellious. Classical dance is not necessarily about the ‘here and now’ but about ideals and something precious.” 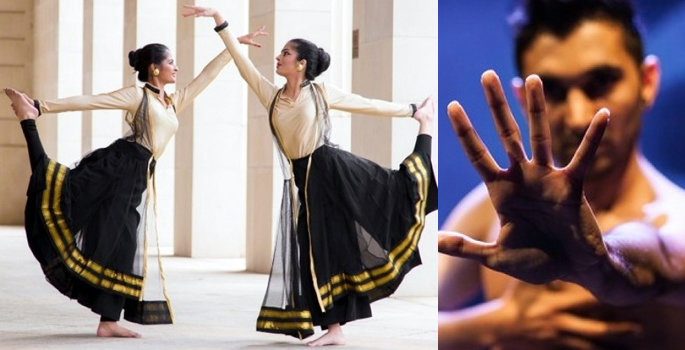 Commenting on the main conference to take place in Birmingham, Chitra Sundaram expressed: “The panels that we have put together, each panel will come out with some action for resolution.”

She added: “Two panels will be presented to the plenary. Once the panels have finished one after the other, the audience can ask questions and the panels can also ask each other. It’s going to be a joint effort at creating a whole new game-plan mapping out what needs to happen in the next few years (in regards to the future of South-Asian dance).”

Overall, the main objective of Navadisha 2016 is to celebrate, deliberate and collaborate. According to Chitra, the agenda of the summit is to ‘stimulate, steer and secure the place of South Asian dance on British landscape.’

The event itself is aimed at young and established dancers, teachers, students, academics, dance agencies and promoters.

The launch is in conjunction with the International Dance Festival Birmingham (IDFB), who will also be showcasing a special South Asian Dance weekend.

For more information or to register, please visit the Navadisha website here.