Shahid Kapoor and Mira Rajput are married! DESIblitz looks at the massive reaction on Twitter, from the Bollywood stars congratulating the couple, to the heartbroken fans.

"There is no way Shahid Kapoor’s getting married, this can't possibly be real?"

After being linked romantically to various Bollywood stars throughout his career, Shahid has settled down and is set to begin a life of marital bliss.

Bollywood stars all took to Twitter to offer the couple well wishes and congratulations.

Congrattts @shahidkapoor on the Asli VIVAH. ..???????? Besties to U & the Mrs for a blissful married life!!

Bipasha Basu, though she is rumoured to be a former beau of Shahid, tweeted ‘congratulations @shahidkapoor’ and continued sweetly:

“You and Mira look very cute. Stay blessed together forever.”

The list of co-stars wishing Shahid and Mira well just goes on, as Riteish Deshmukh said ‘congratulations my friend’.

Congratulations Mira & @shahidkapoor! U make a gorgeous couple! Wish u a beautiful life together! #happilyeverafter

Congratulations @shahidkapoor and Mira Rajput. May God shower all his blessings on you. Lots of health wealth happiness & love

The actor deliberately arranged his wedding to be an intimate day, with only his family and friends present. 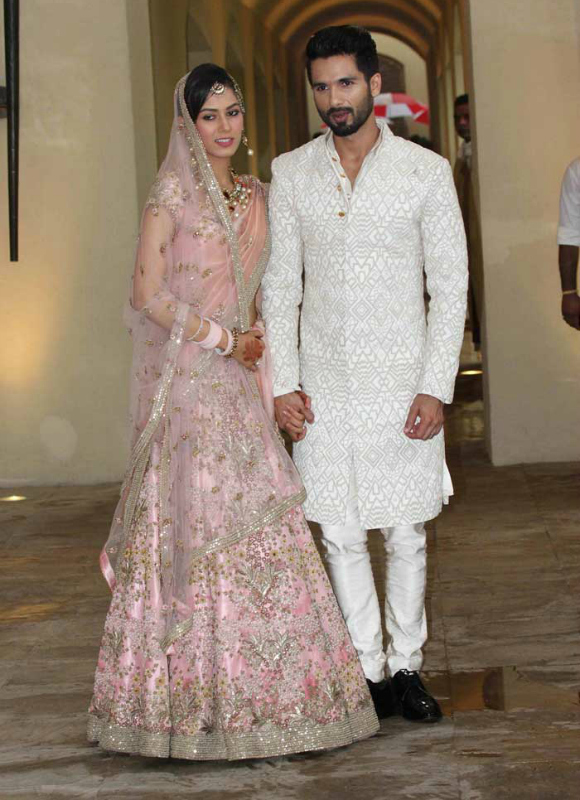 Yet his wedding reception party, which will be on July 12, 2015, is set to be the biggest Bollywood party of the year, and Shahid’s actor friends are already excited for it.

Lauren Gottlieb showed she couldn’t wait to start celebrating, when she tweeted ‘congratulations’ and ‘wishing you and Mira a blessed journey’, and then continued: “Celebrating next week #JhalakReloaded style!”

Bollywood stars aren’t the only people to be getting excited about the wedding however.

Shahid’s fans took to Twitter in droves, and the hashtags #ShahidMiraKaSangeet and #ShahidKiShaadi began trending as soon as the news broke that the wedding had happened.

The hashtag #ShahidKiShaadi was seen at the number 1 spot for trending worldwide at one point during the 7th July 2015, and it was also number 1 in Indian, Pakistan and UAE.

Fans also offered their congratulations, with Bhiii saying the couple were “looking so cute” and asking them to “stay blessed.”

However, some of Shahid’s fans took the news rather badly; some could not believe Shahid was now off the market. 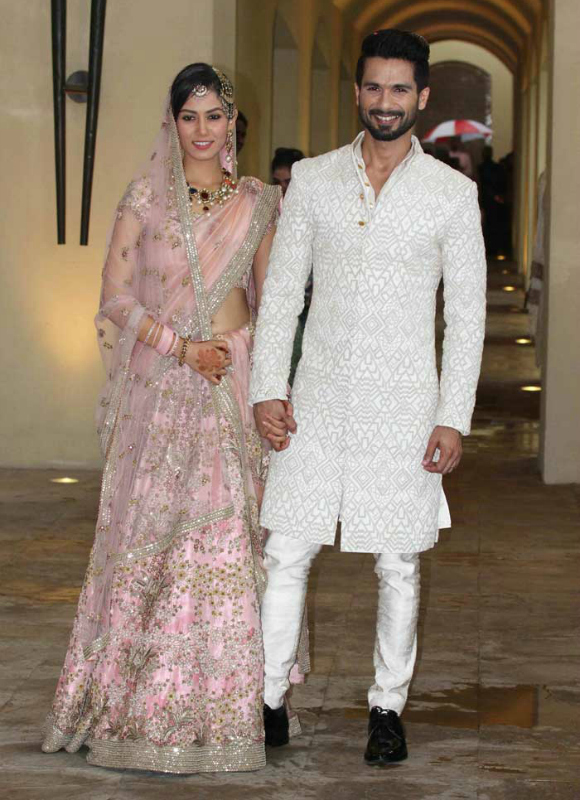 Malini tweeted: “There is no way Shahid Kapoor’s getting married, this can’t possibly be real?”

“SHAHID KAPOOR IS GETTING MARRIED WHAT?! This can’t be real we didn’t even meet yet?”

Some fans simply did not seem to be able to control their sorrow at seeing Shahid tying the knot, with Nazia saying: “Shahid Kapoor getting married will break too many hearts…”

This hurts.???????? last day of his bachelorhood. :p #ShahidMiraKaSangeet https://t.co/Ddvh7iySa7

When Shahid posted his first photo of the wedding on Instagram, fans had to console each other. One fan, Farhhat Sikder commented on the photo: “I’m so happy and sad at the same time”. This was a common sentiment on Twitter too:

Okay agreed my heart’s also broken up about #ShahidMiraKaSangeet but like let them marry in peace! I’m happy in his happiness

Rashen Anigans replied: “I know, my heart cried yesterday… when I found out,” whilst Kashish commented: “So he broke my heart too,” and Pyaari Bacchi said: “U were my 1st crush.”

So, despite attempting to have a low-key wedding in Delhi, Shahid has still managed to draw attention as Bollywood stars and fans alike take to social media to share their thoughts on the wedding.

Now that Shahid is off the market and preparing to embark on his married life with Mira, his fellow actors and fans alike will await the excitement of his reception party on the July 12, 2015.

Eleanor is an English undergraduate, who enjoys reading, writing and anything media related. Aside from journalism, she is also passionate about music and believes in the motto: “When you love what you do, you’ll never work another day in your life.”
Shahrukh Khan reveals Fan teaser
Love, Dating and Desi Rascals by Owais