A senior Asian policewoman in Britain has filed a legal complaint against the Metropolitan Police. Parm Sandhu has accused them of racism and sexism.

"It would be inappropriate to comment further at this stage."

She has accused London’s Metropolitan Police of discriminating against her in terms of gender and race.

She alleged that she has been denied promotion and work opportunities several times during her 30 year-long career with the force.

Sandhu filed a lawsuit after she was cleared of the allegations relating to gross misconduct to garner support from her colleagues to get nominated for a Queen’s Police Medal.

National Police Chiefs’ Council guidelines state “any person can nominate any other person for an honour”. However, they are not permitted to nominate themselves.

As part of her honours’ list to serving police officers in the UK, Queen Elizabeth II awards the honour two times a year.

It is to recognise distinguished service or outstanding courage in the line of duty.

“A temporary chief superintendent currently attached to human resources was served with a gross misconduct notice on Wednesday 27 June and has been placed on restricted duties.”

Even though Scotland Yard confirmed that an employment Tribunal case came up, the date for it to be heard was not confirmed.

A spokesperson said: “It would be inappropriate to comment further at this stage.”

In June 2018, an internal probe against Sandhu in the case of misconduct of nomination. She was placed on restricted duties.

In June 2019, the investigation concluded that Sandhu had “no case to answer” and would face no further action. Restrictions on her duties at work were subsequently lifted. 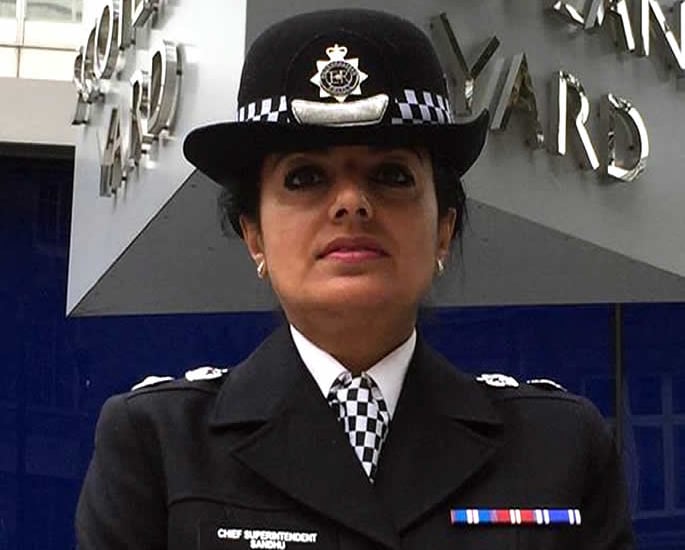 “The Met’s directorate of professional standards began an investigation into the conduct of three officers following an allegation they breached guidelines relating to the UK honours nomination process.

“The investigation concluded in June 2019 and found there was no case to answer for gross misconduct or misconduct in relation to any of the officers.

“The [discrimination] claim will be heard on a date yet to be confirmed. It would be inappropriate to comment further at this stage.”

A detective superintendent and an inspector were also cleared of misconduct.

Parm Sandhu is one among the few female Asian police officers at senior levels across England and Wales.

The 54-year-old Asian policewoman, who joined the Met in 1989, alleges that she would have progressed faster and further if she had not been discriminated against.

In 2018, there were six Asian chief superintendents and three officers at a higher rank. Most of them were male.

The first hearing is due to take place in the week commencing July 15, 2019.

Dhiren is a journalism graduate with a passion for gaming, watching films and sports. He also enjoys cooking from time to time. His motto is to “Live life one day at a time.”
Pakistani Police Beat and Attack Women in Multan Home
Indian Man stabs and kills Woman after Friendship Spat