Pakistani police officers are seen on video barging into a house in Multan and violently beating and attacking three women of the household.

the video shows the policeman violently slapping the women

A traumatic video has surfaced showing Pakistan police officers entering a house with women inside and then violently beating and attacking them.

The CCTV video shows three women who are subjected to this treacherous ordeal at the hands of police officers from Mumtazabad police station.

One police officer is seen entering the house and approaching a woman dressed in yellow traditional attire who is sitting down, while another stands by.

He then strikes the woman harshly with his hand as she sits and orders her to get up.

The officer walks behind her showing his authority with other officers in the room. 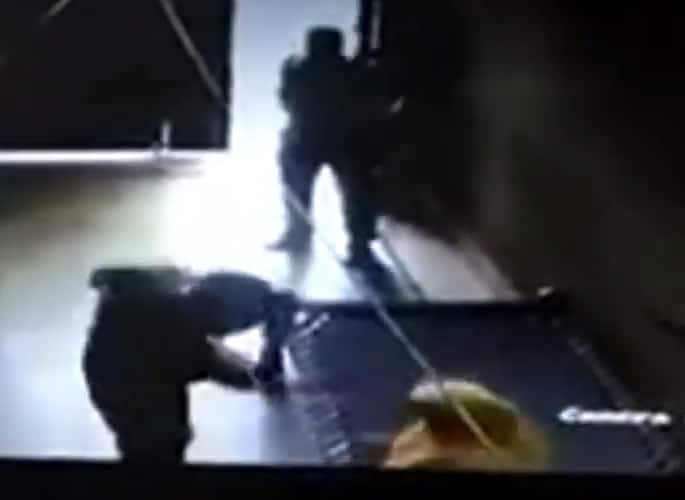 Another woman is then seen entering the house wearing black attire. Following her is another lady wearing pink clothes.

The officer stands around the three women saying things to them. By now, other officials are around with one standing at the doorway during this part of the incident.

Subsequently, the woman in yellow and the officer leave but he is then seen entering the house once again.

This time he targets the woman in pink. He manhandles her and takes her to the centre of the room and moves away the dupatta from her face and grabs her head holding it up with one hand. 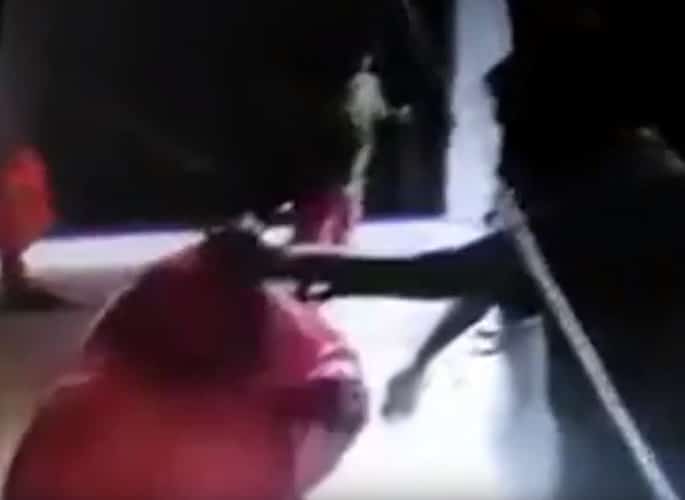 The official then is seen with the other hand viciously attacking the woman and hitting her on her face a number of times with hard slaps.

He pushes her and drags her back while he hitting her. After letting her go he moves towards the woman in black but still lashes out again at the woman in pink across the room.

The woman in pink quickly makes an exit out of the door of the house in fear.

The officer then stops at the doorway and starts hitting and slapping the woman in the black clothes, forcing her back into the room away from the entrance of the house.

He is seen shouting and saying things to her.

During the whole incident young children are seen running around looking scared and bewildered as to what is going on.

Voices are heard in the video where a woman says “there were no lady constables with them” and one man says “look at how he is beating my wife”.

City Police Officer (CPO) Muhammad Zubair Dreshak has immediately ordered an inquiry into the incident captured on the video.

According to sources, a team of police officials from Mumtazabad police station entered into a house, owned by a man named Muhammad Sajjad, and attacked the women present in the house.

The CCTV footage from the video shows the policeman violently slapping the women and pulling their hair.

See the footage of the incident: 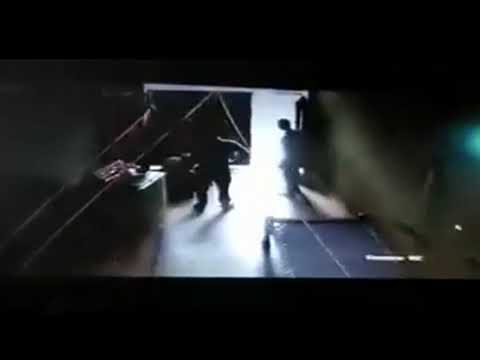 As a reaction to the claims, the police have said that they were investigating the house being used for immoral activities.

However, the owner has alleged that due to a land dispute with relatives, the cops came to teach them a lesson and threaten them.

The incident has come to the attention of Punjab Chief Minister (CM) Sardar Usman Buzdar, who has ordered the suspension of the SHO Mumtazabad with immediate effect.

Buzdar has urgently directed the CPO Multan to immediately hold an inquiry and to submit a report, saying that the police are meant to be responsible for the protection of the life and property of the people and not seen as breaking the law in this manner.

Nazhat is an ambitious 'Desi' woman with interests in news and lifestyle. As a writer with a determined journalistic flair, she firmly believes in the motto "an investment in knowledge pays the best interest," by Benjamin Franklin.
Lord Swraj Paul donates £1m for new London Zoo Reserve
Top Asian Policewoman suing Met Police over Racism & Sexism