Tiger Shroff is ‘Getting the disco Grove back – 2.0 Style!’

Tiger Shroff is set to put on his disco dancing shoes as he takes the lead from Mithun Chakraborty’s ‘I Am A Disco Dancer’ and changes it to ‘2.0 style’.

“Congratulations sir on your new song luv u”

Bollywood actor Tiger Shroff will be seen stepping into the shoes of Mithun Chakraborty for the rendition of the popular song, ‘I Am A Disco Dancer’ from the film Disco Dancer (1982).

The 1982 film revolves around street singer Anil (Mithun) who is ousted out of Mumbai with his mother.

Soon after he becomes a successful performer, however, his past comes back to haunt him.

‘I Am A Disco Dancer 2.0’ will showcase Tiger Shroff at his dancing best as he features in the recreation of the iconic song.

Tiger is certainly one of the best dancers in Bollywood alongside actors Shahid Kapoor and Hrithik Roshan.

Originally featuring Mithun Chakraborty, ‘I Am Disco Dancer’ was composed by the legendary singer Bappi Lahiri.

Tiger took to Instagram to share the exciting news with his fans with a picture of the poster.

Tiger is seen wearing shiny black trousers with slits at the knees teamed with a sheer black sleeveless vest and black sunglasses.

He can be seen striking a pose in front of a large disco ball. He captioned it:

“Getting the disco Grove back – 2.0 style! I am a Disco Dancer 2.0. Dropping on Wednesday 18th  March. On the Saregama Youtube channel.”

Fans took to the comment section to express their joy. One user said, “Congratulations sir on your new song luv u” while another stated, “Jaw dropping.”

‘I Am A Disco Dancer 2.0’ has been composed by the duo, Salim and Sulaiman and has been sung by Benny Dayal.

Meanwhile, on the acting front, Tiger Shroff was last seen in the action franchise Baaghi 3 (2020).

However, according to several reports the film’s box office figures will be affected if there are closures of cinema halls. This closure will be due to the outbreak of the Coronavirus.

The deadly virus, not only affects health, it is affecting daily life, income, weddings and more aspects of life.

On a lighter note, we look forward to seeing Tiger Shroff dance to ‘I Am A Disco Dancer 2.0’.

Watch the Original I Am A Disco Dancer 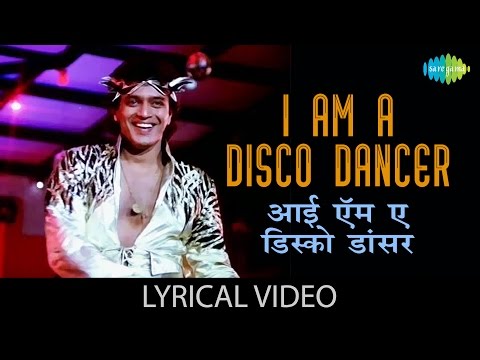