The Impact of Gay Marriage on British Asians

Gay marriage is to be legalised in the UK. But how will this affect British Asians who are gay or lesbian? Will the possibility of marriage ever be acceptable for them?

"I just don't know how to carry on living a 'happy' life whilst being lesbian."

The British Government has voted in the House of Commons for passing of the bill to legalise gay marriage in the UK.

Supporting the Prime Minister, Deputy Prime Minister and Liberal Democrat leader, Nick Clegg said: “No matter who you are and who you love, we are all equal. Marriage is about love and commitment, and it should no longer be denied to people just because they are gay.”

However, nearly half of all Conservative politicians voted against it in February 2013, and many party activists still remain very opposed to the passing of this bill.

The Defence Secretary, Philip Hammond, has openly criticised the bill and is not happy for it to become law. He said: “This change does redefine marriage. For millions and millions of people who are married, the meaning of marriage changes.” 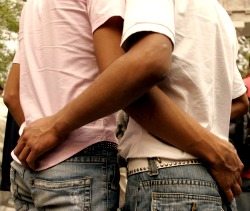 He added: “There is a real sense of anger among many people who are married that any government thinks it has the ability to change the definition of an institution like marriage.”

Religious groups have vehemently opposed the bill. Christian, Muslim, Sikh and other religious factions of UK society have condemned such a bill which contradicts religious values and beliefs.

Protests by Muslim Imams and Christian Clergy have taken the lead on the opposition, describing marriage to be kept as a “sacred contract between a man and a woman” and something they say “cannot be redefined.”

But supporters of the homosexual and lesbian way of life insist that the law should allow equal rights to marriage as those who are in a heterosexual marriage. The law alludes towards gay marriages being allowed to take place in faith-led institutions but not forced.

Therefore, giving the choice to the institution to “opt in” to holding ceremonies if they want to hold gay weddings. The bill specifies that the Church of England and Church in Wales would be banned in law from offering same-sex marriages.

So, how does all this affect British Asian society in the UK? This kind of change is a huge and mind-boggling step for many Asian communities who perhaps are still getting their head around a person being gay and in most cases not accepting it as an orientation at all because they believe in the heterosexual relationships as being the only norm. 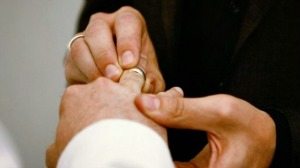 Being gay is not readily accepted by South Asian culture, especially by the core religions from the region and this stands for the majority of communities that follow the same values in the UK.

Most Asian parents would find it next to impossible to accept a child of theirs is gay and most importantly would not know how to deal or cope with it. Those accepting the orientation are low in numbers compared to the majority. Despite claims that Asian society is more tolerating of such changes.

It’s likely, if parents are confronted with a confession from a gay child, responses would include:

‘You’re not a gay. You just think you are,‘ or, ‘If you do something now, you can stop becoming gay,’ or, ‘Maybe you should have done more sports,’ or, ‘Maybe we were not strict enough.’

Dr. Muzammil Siddiqi, a well-known Theologist from Birmingham University, says: “Homosexuality is a moral disorder. It is a moral disease, a sin and corruption. No person is born homosexual, just like no one is born a thief, a liar or murderer. People acquire these evil habits due to a lack of proper guidance and education.”

This shows that being Asian and gay presents far more issues in UK society and that the prospect marriage would not even be considered. 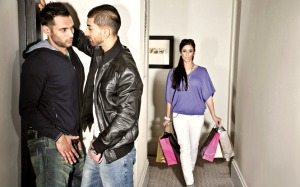 Most British Asian gay men and women live double lives, hiding their truth from their own families and communities, and secretly continuing with their gay relationships outside. Many belong to the core religious groups too, including Muslim, Sikh and Hindu faiths.

As far as marriage is concerned, some Asian gay and lesbians take the step of pursuing marriages of convenience (MOC), where Asian gay men and women marry each other for society’s sake but continue with their gay partners.

Therefore, how does the proposed change in law affect those who are British Asian, gay and living a secretive life? Does this bill even have any relevance or does it give them opportunity to cement their relationships?

Many British Asian gay men and women are in fact married and they live their gay lives in complete anonymity.

Arshad Khan, an Asian gay man said: “Being gay and Asian means we suffer from many more problems than other gay men do and it takes great courage for us to go out on the scene and mix in public.”

A British Asian gay man who wants to marry said: “I’m 38 now. In the next five years, I want to be married to a man and be a dad.”

“I don’t know of any openly gay British Asians, and it would be good to have a handful of them as role models. Even if it is just to say – They did it, and they’re successful and out.”

A young Asian lesbian girl said: “I’m a 14 year old lesbian Muslim living in England. I know that I’ll never accept myself but one thing I really don’t want is losing my family. I’ve been in and out of foster care a lot, and now things are merely stable, I want to try and keep it that way, I just don’t know how to carry on living a ‘happy’ life whilst being lesbian.” 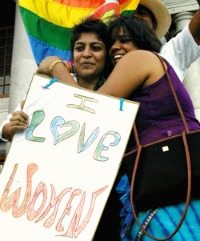 These comments show that British Asians who are gay do often find it very hard to ‘come out’ or be completely open about their orientation. Those that do, frequently face prejudice and problems from family, relatives and their community. Therefore, indicating that the UK bill of law will make little or no difference to them.

Of course, Britain is nothing to the more secular countries such as Pakistan and India. Recently, two Pakistani women arrived in the UK to have a civil registration in Leeds. Rehana Kausar, 34, and Sobia Komal, 29, tied the knot in white bridal dresses.

Kausar later said: “This country allows us rights and it’s a very personal decision that we have taken. It’s no one’s business as to what we do with our personal lives.”

Opposition to a gay lifestyle is strongly upheld by Asian communities who have regularly disputed homosexuality, from letters written to major tabloid newspapers to street protests. Little has been done to subdue the anti-gay sentiments felt by these groups against their own.

But for those British Asians tired of living their secret lives day in day out, where does this leave them?

Faced with the intense blockade of religious leaders and traditional communities, gay and lesbian British Asians don’t even see themselves as acceptable citizens, let alone feel free to live their lives how they wish to. And this is a sad state of affairs indeed.

If sanction to be whoever you want to be is still a far cry away in this modern day and age, then gay marriage simply has no chance of acceptability amongst British Asians.

Prem has a rich interest in social sciences and culture. He enjoys reading and writing about issues affecting his and future generations. His motto is 'Television is chewing gum for the eyes' by Frank Lloyd Wright.
Indian Women drinking Alcohol on the Rise
British Asian Lone Parents on the Rise