With divorce increasing amongst British Asians, a growing society of lone parents has emerged. DESIblitz looks at how British Asian parents and their children have been affected.

"The Asian community, be it family or friends have a huge issue with single mothers."

According to figures from the UK’s Office for National Statistics, just over a quarter (approximately 26 per cent) of households with dependent children are single parent families.

There are nearly 2 million single parents in Britain today.

A proportion of this figure is contributed to by lone parents of an British Asian background. This is due to the rise in divorces and separations within Asian communities in the UK.

Numbers in lone parent families have grown from 8 per cent in 1971 to 26 per cent in 2012, showing a large increase in this social landscape.

The figures are alarming, indicating major issues with relationships and family breakdowns. Especially when applied to those communities of South Asian heritage. With family being the nucleus of Asian households, is this social change a sign of cracks in the Asian family infrastructure, once known to be very strongly bound? 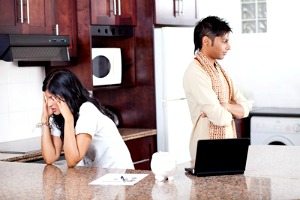 Marriage is still seen as a solid institute to celebrate the coming together of two people and families.

But divorce is also seen as the quick way out of relationships that do not work in a very short space of time, even within British Asian circles.

These divorces and separations tend to result in lone parents when children are involved.

According to statistics in 2012, women account for 91 per cent of lone parents with dependent children, whilst men make up the remaining 9 per cent.

This has lead to some major changes in the social fabric of Asian society which has been known for its resilience and pride in providing nurturing homes for children.

Most likely this is now a trait of the change in generations of British Asians. Access to legal rights which women did not know about in the past, changes in the roles of fathers and mothers and the strain of keeping relationships together in a digital age, all are contributors. 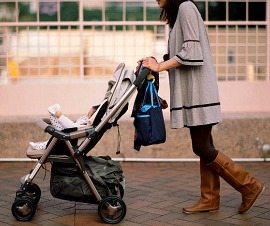 This is a huge contrast to earlier generations who spent most of their life and time focusing on survival, protecting themselves from Western influences, and with the majority of women simply putting up with anything men ‘threw’ at them.

For this change to take place, something has to give, and in this case, it is the price of mothers and fathers no longer bringing up their children together.

British Asian children from lone parent families are in most cases being brought up by the mother with their father not present in the home. Fathers from marital breakups only see their children possibly one to three times a week, and in some brutal cases, never.

Lone parent mothers are facing financial pressures, childcare responsibilities and are challenged with bringing up children who can be emotionally unruly due to not having a secure family unit as they once did. 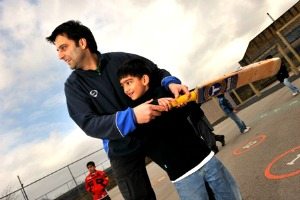 Working single parents also rely heavily on informal childcare, usually grandparents, close relatives and friends or the ex-partner. This adds immense pressure, especially for grandparents, who did not expect to be playing this role, after marrying off their children.

This depicts a very sad reflection of changes to British Asian family life today in the UK.

For Asian lone parents, the challenge is not just bringing up the children but putting up with taints and remarks from within Asian society.

Asha says: “I feel, the Asian community, be it family or friends have a huge issue with single mothers – I feel as though people pity me and my baby and they believe we can’t now have a ‘normal’ happy life.”

Pooja says: “I feel guilty for not being able to give my kids a ‘proper’ family life. The other problem I’m faced with as an Asian woman is that my mum’s narrow-minded friends and some of my family think it’s a big deal for me to raise my kids on my own. I’m lucky that I have a good profession and hence don’t financially have to rely on anyone but I’m an emotional wreck!”

Saiqa says: “Over the past year there are days where I’ve literally felt as though I’m going mad, sometimes feeling suffocated by family and friends with their views and opinions, but if I step back and reflect, I’ve probably achieved more over the past year than ever before.”

For fathers, the strain is no less and in many cases it can break them as a person.

“I think the kids suffer most in these situations. Especially, because they are torn between both parents. I have made a pact with the ex to make sure our breakdown does not affect them. But it’s hard work because I am the outsider now.” 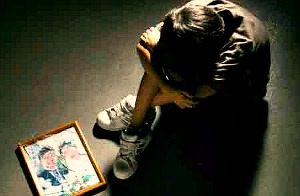 Sandeep says: “Since my divorce, I can only see my children at the weekend due to a court order. I find this very hard to cope with. I get ridiculed by my family for not fighting for my son. It makes me feel very depressed.”

Mehvish says: “Today in the UK, women have more rights than men and for Asians this is hard to accept because in South Asia its mostly the men who have rights. I’ve not seen my children for over three years and am still battling.”

The rise in lone parenting is having a huge impact on the two parents as well as the children. Being Asian makes it doubly hard because family and society makes the situation more taboo.

This raises the point that some British Asian children today will not really know both their parents and not have them in their life fully. Also, it means that children will grow up in new families with step-fathers or step-mothers.

This is a significant contrast from Asian families from the past in the UK, and a sad phenomenon that is very likely continue to rise.

Prem has a rich interest in social sciences and culture. He enjoys reading and writing about issues affecting his and future generations. His motto is 'Television is chewing gum for the eyes' by Frank Lloyd Wright.
The Impact of Gay Marriage on British Asians
Asians running Away from Home